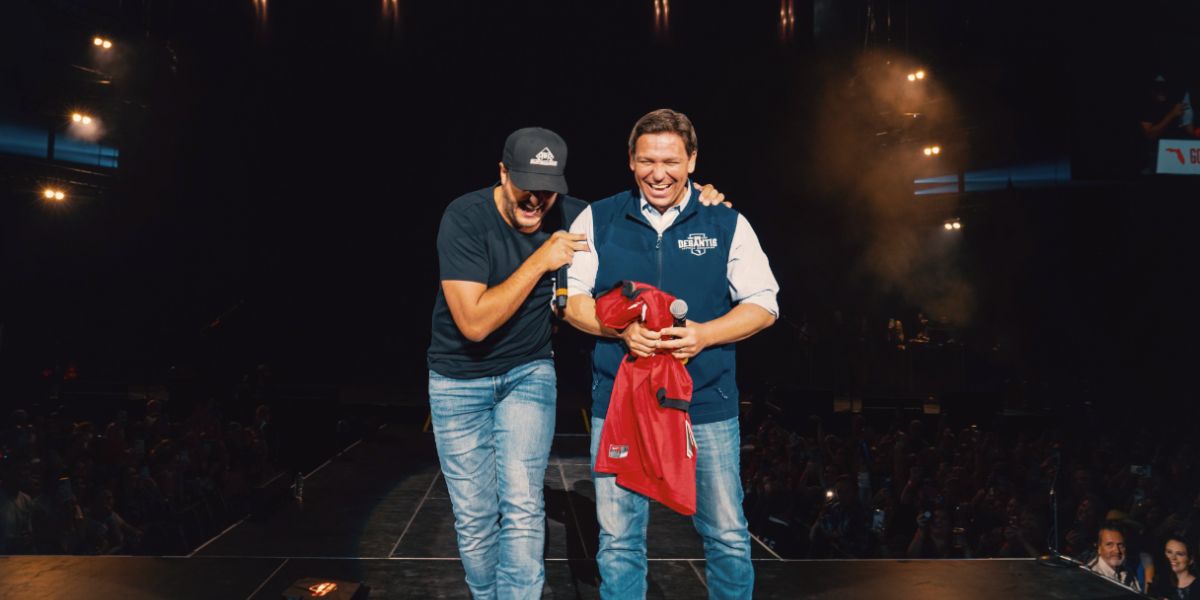 Cancel culture is out of control.

Americans are fed up with the woke mob.

And this country music star brought Ron DeSantis on stage and you won’t believe what happened next.

Bryan said he was raising money for relief efforts following Hurricane Ian and Governor DeSantis appeared to a thunderous roar from the crowd.

DeSantis tossed hats to cheering concert goers and stood next to Bryan and waved.

“We’re going to have some fun and we’re going to raise some money tonight for the great state of Florida,” Bryan stated.

This scene right here of @GovRonDeSantis being introduced by @lukebryan in front of a sold out crowd at VyStar Arena in Jacksonville is next level 💯🇺🇸💯🇺🇸@teamrondesantis pic.twitter.com/U8ZUvjzBJF

Bryan standing next to DeSantis invited an avalanche of woke trolls to pile on Bryan’s social media accounts.

Leftists think every celebrity and cultural institution should work in service of the Democrat Party and to “otherize” Republicans as beyond the pale and outside the mainstream.

Bryan actually responded to the outrage, something he admitted he does not like to do.

“I typically don’t respond to stuff when I’m getting run down on a social platform but here’s the deal,” Bryan posted.

Bryan explained that he believes there are issues bigger than the usual Republican vs. Democrat food fight and when the Governor asks you to help people in need you step up.

“I understand Governor DeSantis is a very polarizing figure. But I grew up in a country where if a governor ask [sic] you if they can come and raise awareness to help victims of a natural disaster you help,” Bryan added.

Ron DeSantis is on track to win re-election next week.

DeSantis may win by such a commanding margin that it will springboard him to serious 2024 contention.

And the Left’s online rage mobs pummeled Luke Byran with nasty tweets and comments because they are afraid of a Republican like Ron DeSantis who holds broad appeal and is accepted by the pop culture mainstream.