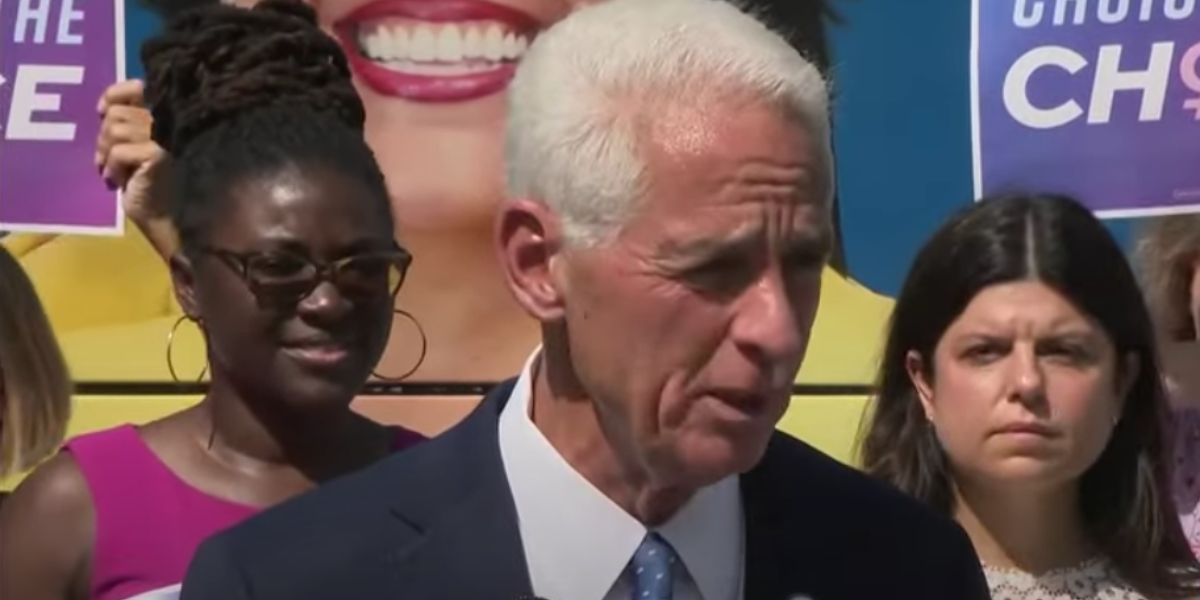 Ron DeSantis is facing his first re-election in less than four weeks against Democrat Charlie Crist.

With polls showing DeSantis in the lead, Crist is growing desperate.

And now a jaw-dropping video just surfaced showing volunteers for Charlie Crist getting physical with a reporter over one simple question.

Outside of Donald Trump, no other Republican even comes close to enjoying the amount of grassroots support in the GOP as DeSantis.

But it also makes him a top enemy of the Democrats and the corporate-controlled media.

Democrats selected former Congressman and Governor Charlie Crist as the Party’s nominee to take on DeSantis this fall.

However, Charlie Crist was struggling to gain ground on DeSantis before Hurricane Ian disrupted campaigns in the Sunshine State.

After Hurricane Ian destroyed billions of dollars worth of property and left dozens of Floridians dead, Ron DeSantis put campaigning on hold in order to lead the state back to recovery.

On the other hand, Charlie Crist decided to exploit the crisis to raise money for his campaign.

And when the website Florida’s Voice called him out publicly over it, Crist quickly and quietly removed the page where he attempted to exploit the crisis for donations.

But Florida’s Voice Founder and Editor-in-Chief Brendon Leslie tracked Charlie Crist down at a campaign event to ask him about the page and why he removed it.

“[Mr.] Crist, why is your website asking for donations from Hurricane Ian victims?” Leslie asked. “A lot of readers want to know why, can you answer that question?” he continued, before adding that “it was like that for 48 hours.”

When Crist ignored Leslie, he tried again and repeated the question.

Leslie wasn’t intimidated and once again asked Charlie Crist about exploiting the crisis for contributions.

“Mr. Crist, can you please answer the question?” Leslie continued.

Instead of answering the question, Charlie Crist swiftly rushed away and climbed inside a white SUV.

DeSantis is leading Charlie Crist in the polls by double digits.

And based on DeSantis’ impressive leadership in the aftermath of the storm, Charlie Crist is headed to a shellacking in November.