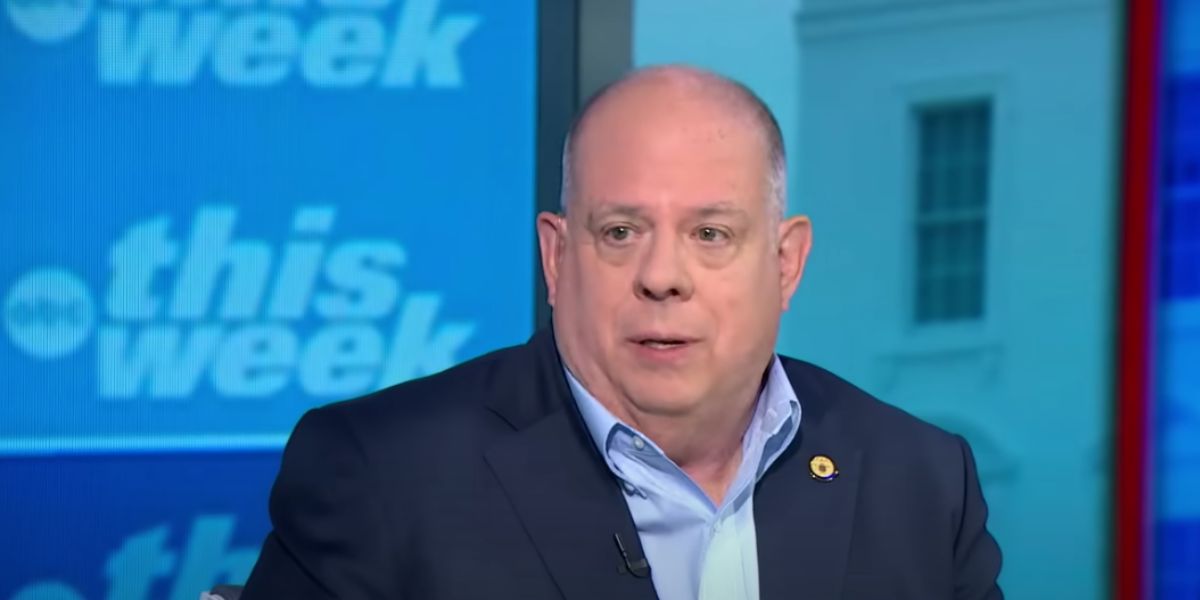 The GOP establishment is looking to seize back power.

Swamp Republicans hate the fact that Trump-supporting conservatives are calling the shots.

And now this RINO traitor just stuck a knife in Ron DeSantis’ back and you’ll be sick when you see why.

Maryland RINO Governor Larry Hogan is operating under the supreme delusion that a diehard Never-Trumper can win the GOP Presidential nomination in 2024.

After watching Donald Trump win the 2016 election based on the single issue of immigration and building a wall, Hogan thought it was a good idea to whine and complain about Florida Governor Ron DeSantis flying 50 illegal aliens to Martha’s Vineyard to call attention to Joe Biden’s open borders illegal alien invasion.

“I thought it was a mistake to basically do publicity stunts of busing people from the border into other states,” Hogan stammered.

Hogan fumed that DeSantis and other Republican Governors engaged in “stunts” when in reality “stunts” are the only way to call attention to the fact that Joe Biden opened the border to 5,000,000 illegal aliens.

“I think the federal government is failing in that regard, but I thought it was a mistake to basically, I think, do publicity stunts of busing people from the border up to other states,” Hogan ranted.

To top it all off and to cement himself as a relic of the McCain and Romney era GOP, Hogan falsely claimed the only way to address the border crisis was to pass mass amnesty for tens of millions of illegal aliens.

“Gov. DeSantis, who had nothing to do with the issue, after Gov. Abbott was doing it in Texas, he went to Texas and grabbed 50 people and sent them to Martha’s Vineyard as a publicity stunt,” Hogan added. “I think it’s a terrible idea. Let’s address the problem rather than trying to get on TV. It is not a serious discussion or a good solution.”

Every cycle, money-hungry consultants trick some RINO into thinking the path to the nomination runs through CNN green rooms.

In 2024, it looks like Larry Hogan is the mark that grifters in the consulting class will delude into running for President as a “different kind of Republican.”