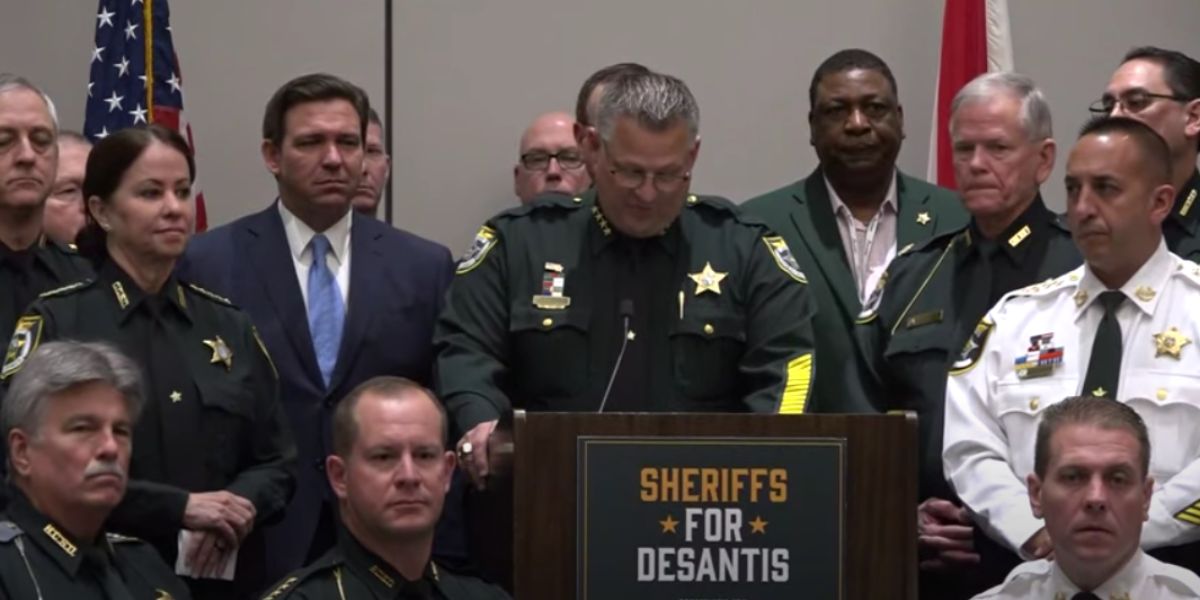 Democrats are gearing up for Ron DeSantis 2024.

The Left now has their strategy in place.

White House Senior Adviser and Assistant to the President Anita Dunn attacked Governor DeSantis as a “divider” during an Axios News Shaper event.

Dunn tried to compare DeSantis – who has approval ratings over 50 percent and is on track to win a landslide re-election victory – to the unpopular and toxic Joe Biden who Dunn falsely claimed is a uniter.

“This is a divided nation, but [Biden] will never stop trying to unify the nation . . . to reach across the aisle, to look for that common ground, where we can move forward together,” Dunn laughably told Axios’ Mike Allen with a straight face.

“If you look at Gov. DeSantis . . . he is a divider, he looks for places to go divide the people of Florida, to try to line up one side against the other,” she claimed.

Joe Biden claimed in the 2020 campaign that he ran for President to unite the country and heal the soul of the nation.

But on Wednesday night, Biden delivered another angry rant where he smeared Trump supporters as enemies of the people and a cancer that must be purged from American politics.

Biden attacked Republicans as enemies of democracy and claimed the only way the Midterm election can legitimately reflect the will of democracy was to give Democrats complete and total control over America.

If Biden runs again in 2024 and Ron DeSantis is the Republican nominee this is likely how the Democrats will frame the election.

Joe Biden can’t tell a positive story about inflation, crime, the economy, or the southern border.

So Biden and his media flunkies will try to gaslight Americans into thinking that if Republicans win the 2024 election American will end up in a crisis like 1861 or 1930s Germany.

That saying needs to be updated as Democrats now claim every day is January 6.