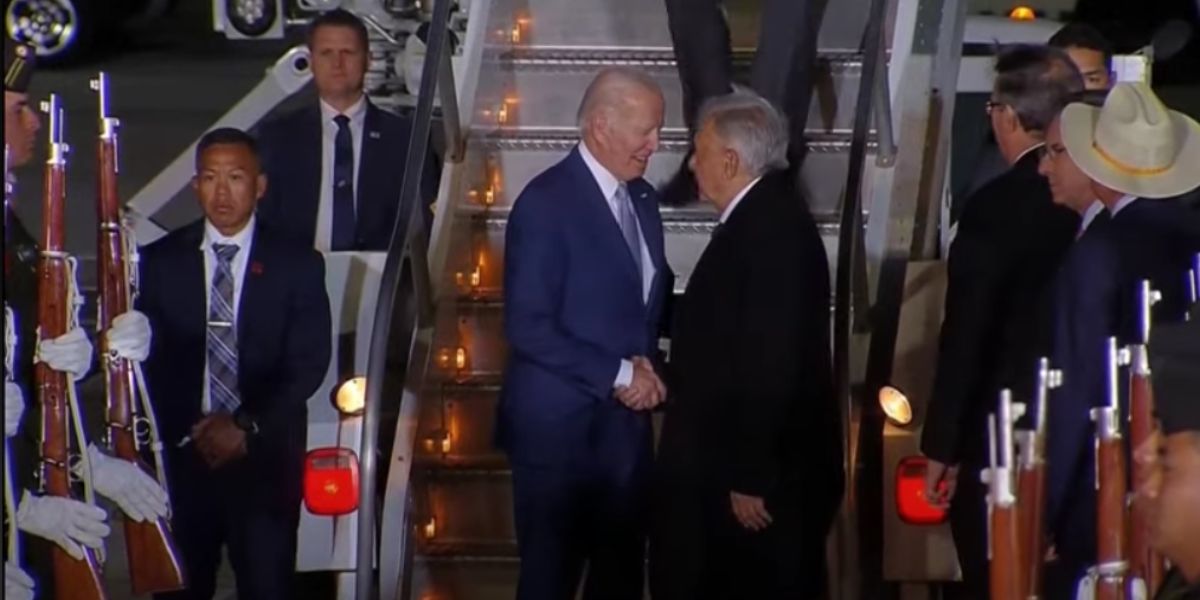 On Sunday, Joe Biden visited the southern border for the first time ever.

But a top official in the DeSantis administration reminded Joe Biden of one horrible truth ahead of his visit to Mexico City.

Ron DeSantis is one of the Republican Governors fighting to protect their states against Joe Biden’s border crisis.

DeSantis also signed a bill into law that made sanctuary cities illegal in Florida and required local governments to cooperate with Immigration Customs and Enforcement (ICE) agents.

The Florida Governor proved he was serious about fighting against Biden’s border crisis when he sent two planes carrying 50 illegal aliens to Martha’s Vineyard, Massachusetts in the weeks leading up to the Midterm elections.

Top officials in the DeSantis administration are also working to hold Biden accountable for his refusal to secure the border.

Florida Attorney General Ashley Moody already filed a joint complaint with the Attorneys General of Alabama and Georgia accusing Biden of failing to perform the duties required by Congress and the Constitution.

But on Thursday, Moody issued a press release announcing that her “team of attorneys will be taking the Biden administration to court over unlawful immigration policies.”

“Since President Biden took office, he has intentionally dismantled public-safety immigration structures, allowing chaos to reign at our nation’s Southwest Border, and letting unvetted, inadmissible immigrants—along with dangerous individuals and deadly drugs like fentanyl—into our country,” Moody said in the release. “Biden’s actions are beyond irresponsible and put Americans at risk,” the release continued, before adding that “now, because of our litigation, the president must defend his reckless actions and refusal to follow the law in a federal courtroom.”

On Friday, Moody sent Joe Biden a letter before his trip to Mexico City to remind him of one disturbing truth about his border crisis.

Moody wrote that she was “deeply concerned” that the agenda for the summit does not contain any discussion about “the deluge of illicit fentanyl flooding across our border from Mexico or the record number of Americans dying because of your failure to take action and stop the unmitigated flow of this deadly poison.”

Moody pointed out how “fentanyl is now the number one killer of Americans ages 18-45” and asked the President to “demand accountability from Mexico for its role in the deadly fentanyl crisis that is claiming record numbers of American lives.”

“Before you meet, I demand that you consider all the American families who just endured the holiday season after losing a loved one to a drug overdose—there are thousands of them,” Moody wrote in her letter to Biden.

Record numbers of Americans are dying because of Joe Biden’s refusal to secure the border and enforce the law.

And Florida Attorney General Ashley Moody is taking Biden to court for his lawless behavior.