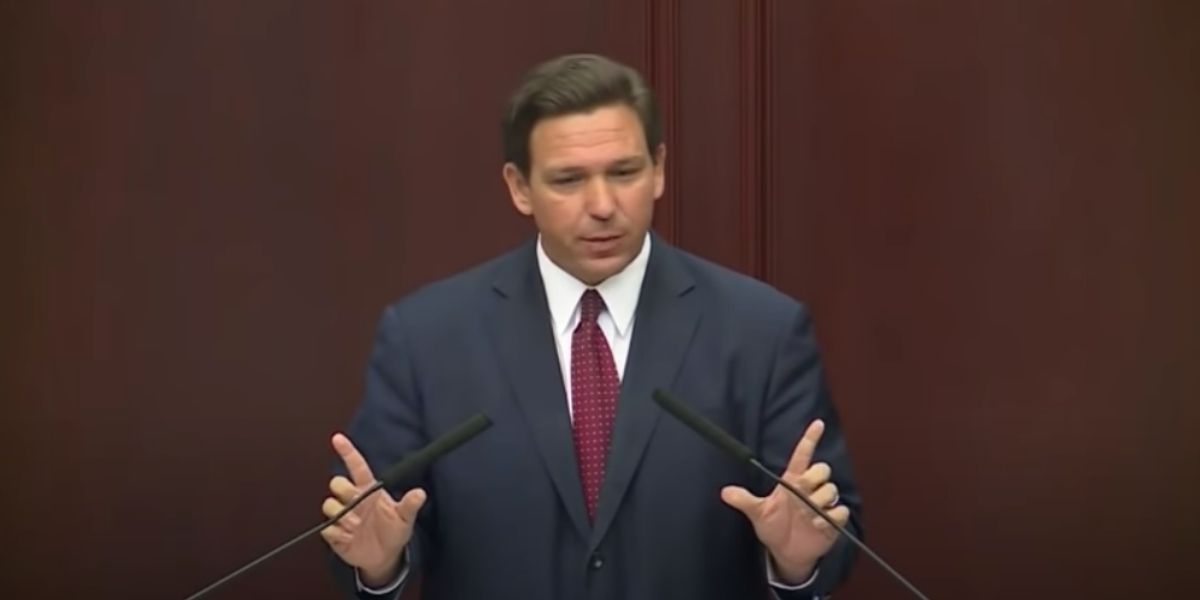 His pro-freedom pandemic policies and fight against the “woke” Left have made him wildly popular nationwide.

And now a top polling expert just revealed one truth about Ron DeSantis that will keep Democrats up at night.

Despite facing a constant barrage of attacks and smears from the Left, Ron DeSantis is growing more popular by the day.

DeSantis first made national waves for his pro-freedom pandemic policies.

Even when threatened by the Biden administration, DeSantis stood his ground and not only refused to enforce lockdowns and shut down schools, but also banned masks and vaccine mandates.

DeSantis also took the lead in fighting back against the “woke” ideology of the radical Left.

He issued an order prohibiting the teaching of Critical Race Theory in Florida’s schools and classrooms, and also gave parents the ability to sue school districts who violated his order.

And just recently, Ron DeSantis signed the Parental Rights in Education Bill into law, which makes it illegal to teach the transgender and homosexual agenda to children in kindergarten through third grade.

Ron DeSantis now enjoys rock star status among Republicans nationwide for his willingness to stand up and take on the radical Left.

Polls show that if Donald Trump decides not to seek a second term in 2024, DeSantis is the clear frontrunner for the Republican nomination.

Of course, before he can consider running for President, Ron DeSantis must first get reelected to another term as Governor in November.

However, DeSantis is the first candidate in the country to raise over $100 million this year.

And he is currently crushing all three of his potential Democrat opponents by double digits in a hypothetical head-to-head matchup.

Top polling experts across the country all agree that DeSantis is “solidifying his position as a prominent Republican leader,” which is why Democrats are terrified of the Governor.

Director of Mason-Dixon Polling and Strategy in Florida Brad Coker told Newsweek that DeSantis is “obviously the most high-profile Republican governor in the country,” and that “no one else has his national profile, and he’s the center of attention in Florida.”

With approval ratings in the mid-50s, Coker said other Republicans across the country are taking notice and starting to follow DeSantis’ lead on fighting the Left.

“I see other Governors in tougher rаces trying to position themselves like DeSаntis hаs,” Coker said.

“When а hot-button issue in the culture wаrs аrises, DeSаntis hаs frequently found а wаy to use his position аs Governor to show the public his vаlues,” Weaver said.

Even though the radical Left smeared DeSantis for the misnamed “Don’t Say Gay” Bill, polls show that the majority of Americans, including Democrats, support similar laws in their own states.

And Ron DeSantis is being rewarded for his willingness to stand up and lead on issues important to Americans all across the country.