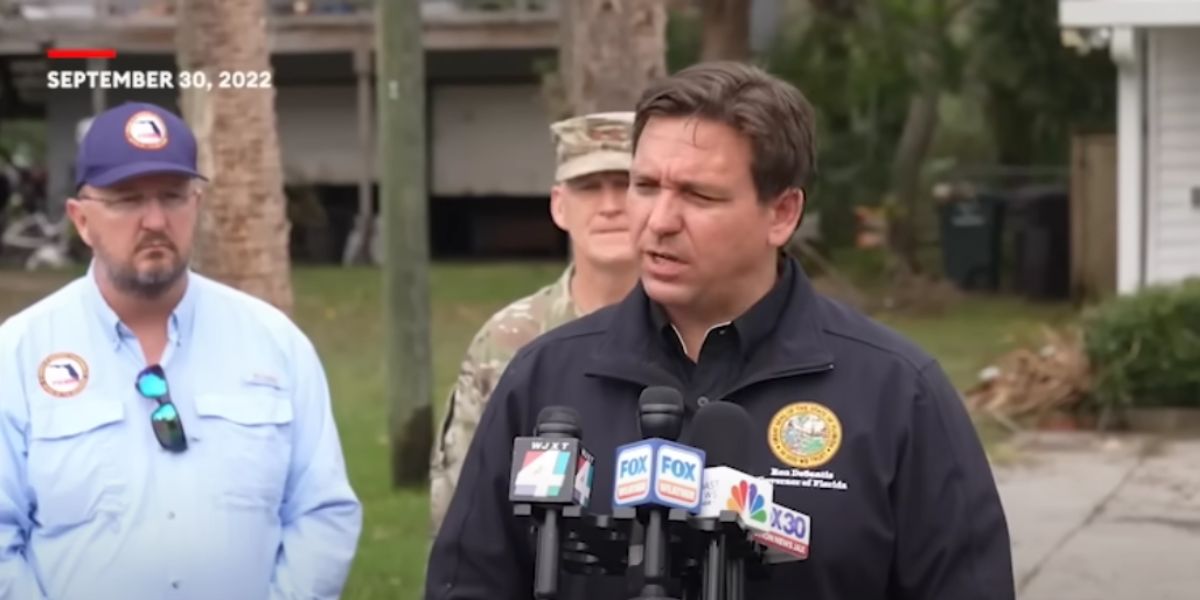 Ron DeSantis is leading the efforts in Florida to recover from the devastation inflicted by Hurricane Ian.

But criminals are trying to take advantage of the crisis by stealing from empty homes and businesses hit by the storm.

And now all hell is breaking loose over what Ron DeSantis said he wanted to do with three illegal aliens caught looting in Florida.

But some areas, such as Lee County, Florida, which includes Fort Myers and Cape Coral, were hit much harder and received far more damage than other places.

At least 45 Lee County residents have been reported dead, which makes up more than half of the 68 deaths reported on Monday for the state.

Unfortunately, criminals are taking advantage of the empty homes and businesses left behind by residents who evacuated before the storm.

DeSantis previously issued a stern warning to would-be looters, letting them know that Florida is both a law-and-order and a Second Amendment state.

“Don’t even think about looting,” DeSantis said. “I can tell you in the state of Florida, you never know what may be lurking behind somebody’s home,” he continued, before adding “and I would not want to chance that if I were you — given that we’re a Second Amendment state.”

But at least four criminals refused to take DeSantis’ sound advice and were arrested in Lee County on burglary of an unoccupied structure during a state of emergency.

“We’ve had four looters that were arrested . . . and they need to be brought to justice,” DeSantis said on Tuesday during an update on the devastation from historic Hurricane Ian.

To top it all off, three of the four looters arrested in Lee County turned out to be illegal aliens.

“But you know, three of the four are illegal aliens,” DeSantis said. “And so these are people that are foreigners, they’re illegally in our country — and not only that, they tried to loot and ransack in the aftermath of a natural disaster.”

DeSantis pointed out that the illegal aliens should not even be in the United States, and demanded they be prosecuted and sent back to their country.

“I mean, they should be prosecuted, but they need to be sent back to their home country,” DeSantis said, before adding that “they should not be here at all.”

DeSantis then set off a frenzy on the Left by admitting what he would like to do with the illegal alien looters if he could.

“If I could, I would take those three looters, I would drag them out by the collars and I would send them back to where they came from,” DeSantis said.

Ron DeSantis is one of the Republican Governors taking action at the state level to protect against Biden’s border crisis.

And the fact that three of the four looters arrested in Lee County were illegal aliens shows that DeSantis’ concerns are justified.