BREAKING: Ron DeSantis reveals this plan to save the Republican Party 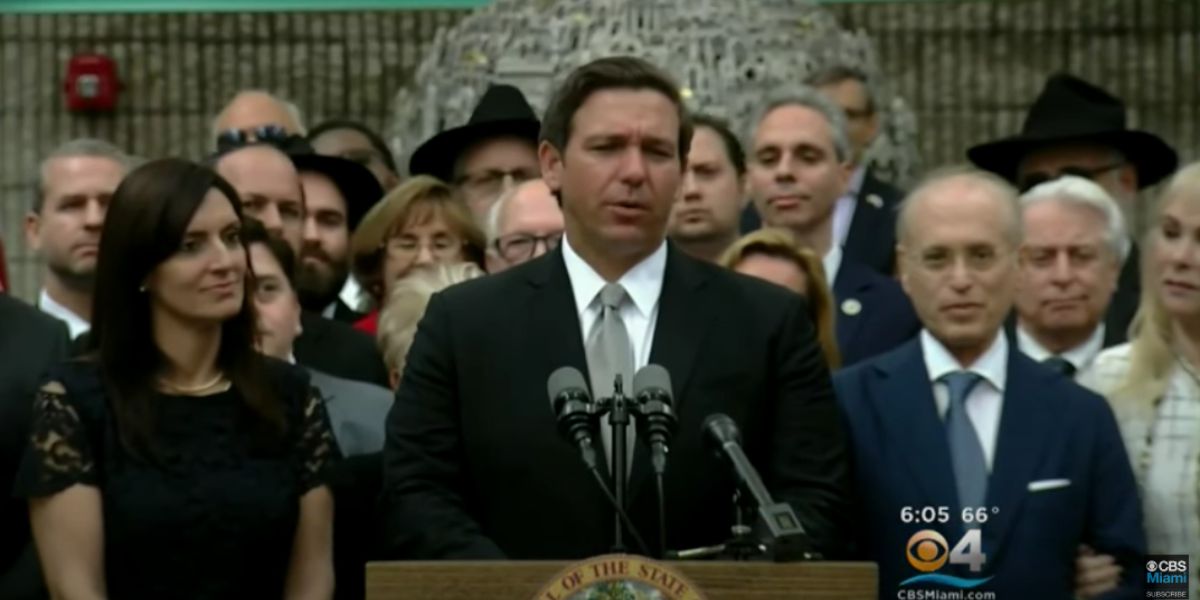 Republicans were not happy with the results of the Midterm election.

Everyone is looking to 2024 and how to chart a path to victory.

And Ron DeSantis just revealed this plan to save the Republican Party.

The Republican Jewish Coalition Conference served as a testing ground for GOP Presidential hopefuls to test their pitch to voters.

Nikki Haley, Mike Pompeo, and Chris Christie are all rumored Presidential candidates who tried to sell themselves to the GOP base.

But most of the attention was focused on Florida Governor Ron DeSantis.

DeSantis received multiple massive standing ovations and earned the most enthusiastic response of any speaker, including President Trump.

In his speech, DeSantis focused on how racking up conservative policy wins led to a red wave in Florida that saw DeSantis win re-election by a whopping 19 points.

“We’ve accomplished more over a four-year period than anybody thought possible,” DeSantis declared.

DeSantis explained that he scored historic re-election margins that no Republicans thought were possible.

The Florida Governor declared “we secured record margins with Hispanic voters. We swept the suburbs all across the state of Florida. Our margins with rural voters were gravity-defying. We won by double digits in Miami-Dade County.”

Over the last two years, Governor DeSantis notched policy victories that would be the envy of any Republican elected official when it came to banning vaccine mandates and keeping schools and businesses open during the pandemic.

But DeSantis biggest achievement was showing Republicans how to fight back against woke corporations.

In the past, Republicans like then-Indiana Governor Mike Pence folded in the face of the pressure of big business pushing the Left’s social agenda.

But DeSantis drew a line in the sand on common sense, popular bills that stopped teachers from grooming children into transgenderism.

DeSantis declared in his speech that “the state of Florida is where woke goes to die.”

And Ron DeSantis’ pitch to voters is that the GOP can stand by conservative principles and still win massive landslides.

Judging by the reaction DeSantis received from the Republican Jewish Coalition, that message is very popular.

Tags
Conservative Parental Rights in Education re-election Republican Jewish Coalition woke
← The Biden administration just launched a vicious broadside attack against DeSantis in the press, proving one thing This MSNBC host showed just how clueless she is by blaming gerrymandering for DeSantis’ win →