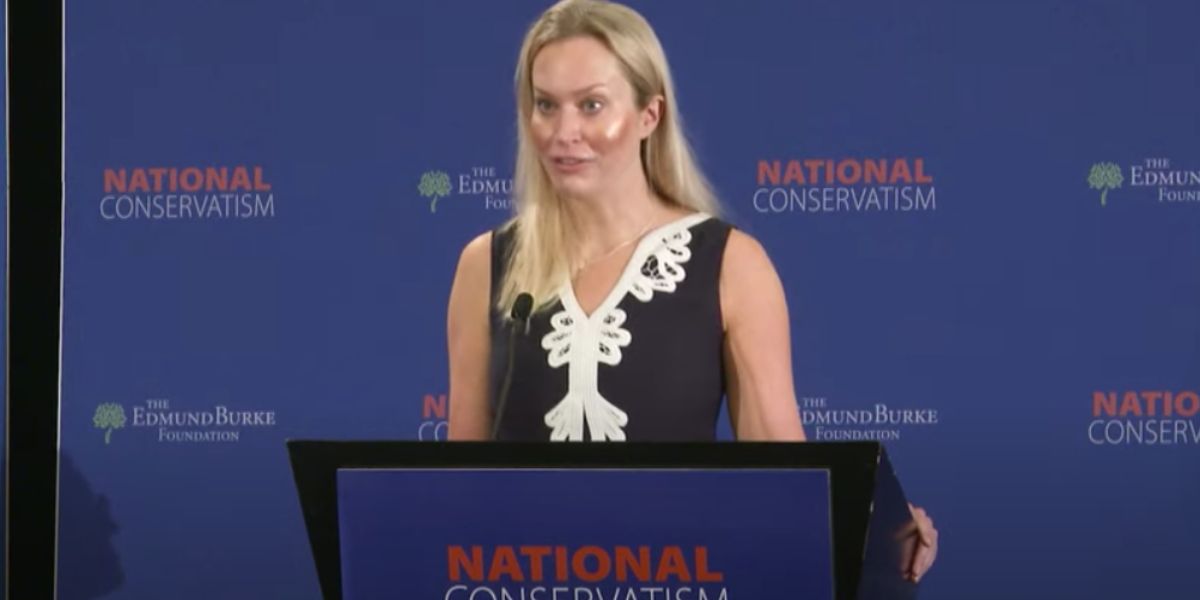 And Christina Pushaw revealed one reason why Ron DeSantis achieved such a historic victory on Tuesday.

Ron DeSantis has been a rising star in the Republican Party since he rose to national prominence during the pandemic for refusing to enforce lockdowns and banning masks and vaccine mandates.

DeSantis gained even more notoriety with Republicans after the pandemic when he decided to take on the Left’s woke ideology.

He protected the integrity of women’s sports, removed Critical Race Theory from the curriculum, and signed a bill prohibiting leftists from grooming children with their radical transgender agenda.

Since DeSantis won by a razor-thin margin of 0.4% in 2018, Democrats thought they had a shot at making him a one-term Governor.

But Democrats were badly mistaken, as Ron DeSantis outperformed all expectations and picked up 1.5 million more votes than Crist in his nearly 20-point victory.

DeSantis’ win over Crist was the largest margin of victory for a Florida gubernatorial race in 40 years.

DeSantis flipped seven counties from Blue to Red, with Osceola County going from +14 Democrat to +7 Republican, a 21-point switch in one election.

Even in the five counties DeSantis lost, he still had double digit red shifts.

“We not only won the election,” DeSantis said during his victory speech Tuesday night. “We have rewritten the political map.”

Of course, DeSantis’ victory was due in large part to his successful leadership and his adamant defense of freedom.

But Christina Pushaw pointed out another reason for DeSantis’ stunning victory over Crist.

And the reason is hard work.

In the months leading up to the election, Ron DeSantis outworked the Democrats on the campaign trail.

Not only did DeSantis visit all 67 counties in Florida, but he also held press conferences and events in every county.

“On the official side, @GovRonDeSantis visited all 67 counties and did press conferences and events in all of them, whether they voted for him or not,” Pushaw wrote on Twitter. “This is part of the reason he earned the votes of Floridians who didn’t vote for him in 2018.”

On the official side, @GovRonDeSantis visited all 67 counties and did press conferences and events in all of them, whether they voted for him or not. This is part of the reason he earned the votes of Floridians who didn't vote for him in 2018.

Ron DeSantis is the new star in the Republican Party.

He’s a principled conservative who knows how to fight and win.

And as Pushaw made everyone aware, he’s also willing to roll up his sleeves and outwork his competition on the campaign trail.