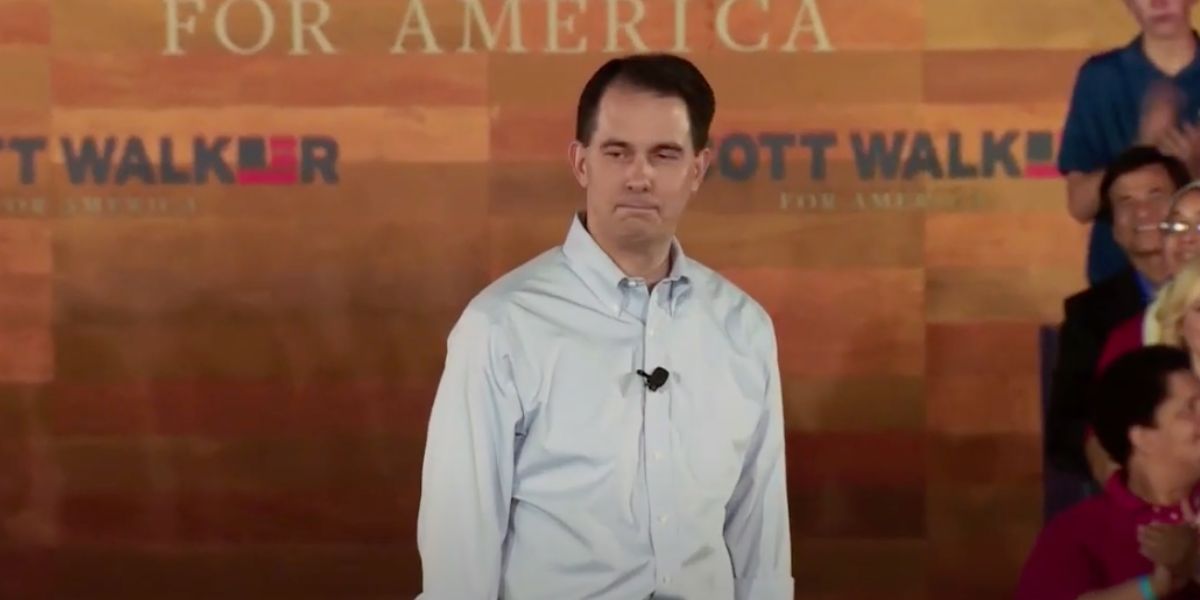 Both parties are trying to game out the 2024 election.

Leftists are panicking over one candidate in particular.

And Democrats made one prediction about Ron DeSantis that they will live to regret.

The American Left is terrified of the idea of Ron DeSantis running for President.

Joan Walsh of The Nation published a screed fretting over the idea of a conservative government with DeSantis’ long list of achievements entering the Presidential contest.

This legislation recently made headlines because the state of Florida stopped schools from teaching a racist black history class.

And, of course, Walsh ranted about the Parental Rights in Education Bill, which prevented groomers from targeting young children by brainwashing them into transgenderism with sexualized lesson plans.

But Walsh held out one false hope to stop DeSantis by comparing DeSantis to Wisconsin Governor Scott Walker.

Walker entered the 2015 Presidential race with much fanfare thanks to his resume, which included public and private sector right to work laws, constitutional carry legislation, and a personhood bill banning abortion.

But Walker flamed out due to having little personality or charisma and left the race in the fall of 2015 with his polling at zero.

“Right now, I don’t think Trump has much to worry about from DeSantis (I worry the same thing is true about Attorney General Merrick Garland, but again I hope I’m wrong). My colleague John Nichols has called him ‘the Scott Walker of 2024.’ Remember former Wisconsin Governor Scott Walker? Back in 2011, his crusade against public employee unions was his version of crusading against ‘woke capitalism,’ a national political brand-builder, and Walker was hailed as a 2016 front-runner. But like DeSantis, he was not terribly bright and not at all charismatic, and he was driven from the presidential primary stage by the shriveling wattage of Trump’s celebrity bullying,” Walsh wrote.

This completely misreads the 2015 and 2024 environments.

Ron DeSantis turned a swing state completely red going from a 30,000 vote margin of victory in 2018 to winning by 1.5 million votes this past November.

Walker never won his elections with more than 52 or 53 percent of the vote despite running in GOP wave elections.

Ron DeSantis is not Scott Walker.

And the more the Left tries to imagine scenarios where DeSantis goes down in flames if he runs for President, the more conservatives can tell leftists are petrified of the idea of a conservative Governor with a history of winning entering the 2024 race.