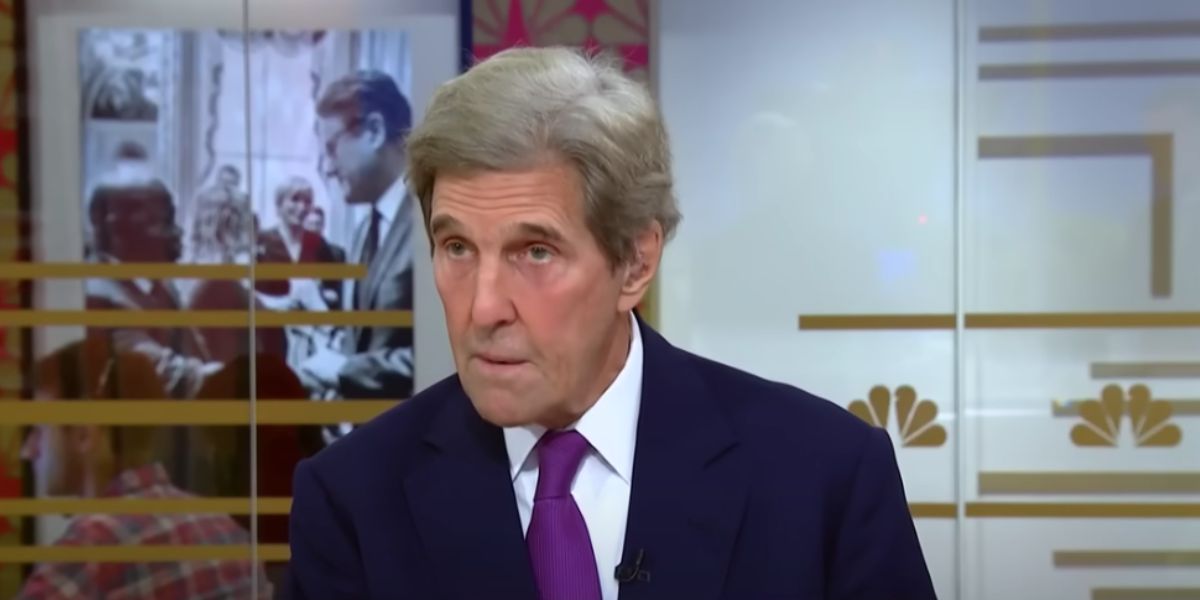 Joe Biden and the Democrats have declared war on fossil fuels.

And DeSantis Press Secretary Bryan Griffin exposed the true agenda of climate zealots like John Kerry with this one word.

The world’s most powerful elites are in Davos, Switzerland for the annual meeting of the World Economic Forum.

This is where government leaders and billionaire corporate titans discuss global “solutions” to what they believe are the biggest problems facing humanity.

The number-one item on the agenda at this year’s World Economic Forum is how to save the planet from so-called “climate change.”

Kerry called on governments to act as though “we are at war” and “be ready to turn factories into solar panel producers.”

He also said he was proud to be part of this “select group” at Davos who are “saving the planet.”

“It’s pretty extraordinary that we, [a] select group of human beings, because of whatever touched us at some point in our lives – are able to sit in a room and come together and actually talk about saving the planet,” an arrogant Kerry said during his presentation at Davos.

He admitted that “most people” view the radical environmentalist movement as a “crazy, tree-hugging, lefty, liberal” group.

DeSantis Press Secretary Bryan Griffin shared a clip of John Kerry’s speech on Twitter and dropped the hammer on the climate czar.

Griffin said Democrats do not truly care about conservation.

Instead, he correctly noted that so-called “climate change” was purely about control.

“Perfectly sums up why the popular climate movement is about control, not conservation,” Griffin wrote.

“’We, the select few, get to impose our will on the daily lives of others. And we love it,’” Griffin wrote, quoting John Kerry.

Perfectly sums up why the popular climate movement is about control, not conservation.

'We, the select few, get to impose our will on the daily lives of others. And we love it.' https://t.co/embxfwogHq

The Left manufactured the so-called “climate change” crisis in order to usher in the Green New Deal and force socialism on America.

But more Americans are realizing this fact and are starting to push back on the radical environmentalists.