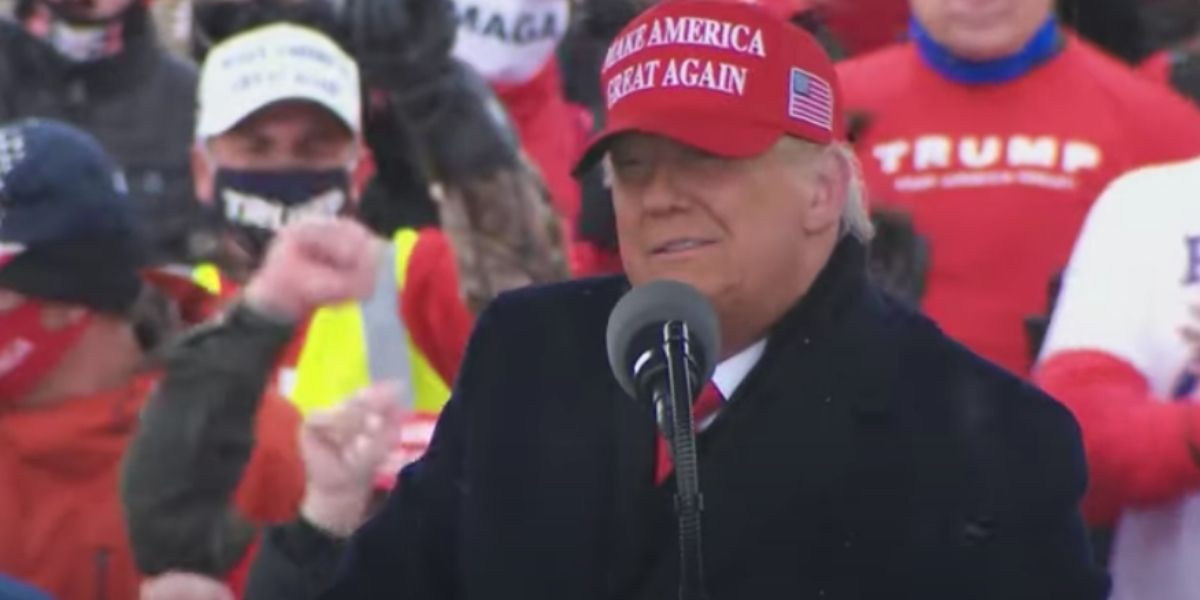 Should Donald Trump decide not to run for President in 2024, Ron DeSantis is all but guaranteed to be the Republican nominee.

That’s why jaws dropped when Donald Trump said these eight words about Ron DeSantis running for President in 2024.

Toward the end of the interview, Mudd asked Donald Trump what he thought would happen should both he and DeSantis decide to run for President in 2024.

Mudd prefaced the question by stating that the “Marxist in the news media” are attempting to “manufacture a conflict” between Trump and DeSantis, saying “I’m of the opinion if you run in 2024, DeSantis will not.”

Trump then heaped praise on Ron DeSantis, saying the two of them “have a very good relationship” and “work very well together.”

Trump brought up that he and DeSantis have been friends since the 2018 Republican Gubernatorial Primary, where Trump’s endorsement catapulted DeSantis’ campaign and landed him in the Governor’s Mansion.

“So when Ron asked me for help, for an endorsement, he was at 3 percent, and 3 percent means you don’t have a chance. He went up like a rocket ship,” Trump said.

As for the corporate-controlled media attempting to “manufacture conflict” between Trump and DeSantis, Trump agreed with Mudd, adding that “they try and create friction but it doesn’t exist at all.”

However, if DeSantis and Trump both run for President in 2024, Trump is confident he could defeat DeSantis, saying that he “would win by a lot.”