Jeb Bush was forced to admit one thing about Ron DeSantis 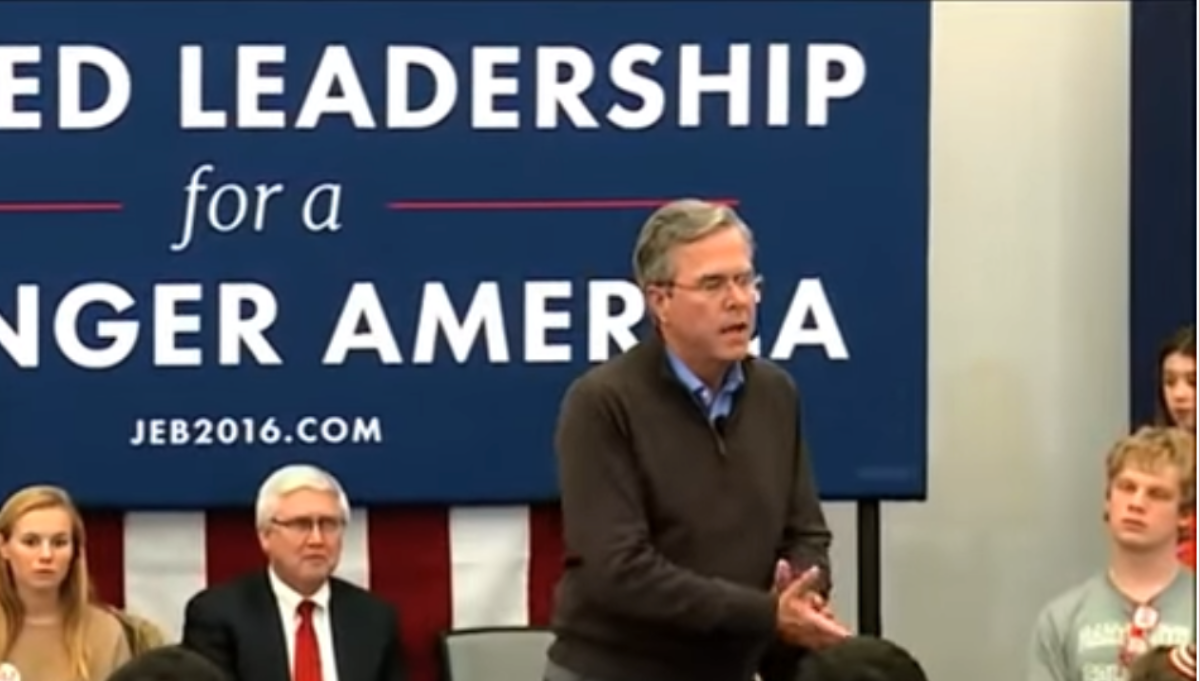 Former Florida Governor Jeb Bush is one of the old lions of the RINO establishment.

But even Bush was forced to pay his respects.

And Jeb Bush was forced to admit one thing about Ron DeSantis.

Jeb Bush was once seen as the golden boy for the GOP establishment.

Following Mitt Romney’s defeat in 2012, the Republican donor class and party elites published the GOP autopsy claiming that the only path forward for the Republican Party was to moderate on social issues and support amnesty for illegal aliens.

In 2016, Jeb Bush launched his campaign for President on this premise.

Donald Trump left it in rubble.

Following the 2020 election, many establishment RINOs hoped to pick up where they left off with the autopsy.

But the success of Florida Governor Ron DeSantis shows those bad old days are not coming back any time soon.

Poll after poll shows DeSantis is the second most popular Republican in the country behind Donald Trump.

And even Jeb Bush was forced to concede on Fox News that DeSantis would be a strong candidate for President if he runs.

“He’ll be a formidable candidate, if he runs, for lots of reasons,” Bush admitted.

“The reason why I’m a Ron DeSantis fan is that he has governed effectively in the state that I love,” Bush added. “He’s been a really good Governor.”

DeSantis’ success in racking up conservative wins owes to the fact that he rejected the Jeb Bush and GOP donor class playbook.

Whereas Bush and the party establishment sought to move to the Left on social issues, DeSantis fought the Left’s attempts to impose their cultural values on Floridians.

Establishment Republicans and RINOs like Jeb Bush wanted to push the GOP left on culture and immigration because they are liberals who feel more comfortable in a society defined by the Left’s values.

Ron DeSantis sought to fight back and exposed the fact that the broad middle of the country agrees with conservatives on immigration and social values.

And that is why Ron DeSantis would be a strong candidate for President.

A fact that even a RINO like Jeb Bush had to admit.