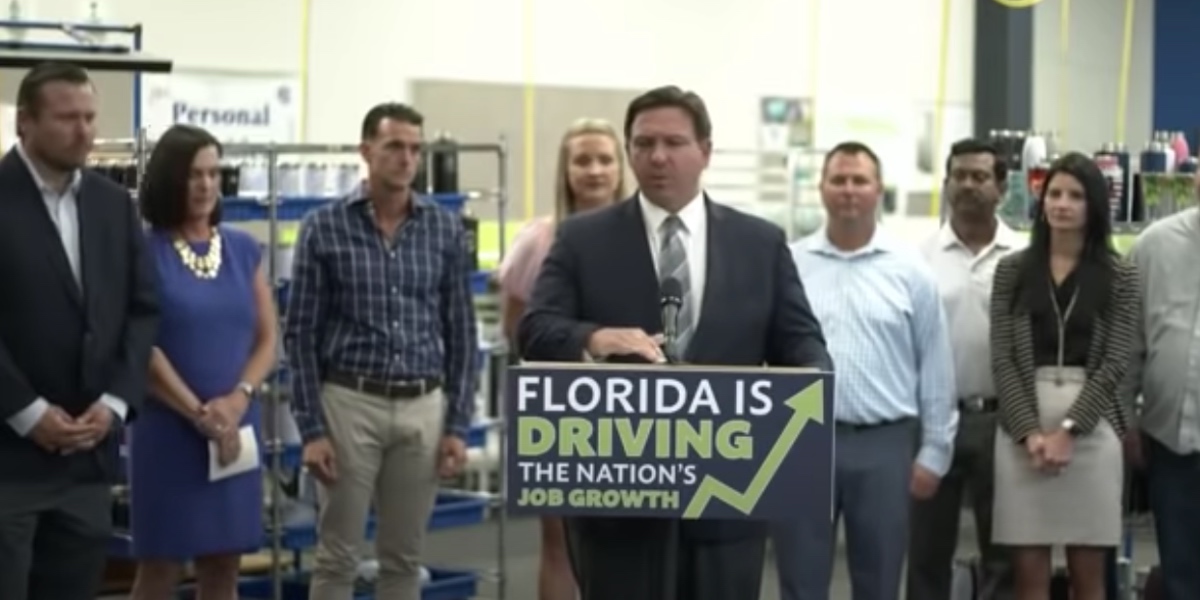 Joe Biden is facing a whirlwind of problems.

His administration is trying to pass the blame to others.

But Joe Biden has one giant economic problem that Ron DeSantis just called him out for.

From the border crisis to COVID to the disastrous withdrawal from Afghanistan, Joe Biden’s Presidency has been one disaster after another.

Polls continue to show Biden’s approval ratings are tanking as more and more Americans grow frustrated with his administration’s failure to turn things around.

But Florida Governor Ron DeSantis recently brought up another looming crisis that could drive Biden’s approval ratings even lower.

During a press conference last week, DeSantis warned of “significant headwinds” of inflation as a result of “the really bad policies coming out of Washington.”

Right now, inflation is running around a 30-year high, leading to skyrocketing prices on everything from gas to household expenses to grocery prices.

Inflation is essentially a hidden tax increase that impacts every American.

In fact, according to Chief Economist at Moody’s Analytics, Mark Zandi, inflation is already costing the average American household an extra $175 dollars per month on food, fuel and housing.

And as Ron DeSantis pointed out, it’s being driven by Joe Biden’s socialist policies.

“It’s (inflation) being driven, I think, by a lot of the really bad policies coming out of Washington,” DeSantis said, adding “it’s incredible how much gas has gone up” under Joe Biden.

DeSantis went on to call out Joe Biden for falsely assuring the American people that the inflation eating away at their paychecks would be short lived.

“They said that this was not going to be something that was sustained,” said DeSantis. “Yet we see it. It’s sustained. It’s real,” he added.

But DeSantis didn’t just offer criticism. He also offered solutions for getting inflation under control.

DeSantis went on to point out that Joe Biden and the Democrats’ massive spending spree is what is driving inflation across America.

“And look, in the last 15 months, this federal government has added more to the debt than we’ve ever seen since World War II in such a short period of time,” said DeSantis. “And my view on that is something’s got to be done. There’s got to be; the bill’s going to come due somehow. Whether it’s higher interest rates, higher inflation, I’m not sure, but it is a concern when you look around and see the gas prices,” he concluded.

As long as inflation continues to eat away at Americans’ paychecks, Joe Biden’s approval ratings should plunge even further.