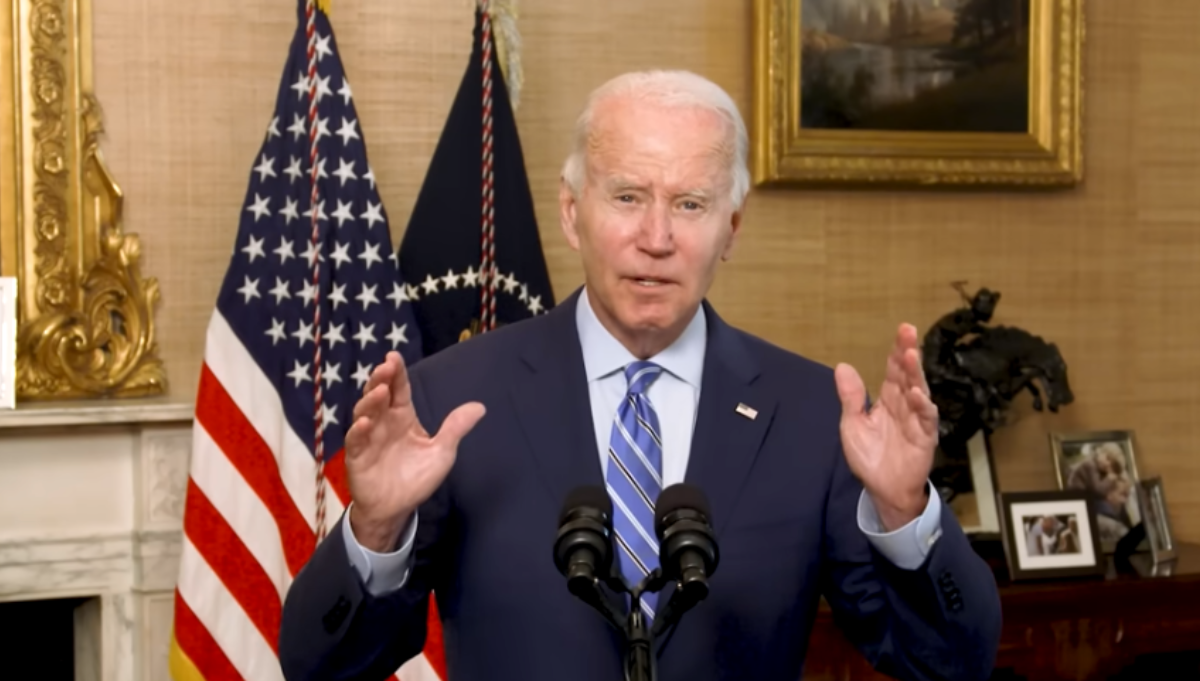 Joe Biden views Ron DeSantis as one potential threat to his Presidency in 2024.

He’s been trying to take down the Florida Governor since the pandemic.

But Joe Biden just picked a fight with Ron DeSantis over one issue that could end up making him a one-term President.

Joe Biden and the Democrats have fully embraced the Left’s woke gender and identity politics.

Biden recently sat down for an interview at the White House with radical transgender activist Dylan Mulvaney of NowThisNews.

Mulvaney brought up the issue of so-called “gender-affirming care.”

“Do you think states should have a right to ban gender-affirming health care?” Mulvaney asked Biden.

“I don’t think any state or anybody should have the right to do that, as a moral question or as a legal question,” Biden responded. “I just think it’s wrong.”

Governor Ron DeSantis is one of the Republicans Joe Biden is attacking for making so-called “gender-affirming care” illegal in the Sunshine State.

Florida’s Secretary of the Agency for Health Care Administration (AHCA) recently issued a report questioning the science behind “gender-affirming care” for people who believe they are transgender.

And during Monday’s debate, Ron DeSantis took the gloves off on Charlie Crist for supporting “gender-affirming care.”

“That is wrong,” DeSantis continued. “We are not going to allow that to happen in the state of Florida.”

Charlie Crist responded by attempting to make it about abortion by claiming that voters should have a right to choose what they do with their bodies.

But DeSantis quickly reminded Crist that minors are not allowed to get tattoos in Florida yet he is advocating life-altering surgeries on young children.

Charlie Crist is behind by double digits.

Monday’s debate was his last chance to gain ground on DeSantis.

But all Crist did was remind voters of how far Left the Democrat Party has become.