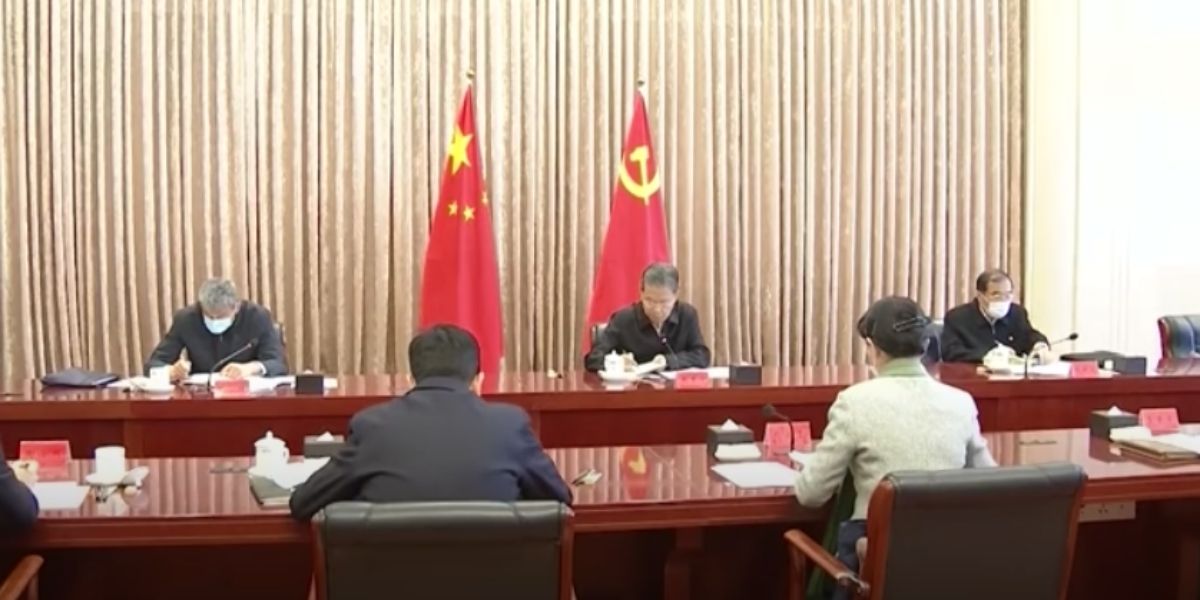 Many Americans see the growing influence Communist China has over our country as a threat to our national security.

But Joe Biden refuses to do anything about it.

And Joe Biden will be infuriated over the stern warning Ron DeSantis just delivered to Communist China.

As President, Donald Trump focused his China policy on renegotiating the horrendous trade deals that benefited China at the expense of America and American workers.

He imposed tariffs on goods manufactured in China and strengthened America’s military to counter the rising Communist influence.

During the 2020 Presidential campaign, Donald Trump warned the American people that Joe Biden – who he dubbed “Beijing Biden” – would serve as a puppet of the Comminist Chinese government.

Of course, Trump was correct, with Joe Biden reversing his America First trade policies on his first day in office.

But even though Joe Biden won’t do anything to stop Communist China from taking over America, Florida Governor Ron DeSantis is stepping up and taking matters into his own hands.

“If you look at how these major companies behave when faced with Chinese disapproval, they censor what the CCP tells them to censor and we see groveling apologies,” DeSantis said about how woke corporations are beholden to China.

DeSantis then called on the State Board of Administration (SBA) and the legislature to take action to ensure that “the Communist Party of China is not a vehicle that” Florida is entangled with.

“I would like the SBA to survey the investments that are currently being done. When the legislature comes back they can make statutory changes to say that the Communist Party of China is not a vehicle that we want to be entangled with,” DeSantis continued.

“By retaking control of the state pension fund’s proxy voting from outside fund managers who may pursue social ideologies inconsistent with the state’s values or the financial interests of the state’s investments, and by determining the state’s exposure to Chinese investments, the actions taken today will further strengthen Florida’s fiscal footing and signal to those in corporate America who prop up a genocidal, authoritarian, imperialist regime that they will not do so with Floridians’ money,” read a statement from DeSantis’s office.

But aside from keeping Communist China’s influence out of Florida’s institutions and businesses, DeSantis also expressed his support for manufacturing products here in the United States.

“I also think that our country as a whole but certainly Florida would like to see more production and manufacturing re-shored and we would be a great place to do that,” DeSantis added.

Even though DeSantis says that he is focusing solely on his 2022 reelection campaign, by leading the fight on national issues like stopping Communist China from taking over America, he will be well-positioned if he decides to run for President in 2024.

Speculation about Florida Governor Ron DeSantis continues to swirl. DeSantis may have his eyes on another job. And Ron DeSantis took a trip that left everyone talking about one thing. DeSantis traveled to key states ahead of the Midterm election to campaign for...

Governor Ron DeSantis is running circles around Joe Biden and the Democrats. It’s causing massive amounts of frustration on the Left. And Ron DeSantis proved one point that has Joe Biden sweating bullets. Democrats continue to try and contain the blowback from Florida...

The FBI’s raid on Trump’s private home showed that Joe Biden is more than willing to use federal agencies to go after his top political opponents. Many are now wondering if Ron DeSantis will be Biden's next target. Because a top House Democrat just sent one...

Democrats are viciously attacking Ron DeSantis over his decision to fly 50 illegal aliens to Martha’s Vineyard. But their attacks are only making DeSantis stronger. And Ron DeSantis just picked up one endorsement that is bad news for Democrat Charlie Crist. Democrat...

George Soros funded activists filed a lawsuit against DeSantis. But DeSantis responded with a classic draw play that just shut them down

Governor Ron DeSantis is quickly becoming the Left’s number one bogeyman. They’re pulling out all the stops to defeat him. But when George Soros funded activists filed a lawsuit against DeSantis, he ran a classic draw play that just shut them down. It didn’t take...