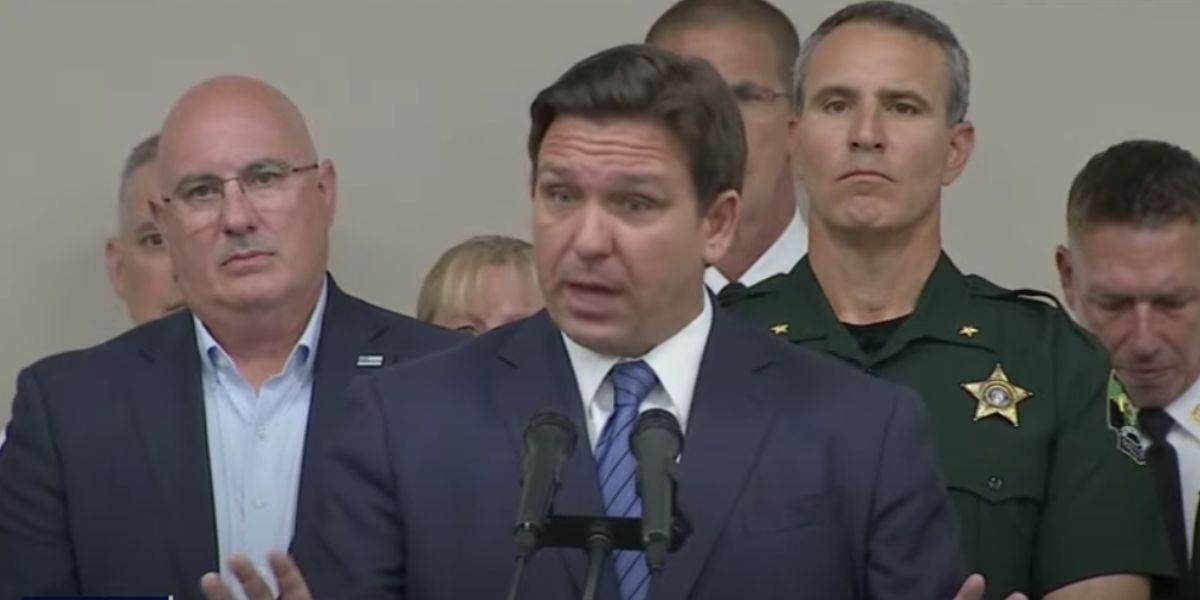 Polls show Florida Governor Ron DeSantis is one of the frontrunners for the 2024 GOP nomination.

But not everyone is on board.

And this secret about Ron DeSantis could end his career.

Ron DeSantis’ RINO opponents continue to plant stories in the corporate-controlled press claiming Governor DeSantis lacks the relationship with major donors to go the distance in a Presidential campaign.

The latest example came when CNN reported that DeSantis did not stick around to kiss donor’s rings at the Republican Jewish Coalition Conference.

“When DeSantis came on, all of the young kids came up. It was like a celebrity showed up,” one source claimed. “But he didn’t stick around to schmooze.”

Despite the fact that Governor DeSantis did not hobnob with donors, the attendees still gave DeSantis the most enthusiastic response of any Republican who spoke at the event – and that included President Trump.

The establishment also complained that DeSantis did not schmooze well-heeled donors and his fellow Governors at a recent Republican Governors Association meeting hosted in Orlando, Florida.

“Does he need the RGA for funding? No. Does he need it to spread acceptability for him on a national scale? Yes,” one donor told CNN.

Another establishment-aligned anonymous source whispered to CNN that DeSantis can’t win in 2024 because he doesn’t do enough backslapping.

“I do think it matters,” a GOP operative working for a 2024 DeSantis rival stated. “Politics is a people business.”

Two RINOs went on the record to claim DeSantis was some kind of loner weirdo.

“I don’t think Ron hangs out with anybody, from what I can tell. You know, like, when I’m at the RGA meetings, Ron’s pretty much to himself with his entourage,” has-been former New Jersey Governor Chris Christie stated. “I don’t see him hanging with the other Governors.”

“He kept to himself a bit in the House,” Costello stated. “He had friends, he had allies, but he was not the gregarious back-slapper that some politicians are always characterized as being.”

DeSantis’ supporters pointed out the obvious – that GOP donors and grassroots activists want a conservative who can win.

“He is all work, all the time, he is about getting things done and not glad-handing donors. But donors have flocked to him anyway, checkbooks open, just because of what he has done as governor,” DeSantis fundraiser Nick Iarossi said in an interview with CNN. “No one seems to care whether he wants to stay at a reception and shake hands. They care more about what he does as governor to improve their lives on a day to day basis.”

DeSantis’ aversion to playing the donor’s game did not stop DeSantis from raising a gob smacking $200 million for his re-election campaign all while cruising to a massive 19-point landslide win.