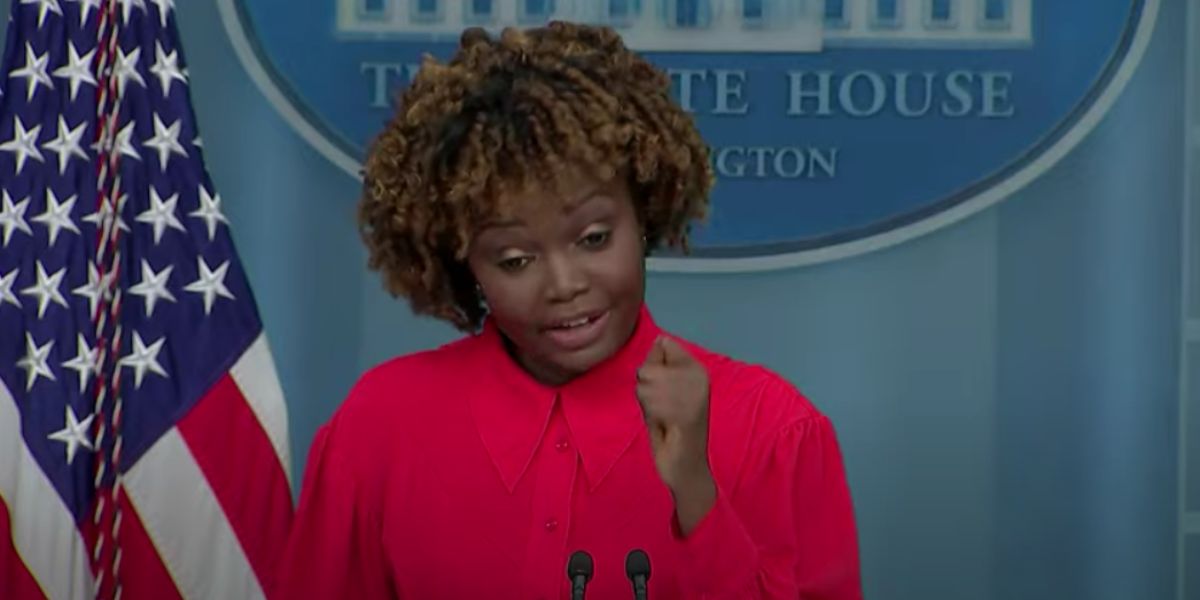 Joe Biden and his regime spent the past two years attacking every move Ron DeSantis made.

But the Florida Governor continues pushing forward with his conservative agenda.

And Karine Jean-Pierre flew into a fit of rage over this executive order Ron DeSantis signed.

Back in September, Ron DeSantis set off a political firestorm by sending two planes carrying 50 illegal aliens to the island of Martha’s Vineyard, Massachusetts, a top vacation spot for America’s left-wing elites.

DeSantis sent the two planes after warning Joe Biden multiple times to stop sneaking illegal aliens into Florida on flights during the dead of night when the public was sleeping.

Even though leftists support open borders and label their cities as “sanctuaries” for illegal aliens, they flipped out when they arrived in their own neighborhoods and had the National Guard remove them within 48 hours.

Democrats, the corporate-controlled media, and the White House also viciously attacked DeSantis, with some even calling for Merrick Garland to arrest him on kidnapping charges.

But four months later, DeSantis is continuing to stand up and protect Floridians from Biden’s illegal immigration crisis despite the attacks and smears.

Last week, DeSantis signed an executive order activating the Florida National Guard to help with the “alarming influx of migrants landing in the Florida keys” and to assist in efforts aimed at preventing additional landings.

“As the negative impacts of Biden’s lawless immigration policies continue unabated, the burden of the Biden administration’s failure falls on local law enforcement who lack the resources to deal with the crisis,” DeSantis said.

DeSantis issued the order after 300 illegal aliens entered Dry Tortugas National Park on January 1, forcing the park to close down and cancel activities in order to provide a space for the illegal aliens.

“That is why I am activating the National Guard and directing state resources to help alleviate the strain on local resources,” he continued, adding that “when Biden continues to ignore his legal responsibilities, we will step in to support our communities.”

State law enforcement agencies are also directed under the order to provide local governments with resources.

During a White House press briefing, Press Secretary Karine Jean-Pierre was asked by a reporter to comment on DeSantis’ executive order.

“Do you have a reaction to Governor DeSantis a couple of days ago activating the Florida National Guard in response to the Cuban migration surge?” a reporter asked Jean-Pierre.

Jean-Pierre flew off the rails and attacked DeSantis, calling it nothing but another one of his “political stunts.”

She also ripped DeSantis and claimed “he treats [illegal aliens] like pawns.”

But then Karine Jean-Pierre made one of the most outrageous claims during her time as Press Secretary.

“And he is not dealing with the problem, he’s actually creating a problem,” she said about DeSantis. “We’ve talked about Governor DeSantis and the, again, the mockery that he’s making of a process that the President is trying to fix.”

According to Jean-Pierre, Joe Biden is “trying to fix” the border crisis while Ron DeSantis is making it worse.

And Jean-Pierre is scrambling to run damage control any way she can.