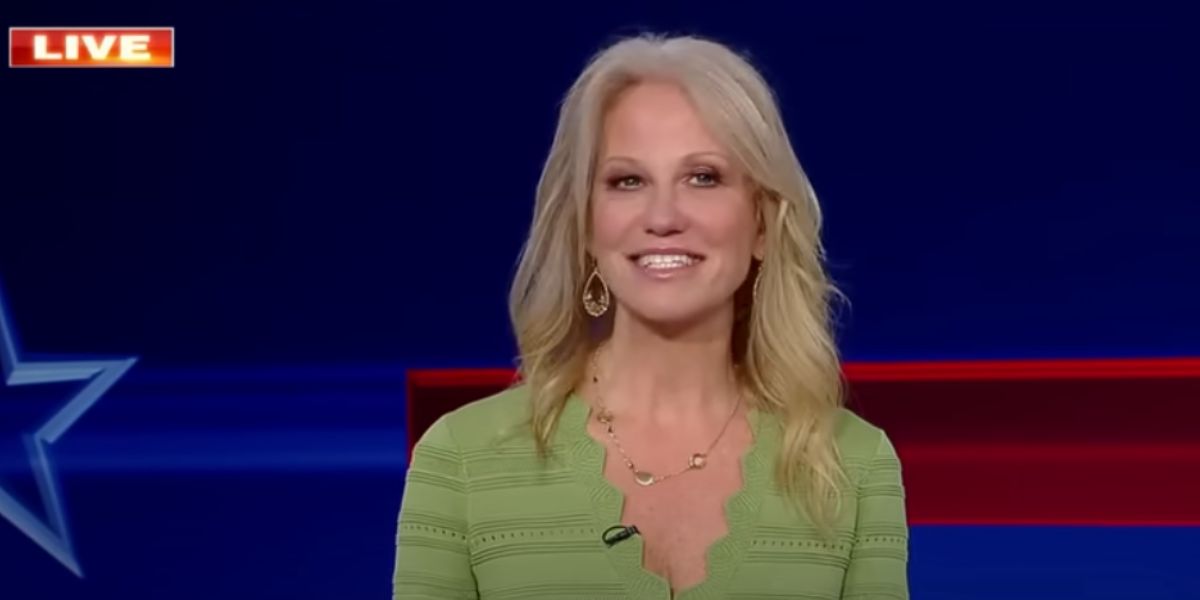 Donald Trump and Ron DeSantis are rock stars in the Republican Party.

Democrats view them as their top threats to the White House in 2024.

But Kellyanne Conway said five words about Donald Trump and Ron DeSantis that the left-wing media won’t tell you.

As the two most popular Republicans in the country, Donald Trump and Ron DeSantis both used their influence to campaign for several GOP candidates in battleground states like Pennsylvania, Arizona, and Ohio.

Donald Trump used the rallies as an opportunity to tease Republican voters about running for President again in 2024, often telling the crowd that he would be making an important announcement shortly after the Midterm elections.

The left-wing media used it as an opportunity to try and take down the two Republicans they fear the most by starting an internal feud between them over the 2024 nomination.

Of course, DeSantis has said on multiple occasions that he hasn’t even thought about 2024, as his first concern was winning reelection.

And both Trump and DeSantis have denied rumors of a feud.

On Saturday, when Trump joked about DeSantis during a rally in Pennsylvania by referring to him as “Ron DeSanctimonious,” the media tried to use it as the spark to ignite the war between the two Republicans.

In 2016, Kellyanne Conway became the first female in history to run a Republican Presidential campaign when she helped Donald Trump defeat Hillary Clinton.

Conway, who currently serves as one of Trump’s political advisors, appeared Monday on Fox & Friends to put the rumors to bed and set the record straight.

Conway dismissed the rumors of a feud between the two, noting how Donald Trump endorsed Ron DeSantis on Sunday during a rally for Marco Rubio in Florida.

“They’re on the same team,” Conway said. “And Governor DeSantis probably knows and appreciates and is grateful for the fact that it was President Trump in 2018 in that Primary when DeSantis was at 3% or so against Adam Putnam, President Trump endorsed him in the Primary, he won the Primary.”

“And then he kept going back to Florida to campaign for him, including the day or two before Election Day,” Conway said. “He won by 32,000 votes,” she continued, before adding that “he’s got a lot of time” and “they’re on the same team.”

The leftists in the media thought they finally had what they needed to start a war between the two Republicans they see as the biggest threats in 2024.

But Kellyanne Conway is making sure Americans get the full story and not just the narrative put out by the left-wing media.