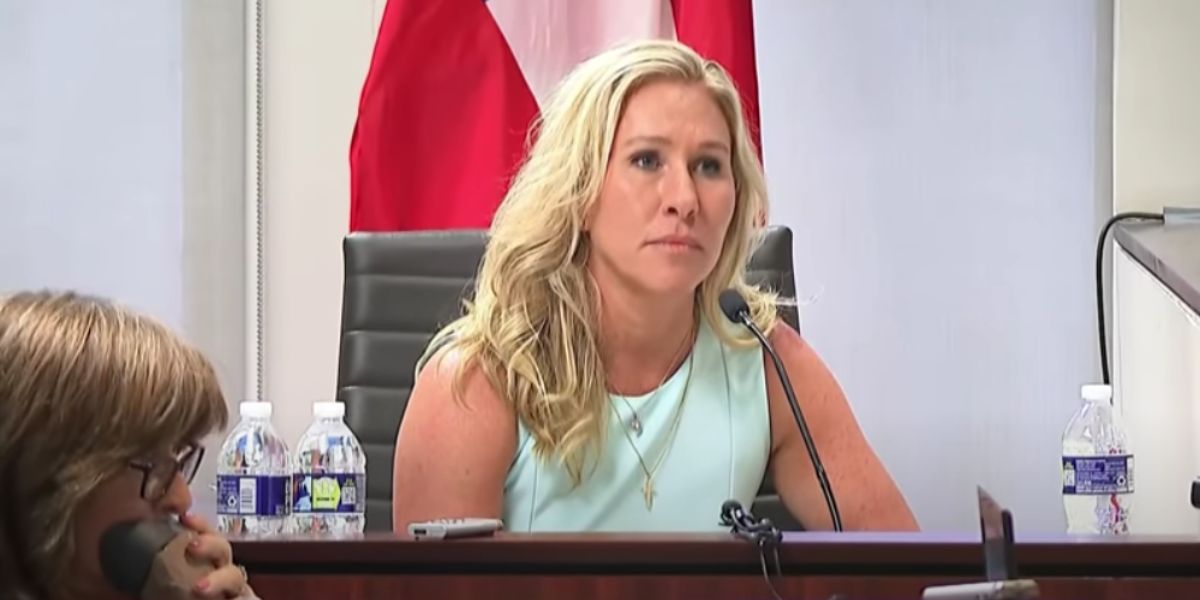 Greene spoke at a Trump rally in Ohio on Monday for Senate candidate J.D. Vance.

And Marjorie Taylor Greene had these four words to say about Ron DeSantis running for President in 2024.

Donald Trump hit the campaign trail in the months leading up to the Midterm elections and helped several America First conservatives win their primaries and get elected to office.

Even though Donald Trump primarily focused on hyping up the importance of taking back Congress from Pelosi and Schumer during the events, he constantly teased his supporters and dropped hints about him running for President again in 2024.

Ron DeSantis is also a rock star in the Republican Party.

And just like Donald Trump, DeSantis hit the campaign trail and used his popularity and influence to help America First candidates win against their Democrat opponents.

Even though DeSantis hasn’t given any indication that he plans to run for President in 2024, he is now considered a top contender for the Republican nomination even with Donald Trump in the race.

And many on the Right are already calling for DeSantis to run for President in 2024, potentially setting up a nasty war between him and Trump.

In order to avoid an unnecessary GOP civil war, Marjorie Greene is hoping Ron DeSantis will wait until 2028 to run and support Donald Trump in 2024.

Of course, Greene is a huge supporter of Ron DeSantis.

They’re both the type of conservative bulldogs we need more of in office, which is why Greene is hoping DeSantis will wait until 2028 to run for President.

After her speech in Ohio, Greene appeared on Right Side Broadcasting Network for an interview with host Brian Glenn.

“If anyone steps into the political ring and tries to challenge President Trump as far as being the Republican nominee for 2024, we feel like it’s political suicide,” Glenn told Greene. “This is his party, this is his race to run.”

“Absolutely, I think that it’s clear and obvious,” Greene responded.

Greene then brought up Ron DeSantis, telling Glenn that “what we need in this country, Brian, is we need strong Republican Governors like Ron DeSantis.”

DeSantis would have to essentially abandon his role as Governor to campaign for President during the Primary.

Since DeSantis is leading important fights in Florida, Greene believes he should finish his term as Governor before running for President.

“We need strong Republican Governors to fight, stay in for eight years and save their states, not to abandon their states and try to run for President or any other big position,” Greene added.

Donald Trump is expected to announce his Presidential campaign in a speech on November 15.

But right now no one knows whether Ron DeSantis will run in 2024 or take Greene’s advice and wait until 2028.