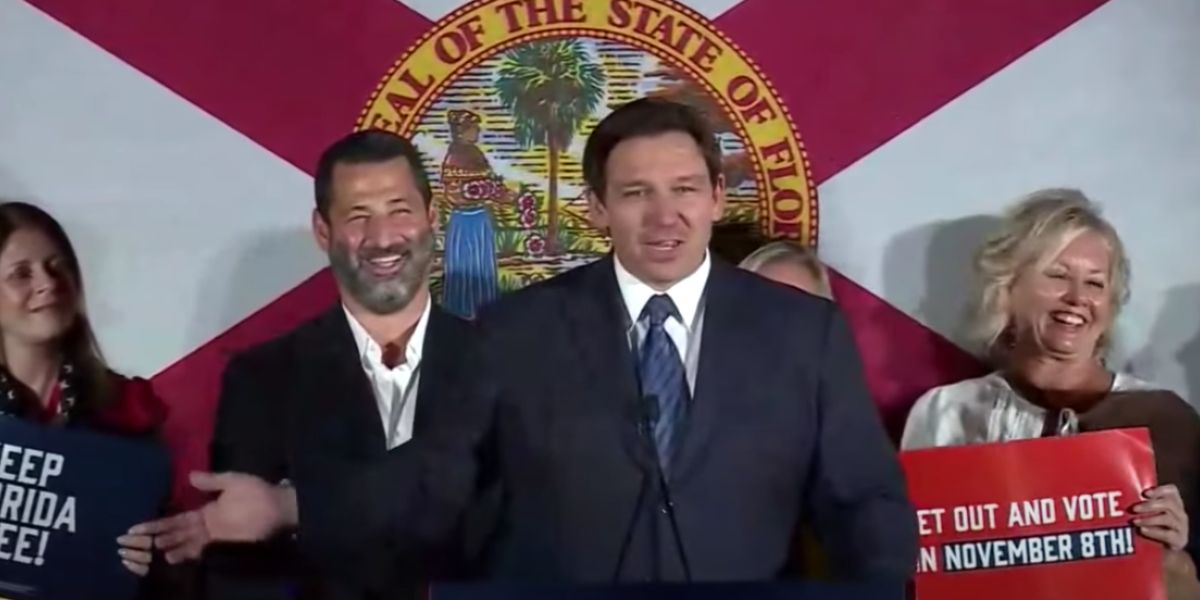 On the night Trump made his re-election campaign official Ron DeSantis also was set to deliver a major speech.

And before Donald Trump announced his candidacy something strange happened to Ron DeSantis.

Just before Donald Trump stepped on stage at Mar-a-Lago to announce his re-election campaign Ron DeSantis delivered a keynote address to the Republican Governors Association meeting in Orlando.

Sources told Fox News that DeSantis received a “hero’s welcome” as DeSantis outlined how pursuing a conservative agenda on ending wokeism, opposing COVID mandates, and cracking down on illegal immigration turned one of the biggest swing states bright red.

Gov. Ron DeSantis of Florida received a hero’s welcome on Tuesday night, as he addressed an audience of leading Republicans minutes before former President Donald Trump announced he was launching a 2024 White House bid.

DeSantis, who last week won a landside re-election victory for a second term steering Florida, garnered a standing ovation from the audience as he delivered a keynote conversation at the Republican Governors Association’s winter meeting in Orlando, according to multiple sources in the room.

According to one source, DeSantis spotlighted his “impressive re-election campaign” and how he won Miami-Dade County, connecting with Hispanic voters.

Another source told Fox News that governor received an “enthusiastic” response as he “recapped the Florida blueprint and the path to winning Hispanics, women, and independents.”

Nationally Republicans struggled with all three demographics with the GOP losing independent voters by two points nationally standing out as the decisive factor in the Democrats retaining the Senate and sweeping the key Governor’s races.

Some on the Right blame Donald Trump’s influence and dogged insistence on relitigating the 2020 election for the GOP turning off independent voters.

Governor DeSantis offers a path forward where the GOP can stick to conservative, America First principles while still winning over swing voters.

Both Donald Trump and Ron DeSantis are both expected to face off in the 2024 GOP Republican Presidential Primary.

The GOP voters may end up with a chance to settle this argument for themselves.