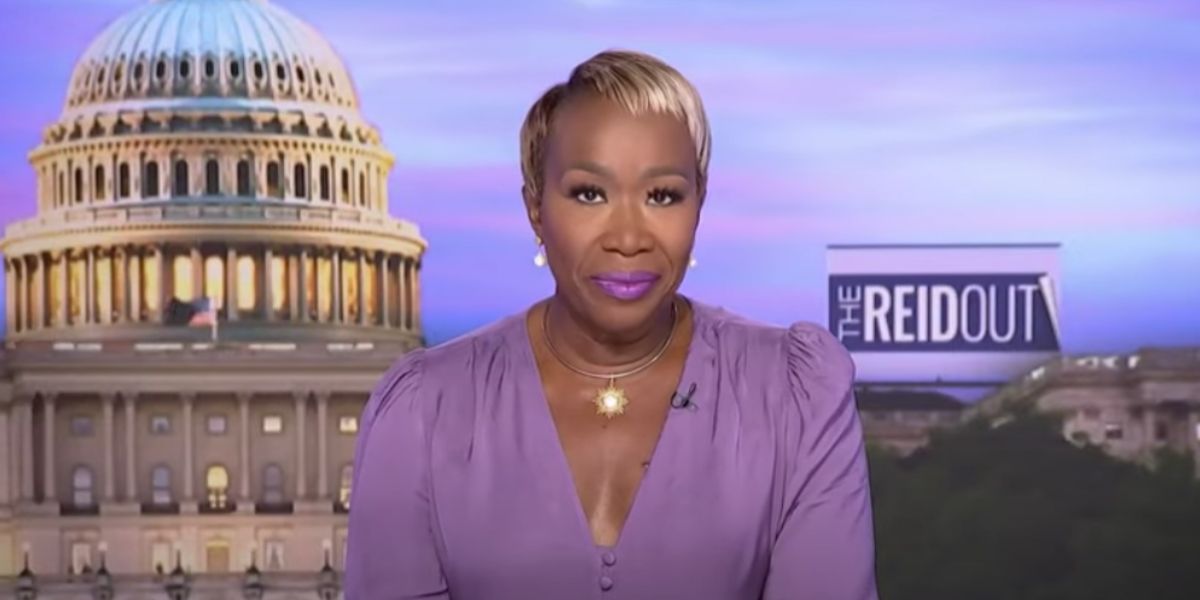 She smears DeSantis on just about every episode of her low-rated program.

But MSNBC’s Joy Reid just said five words about Ron DeSantis that will have you seeing red.

Polls now show that DeSantis is a top contender for the Republican nomination even if Donald Trump runs again in 2024.

Of course, this makes DeSantis a top enemy of the Left.

The Democrats and left-wing media spent the past two years viciously attacking every move DeSantis made to try and stop his surging popularity.

Even though their attacks always seem to backfire and result in DeSantis becoming even more popular, the left-wing press continues to attack and smear him.

On Wednesday night’s edition of MSNBC’s The ReidOut, host Joy Reid opened the show attacking DeSantis for enforcing the law and not allowing violent felons to illegally vote in elections.

To leftists like Joy Reid, this somehow makes DeSantis a racist.

“We begin tonight with Florida,” Reid said, before calling it “a modern-day version of Jim Crow.”

“If there’s a state that better exemplifies the rot of MAGA Republican rule than the state of Florida that the Governor has named in very Orwellian fashion the free state of Florida, I honestly don’t know what it is,” she continued.

Reid then launched into the typical lies the Left tells about DeSantis.

Even though the Parental Rights in Education Bill only prohibits teaching children in kindergarten through third grade about gender and sex, the Left named it the “Don’t Say Gay” bill and proceeded to attack DeSantis as “anti-gay.”

“Florida has it all,” Reid said.

She then falsely claimed Florida has “a law banning gay people from declaring their existence at school” and “a law against anti-racist policies at work, like you have to let the racism be in the workplace or else.”

But unfortunately for her, DeSantis is leading Crist by double digits and is expected to cruise to victory on November 8.