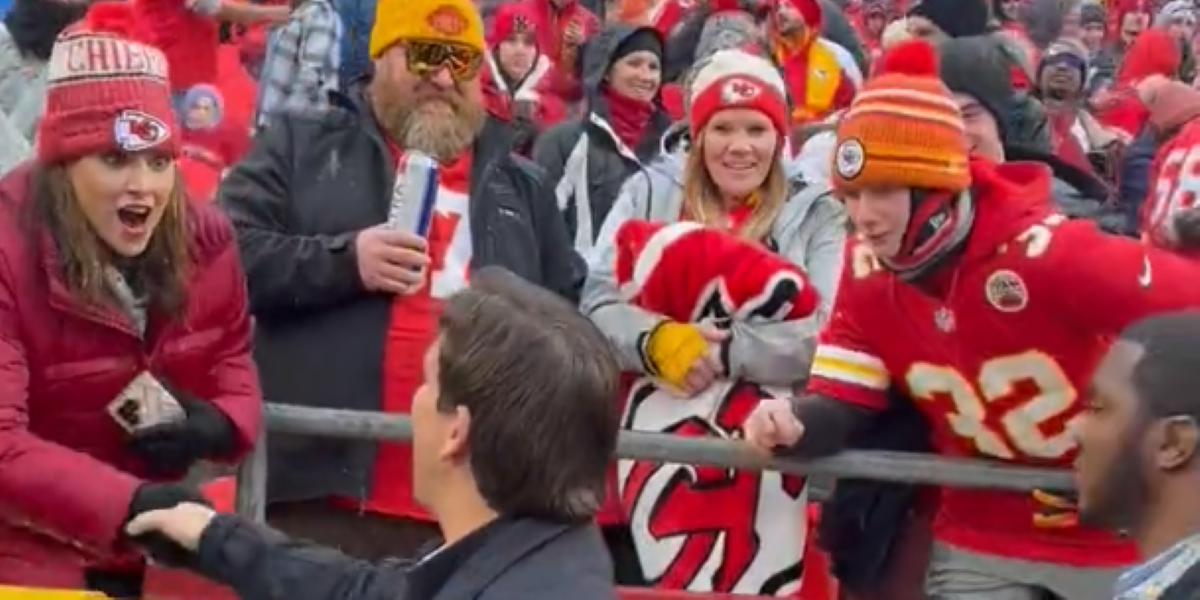 Florida Governor Ron DeSantis is one of the most popular Republicans in the country.

That fact became obvious this past weekend.

Ron DeSantis attended an NFL playoff game and you won’t believe what happened next.

Governor DeSantis traveled to Kansas City to watch his home state Jacksonville Jaguars take on the Chiefs in the AFC Divisional Playoff game.

The Chiefs advanced to host the conference championship with a 27 to 20 victory eliminating the Jaguars.

However, another big headline coming out of the game was the heroes welcome Chiefs fans gave DeSantis as he walked on the field with his son Mason during pregame warmups.

Fans in the front row instantly knew DeSantis and cheered him even though they knew he was rooting for the opposition.

One fan even implored DeSantis to run for president in 2024.

‘You’re the best governor. Run for President!’ the fan shouted.

This video was evidence that DeSantis owns the national name recognition to shoot to a top-tier contender for the White House next year.

DeSantis built a national following based on his conservative record of achievement in Florida leading to a 19-point re-election win.

In his second inaugural address DeSantis declared Florida is “where woke goes to die.”

DeSantis proved that was the case by rejecting an AP black history course because it was infested with concepts that have nothing to do with black history such as queer theory.

The class violated state laws by promoting critical race theory and other divisive and woke concepts.

But Florida teaches actual black history as it occurred and not the false narratives the left uses to indoctrinate students into liberalism.

As Governor DeSantis picks more fights with the woke left – and wins – his support builds with Republicans across the country.

That is translating to enthusiasm for a 2024 presidential campaign.

And even at NFL playoff games Ron DeSantis’ popularity is one display.

DeSantis Daily will keep you up to date on any new developments in this ongoing story.