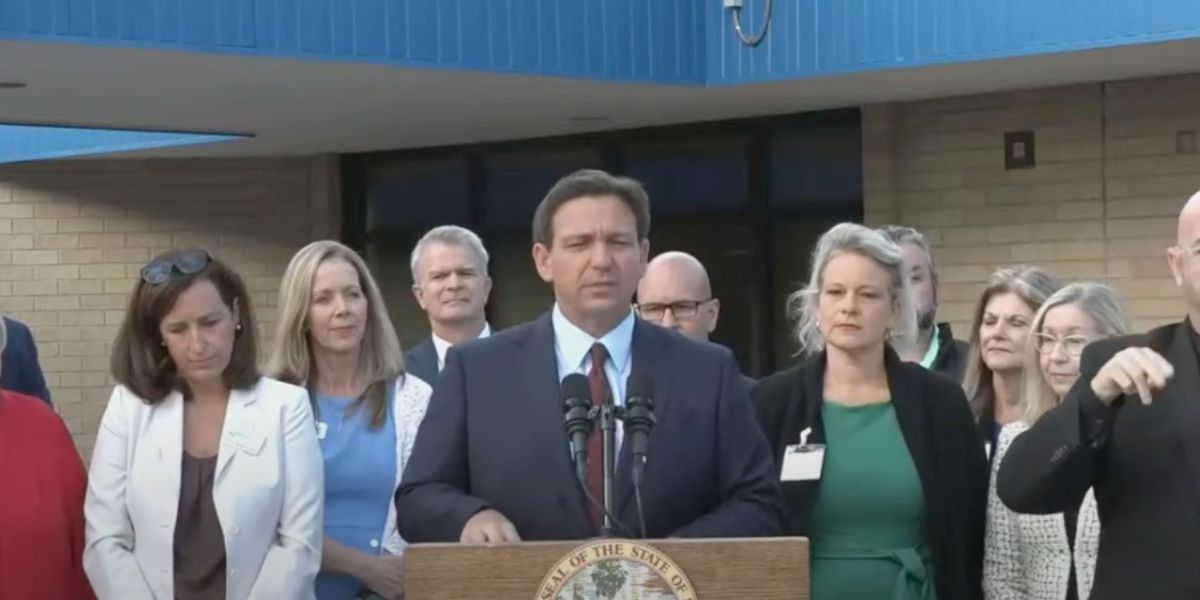 Hurricane Ian was devastating to Florida and its residents.

And the Left was gleefully planning on using the hurricane against Ron DeSantis.

But DeSantis defied the odds and delivered this major victory for Floridians after Hurricane Ian.

Hurricane Ian slammed into Florida and left devastation and death behind.

Most Americans prayed and helped the relief efforts begin.

But many Democrats, never ones to let a good crisis go to waste, were gleefully readying to use the Hurricane against Governor Ron DeSantis.

But something happened on the way to their lynching of the popular GOP Governor.

DeSantis and his team worked tirelessly on both rescue and recovery missions, and on rebuilding the devastated Sunshine State.

In fact, they were so amazing even Joe Biden praised DeSantis for his efforts.

One major example of this was the effort to rebuild the Sanibel Causeway.

DeSantis announced in a recent news conference that the Sanibel Causeway had reopened to residents of the island who had been completely cut off from the rest of the state.

His announcement was a shocking 12 days ahead of the original date set by the Florida Department of Transportation (FDOT) and two days ahead of their revised early completion date of Oct. 21, 2022.

DeSantis said there had been more than 100 crews and 36,000 work hours required to make the repairs.

FDOT says this will allow residents, business owners, and others to return to the hard-hit island to begin the recovery process.

But to assure the people of Sanibel Island are taken care of, barge missions will continue to make sure all needed supplies get to the island in a timely manner.

The amazing repair of the Sanibel Causeway beat all expectations and is a real tribute to Governor DeSantis and his team, as well as to all those who labored tirelessly to make it happen.

And while Hurricane Ian left a deadly trail of destruction behind it, it appears the Democrats are scrambling to come up with another line of attack against DeSantis.

His administration has now become widely known as one of the best in the fight to resurrect the ruins from a natural disaster.

It will be interesting to see what the next line of attack is for the desperate Democrats.

Because Ron DeSantis continues to perform far above expectations, part of the reason he has become the most popular politician in the nation.