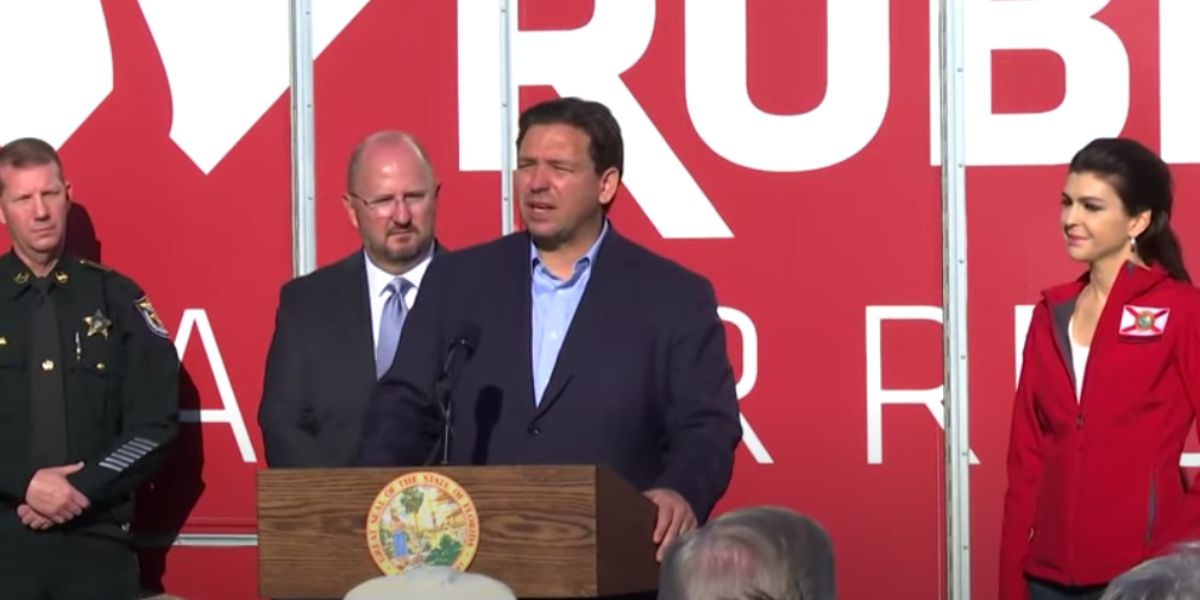 Democrat activists in the corporate-controlled media continue to lose their minds over Florida Governor Ron DeSantis.

DeSantis Derangement Syndrome has taken hold in the press.

One reason Governor DeSantis is so popular with conservatives and topping 2024 GOP Presidential polls is the fact that DeSantis puts on a master class in dealing with the corporate-controlled media.

Unlike RINOs such as Mitch McConnell, Liz Cheney, or Mitt Romney, DeSantis refuses to accept the press passing off Democrat Party talking points as objective truths.

DeSantis refuses to grant corporate-controlled media outlets the legitimacy they do not deserve.

The press is now starting to whine about DeSantis exposing them for the partisan frauds that they are.

Over the last year, DeSantis has given just a handful of interviews. Almost all of them have been with Fox News primetime or morning hosts or major conservative podcasters. But he’s also carved out time for the Florida Standard and a similar site called Florida’s Voice, which launched in 2021.

The publications offer an unfiltered platform for his message. And they’ve returned the favor of his attention with flattering coverage and headlines like “‘Florida’s Blueprint for America’s Revival’: DeSantis Launching Book to Detail ‘Battle-Tested’ Victory Plan for the U.S.”; “DeSantis-Endorsed School Board Candidates March to Victory”; and “Casey DeSantis: ‘I Am a Testament That God is Great and God is Good, and Hope is Alive.’”

DeSantis spokesman Bryan Griffin responded to Semafor reporting by stating that conservatives are playing an away game with the corporate-controlled media due to their bias and thus there was no reason for DeSantis to lavish the left-wing press with time and attention.

It's not luxury to have print & corporate media stacked against you – but conservatives have to fight back and refuse to accept that biased & dishonest media are entitled to attention or access. https://t.co/9QmgPAzKpH