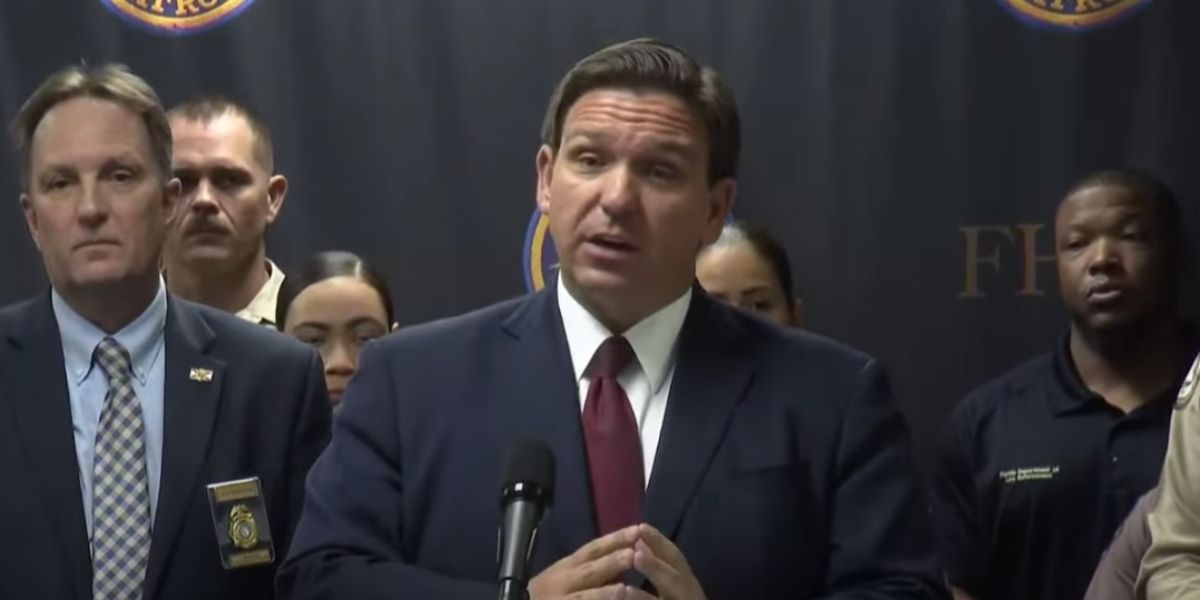 The red wave that started building in mid-September collapsed before the Midterm elections.

Although Democrats across the country overperformed on Tuesday, Republicans cleaned house in the Sunshine State.

And Ron DeSantis ended one twenty-year losing streak that has Democrats in a frenzy.

Even though Florida has historically been known as the biggest swing state in America, it’s been slowly shifting Right in recent years.

In May, Governor Ron DeSantis announced that he set a goal of turning Florida into a solid red state.

“I think that after the election, my goal would be, if we win the election really big, people like you who analyze these things are gonna say, ‘The days of Florida being a swing state are over,’” DeSantis said in May.

“Florida is a red state, and I think that’s because of a lot of what we’ve done,” he added.

On Tuesday, even though the red wave fizzled out all across the country, Ron DeSantis led Republicans to a tidal wave victory over Democrats in Florida.

But one of the most impressive victories for DeSantis came in historically-blue Miami-Dade County.

In 2018, Democrat Andrew Gillum took the county by over 20 percent.

On Tuesday, DeSantis and Rubio both won Miami-Dade County by nine points.

This is the first time Republicans won the county in two decades.

He also flipped Palm Beach County Red for the first time in years.

DeSantis thanked voters in the two counties for their support.

“Thank you Miami-Dade County,” DeSantis said. “Thanks to Palm Beach County,” he continued, before adding that “it is clear that in these elections we will have obtained a significant number of votes from people who perhaps would not have voted for me four years ago. And I want you to know that I am honored to have earned your trust and support over these four years!”

And now even more conservatives are calling for him to run for President in 2024.