Joe Biden’s Presidency has seen one disaster after another befall America.

Americans are looking for leaders to fight back.

And Ron DeSantis had one surprise for Joe Biden that sent Democrats into panic mode.

The number one Biden administration failure is opening the border to an invasion by illegal aliens.

The month of May saw the Border Patrol intercept a record 239,000 illegal aliens.

That’s why Governor DeSantis created a strike force whose goal is to help local law enforcement combat illegal immigration and the human trafficking and drug smuggling that accompany this crisis.

It’s a wonderful thing to work as an attorney general alongside a governor like Ron DeSantis, who doesn’t ignore when criminal activities are going on and doesn’t make decisions or policies that embolden criminal organizations. He actually watches very closely what is going on within our state, within our borders, and takes action to combat that. And we’ve received information that our law enforcement has routinely engaged those smuggling folks into our state, uncovering large amounts of drugs enough to kill thousands of Floridians. And enough is enough.

You can’t have illegal activities going on right in front of you and pretend they’re not happening. As executive officials, we have a duty to act. And so this is a really strong, bold step by Governor DeSantis to call upon our office to work with and impanel a statewide grand jury to investigate how organizations and folks are helping, aiding and abetting these criminal transnational organizations that are smuggling children in a very dangerous way.

Donald Trump defeated Hillary Clinton in 2016 by making stopping illegal immigration and building a border wall the centerpiece of his campaign.

In 2022 and 2024 Republicans have the opportunity to duplicate that success.

But establishment RINOs who are all talk but secretly support amnesty and open borders won’t be able to get the job done.

Ron DeSantis’ willingness to take concrete action to fight back against the Biden administration’s attack on America is why polls show that if Donald Trump does not run for President in 2024 that Ron DeSantis is the favorite to win the GOP nomination. 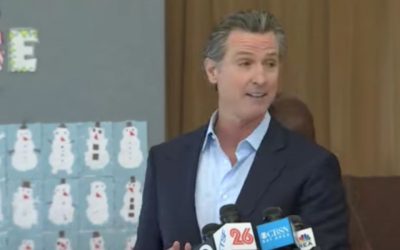 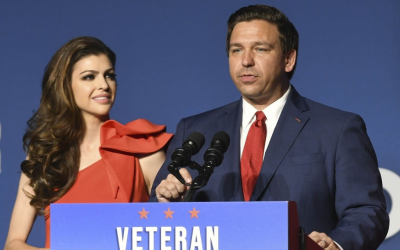