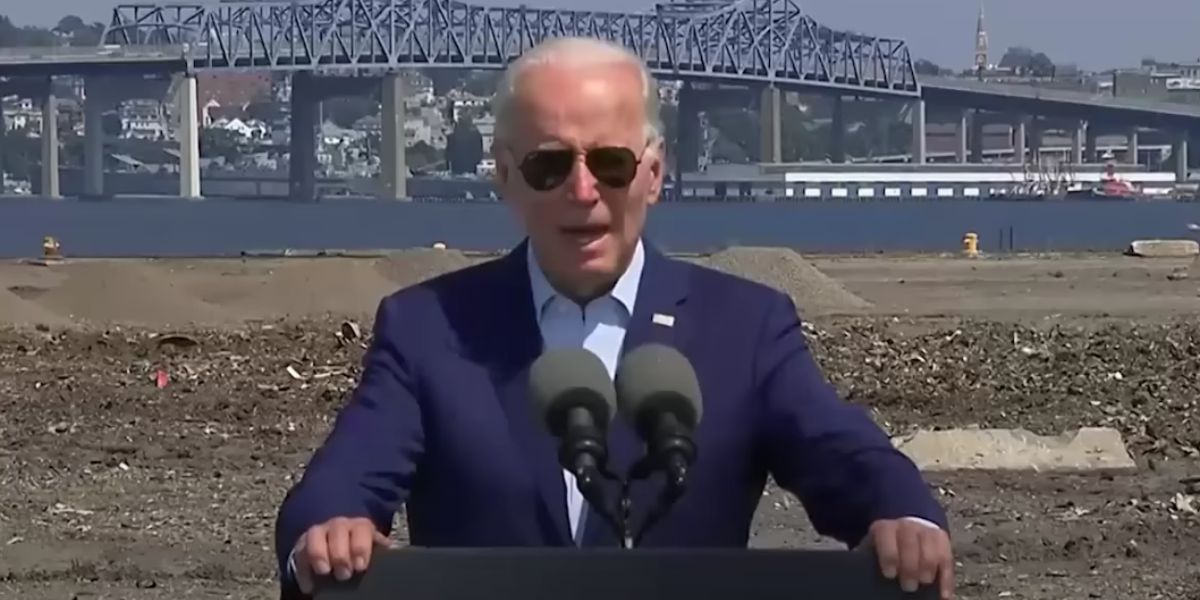 If it’s a day that ends in “y” chances are Democrats and their allies in the press are lying about Ron DeSantis.

The aftermath of Hurricane Ian was no different.

But this time Ron DeSantis has an ace in the hole that just destroyed Joe Biden and the Fake News Media.

“I think the one thing this has finally ended is the discussion about whether or not there’s climate change, and we should do something about it,” Biden exclaimed.

Biden then falsely claimed DeSantis agreed with him.

“First of all, the biggest thing the Governor’s done and so many others have done is recognized this thing called global warming,” Biden continued. “The world is changing.”

Finally, Biden repeated the Big Lie that hurricanes were growing in number and frequency thanks to so-called “climate change.”

“To the ground! Gone!” Biden ranted.

This is all a lie.

And it’s refuted by the government’s own data.

Researcher Michael Shellenberger authored a post on his substack citing numbers from the National Oceanic and Atmospheric Administration (NOAA).

According to the NOAA, hurricanes are not becoming more frequent or more deadly.

Claims that hurricanes are becoming more frequent are similarly wrong. “After adjusting for a likely under-count of hurricanes in the pre-satellite era,” writes NOAA, “there is essentially no long-term trend in hurricane counts. The evidence for an upward trend is even weaker if we look at U.S. landfalling hurricanes, which even show a slight negative trend beginning from 1900 or from the late 1800s.” What’s more, NOAA expects a 25% decline in hurricane frequency in the future.

In fact, until Ian hit Florida there had been no hurricanes making landfall this entire season.

But Democrats and the Fake News Media hype up the fake threat posed by so-called “climate change” because they think it creates the crisis conditions necessary to impose socialism on America through the Green New Deal.

DeSantis Daily will keep you up to date on any new developments in this ongoing story.