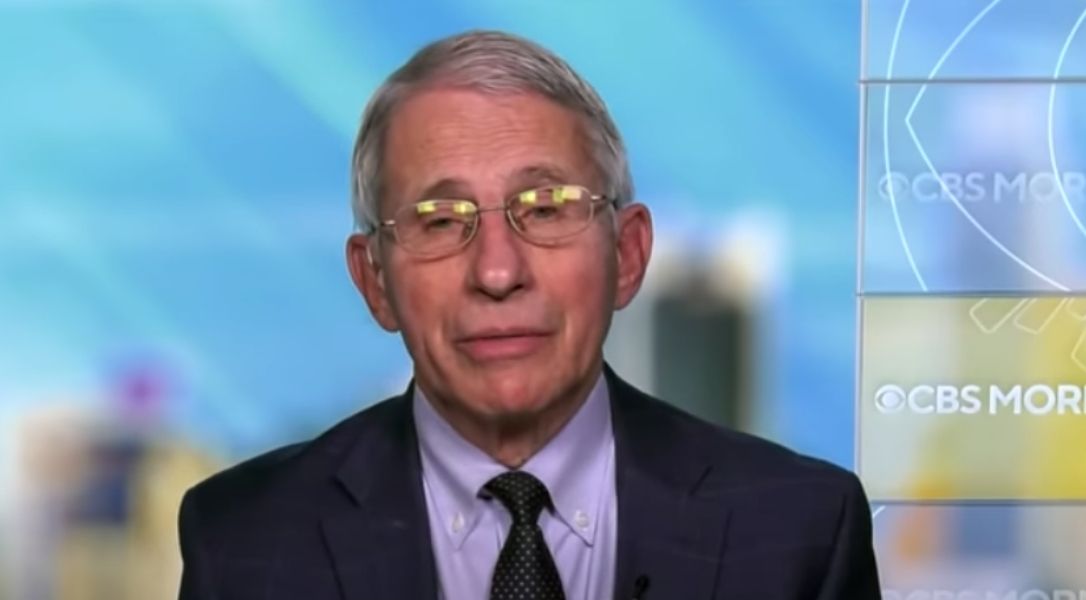 Anthony Fauci is in panic mode.

More and more Americans are demanding he step down or be fired.

And Ron DeSantis just dropped the hammer on Anthony Fauci for committing this despicable act.

Dr. Fauci has repeatedly denied claims that the NIH, under his direction, funded gain-of-function research at China’s Wuhan Institute of Virology.

Even under oath, Dr. Fauci stood by his claim that the NIH never funded gain-of-function research.

However, the NIH recently admitted to funding gain-of-function research on coronavirus at the Wuhan Lab under Anthony Fauci’s direction.

After spending the past 18 months deliberately misleading the public with his COVID guidelines, the NIH admitting to funding gain-of-function research is leading to more and more Americans to call for Fauci to resign or be fired.

But it’s not just the gain-of-function research funding that Americans are outraged about.

Americans are infuriated over the recent news that Fauci’s NIH used taxpayer dollars to fund an experiment in Africa where beagles’ heads were locked in cages while hungry sandflies ate them alive.

“We know NIH gave money to fund research, gain of function research, at the Wuhan Institute of Virology,” DeSantis said at a recent press conference.

“So what they’re doing is they’re taking U.S. tax dollars in China, and they’re trying to create super viruses that will be more dangerous for humans,” DeSantis declared. “And they’ll say, ‘Well, we want to figure out how to combat the viruses,’” DeSantis added, calling Fauci’s actions “very hazardous” and “unethical.”

“So we’ve got to shut that down,” DeSantis argued, adding “you can’t have mad scientists running around playing God like this.”

After that, DeSantis brought up the reports of Fauci’s NIH funding “cruel experiments on puppies.”

“What they were doing with those puppies is flat-out disgusting, despicable. That needs to stop,” DeSantis argued.

In closing, DeSantis demanded Fauci be held accountable for his lies and despicable experiments on puppies.

“And so from funding gain-of-function research to treating these puppies with really unimaginable cruelty, I think that a whole lot of them need to be cleaned out,” DeSantis exclaimed.

“We need to be standing up for the American taxpayer and doing things ethically and not doing things like gain-of-function and certainly not abusing puppies,” DeSantis added.

Democrats are ruthless. There’s no line they won’t cross when it comes to taking down their political enemies. And Ron DeSantis just went on Fox News and revealed one sickening truth about Democrats and the left-wing media. Ron DeSantis is the most popular Republican...

Hurricane Ian wrought untold devastation on the state of Florida. Governor Ron DeSantis is leading the state through the recovery. And now Ron DeSantis asked Joe Biden to do one thing that drove the Fake News Media insane. Natural disasters occurring is one of the few...

Ron DeSantis is leading the efforts in the Sunshine State to help Floridians recover from the massive destruction caused by Hurricane Ian. The Florida Governor just received some valuable assistance from an unexpected source. And Ron DeSantis thanked Elon Musk for...

Liberal media reporters seized on the chance to attack Ron DeSantis over Hurricane Ian. Democrats can always count on the corporate-controlled press to do their political dirty work. And the Fake News Media just attacked Ron DeSantis in the most disgusting way...