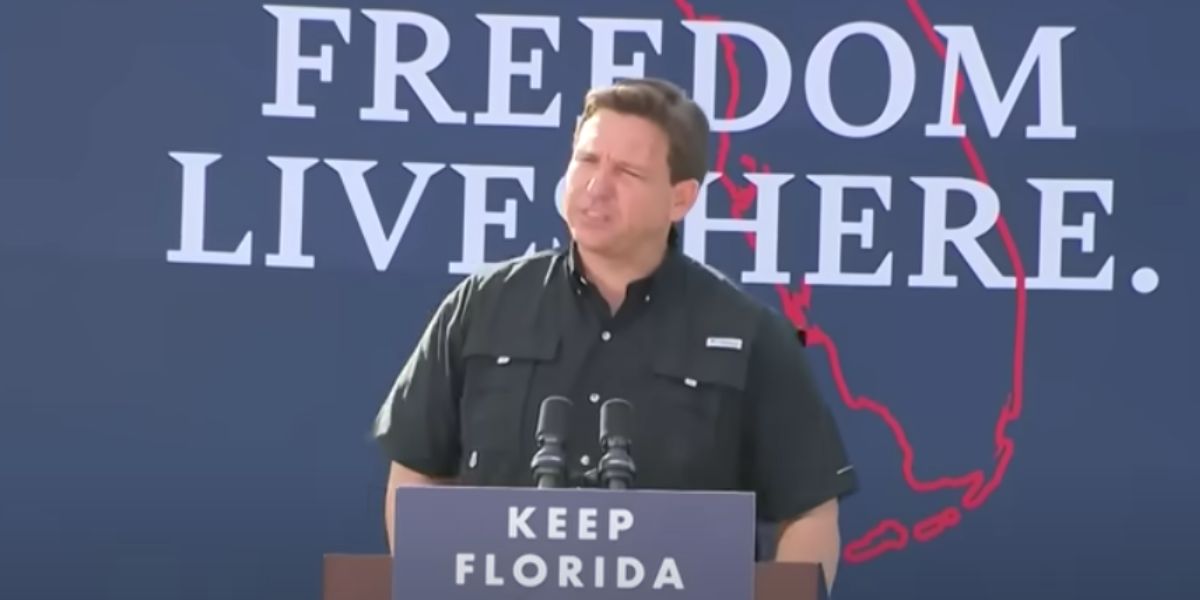 Midterm elections have historically served as a referendum on the President’s political Party.

With Joe Biden’s dismal approval ratings, Republicans were hopeful about taking back both houses of Congress from the Democrats.

The Midterm elections were a huge disappointment for the GOP, as the predicted red wave failed to materialize and Republicans underperformed all expectations.

Republicans are still searching for answers and looking for why the red wave fizzled out before Election Day.

Establishment Republicans immediately blamed Donald Trump and the candidates he endorsed in races across the country.

But some conservatives are pointing the finger at RINO Mitch McConnell for selling out and handing Joe Biden victories on gun control, the Green New Deal, and corporate bailouts.

Even though Republicans failed to take the Senate and only won a slim majority in the House, a red tidal wave rolled across the Sunshine State on Election Day.

There, Governor Ron DeSantis destroyed Charlie Crist by nearly 20 points, picked up a super majority in the legislature, and achieved his goal of turning Florida into a solid red state.

DeSantis’ success in Florida catapulted him to the top of the polls for the 2024 Presidential Primary.

Now Ron DeSantis is offering his thoughts on the GOP’s “huge underperformance” in the Midterms.

“We assumed we were going to end up with like 245 House members, we’re at 222 it looks like, which is a huge underperformance,” DeSantis said. “The question is, you know, why did that happen?”

DeSantis said Midterm elections are usually a referendum on the sitting President.

DeSantis then laid out the strategy Republicans needed to “run and win majorities” in the future, pointing to his success in Florida as a prime example.

“I think what we’ve done in Florida is we’ve shown that we’ve exercised leadership, we’ve not kowtowed,” DeSantis said, before adding that “we’ve been willing to take on big interests.”

He said “producing results . . . ends up attracting more people to want to be on your team, but that was not something that was happening throughout the rest of the country.”

DeSantis is keeping his 2024 plans close to his chest.

But he is making moves that signal he is planning a bid for the White House in two years.