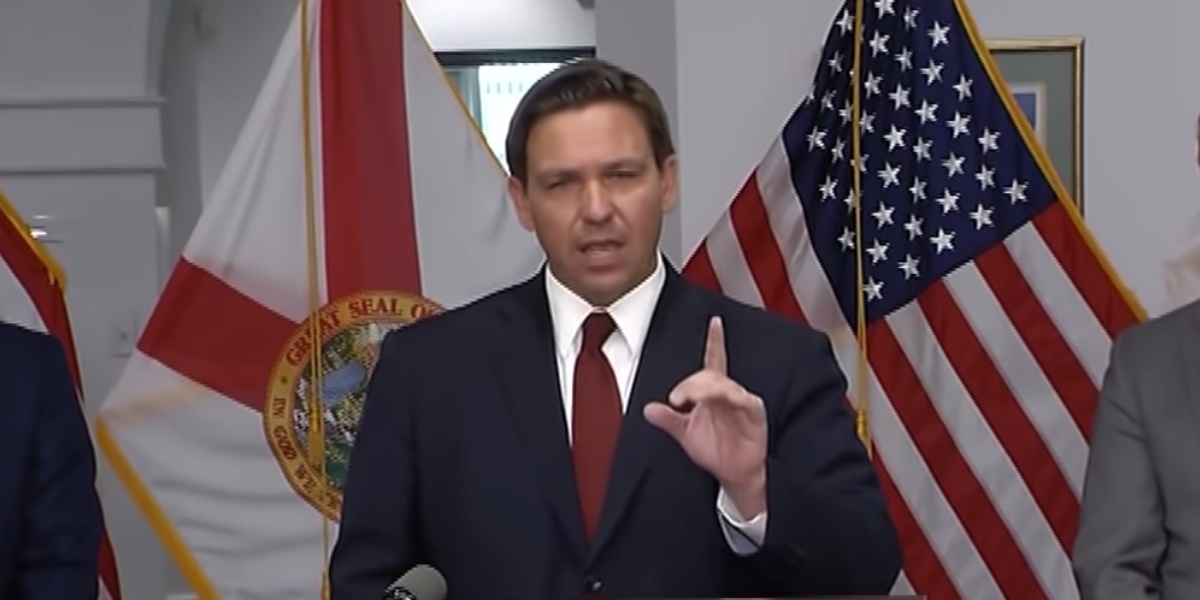 The “woke” Left is tearing down historical monuments and renaming schools and universities across the country.

And Ron DeSantis just exposed the ugly truth about why the Left is erasing America’s history.

For the past two decades, universities, localities and states across America have formally replaced Columbus Day with “Indigenous Peoples’ Day.”

But on Monday, Joe Biden became the first U.S. President to issue a proclamation marking “Indigenous Peoples’ Day” as opposed to recognition of the original Columbus Day holiday.

And Florida Governor Ron DeSantis is standing up and defending America’s history from Joe Biden and the Left’s vicious attacks and smears.

“Columbus Day commemorates the life and legacy of the Italian explorer, Christopher Columbus, who made Europeans conscious of the existence of the New World and whose travels opened the door for the development of European settlements in the Western Hemisphere, which would ultimately lead to the establishment of the United States of America,” wrote DeSantis in a statement he released honoring Christopher Columbus.

DeSantis then went on to acknowledge Christopher Columbus’ accomplishments and praise him for his bravery, writing “without the heroism of explorers who ventured into the unknown some five centuries ago, we would not be here today in this hemisphere, on this continent, in this country, with the ones we love, as Americans propel humanity forward as the engine of innovation and the guarantor of global security and stability.”

Christopher Columbus displayed courage, determination, and perseverance when he sailed the ocean blue more than 500 years ago.

But Ron DeSantis did much more than just praise and acknowledge Columbus for his accomplishments.

He also exposed the ugly truth about why the woke cancel culture Left is trying to erase America’s history.

“Individuals who seek to defame Columbus and try to expunge the day from our civic calendar do so as part of a mission to portray the United States and Western history in a negative light as they seek to blame our country and its values for all that is evil in the world, rather than see it as the force for good,” wrote DeSantis.

As Ron DeSantis pointed out, the Left is trying to paint America as an inherently racist and evil nation in order to tear it down and usher in their Marxist “utopian” society.