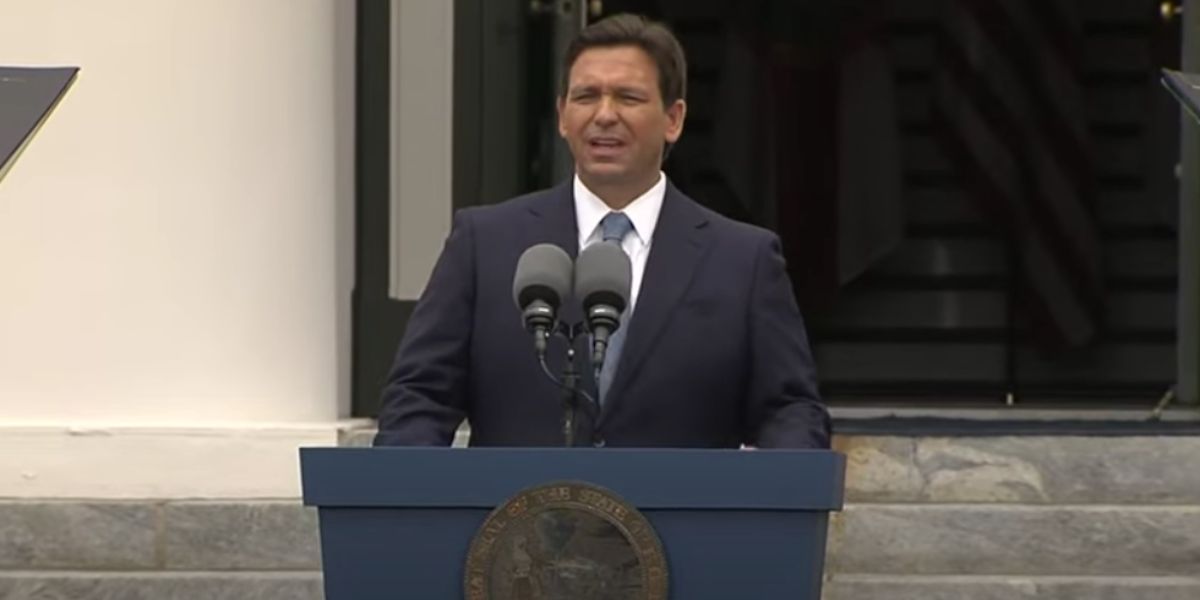 Ron DeSantis spent the second half of his first term fighting against the Left’s woke ideology.

Florida voters rewarded him with a landslide re-election victory in November.

And now Ron DeSantis just put the woke Left on notice during his Inaugural Address with this brutal smackdown.

In 2018, Ron DeSantis eked out a narrow 0.4% victory in the General Election.

Despite winning by a razor-thin margin, DeSantis pushed forward with his bold conservative agenda in the face of vicious attacks and smears.

From illegal immigration to battling the woke Left to restoring parental rights to protecting the sanctity of life to defending the Second Amendment, DeSantis has been a leader on virtually every issue that matters to conservatives.

Democrats were hoping to defeat DeSantis in November and stop his rise to stardom in the Republican Party.

But it didn’t turn out as planned for the Democrats.

Even though Republicans underperformed across the country on Election Day, DeSantis crushed Charlie Crist by 19 points, turned Florida Red, and led the GOP to a supermajority in the state legislature.

But DeSantis is not done fighting for conservative values.

On Tuesday, DeSantis was sworn in for a second term at the State Capitol in Tallahassee, Florida, where he delivered a fiery inaugural address.

DeSantis pointed out how Florida stood out from the rest of the country as “the land of liberty and the land of sanity.”

As a result of these efforts, DeSantis noted that “Florida is leading the nation” in eight important categories, including net in-migration, fastest growth, most new business formations, tourism, economic freedom, education freedom, parental involvement in education, and public higher education.

But DeSantis put the Left on notice that “we are far from done” booting wokeism out of Florida.

“We reject this woke ideology,” DeSantis declared. “We seek normalcy, not philosophical lunacy,” he continued, before adding that “we will not allow reality, facts, and truth to become optional.”

DeSantis promised to continue fighting the “woke mob” in order to make sure that “Florida is where woke goes to die!”

“We will never surrender to the woke mob,” he promised. “Florida is where woke goes to die!”

DeSantis also promised to keep fighting against the “entrenched bureaucrats in D.C., the jet-setters in Davos, and the corporations wielding public power.”

“It is our responsibility here in Florida to carry this torch,” DeSantis said.

“We do not run from this responsibility; we welcome it. We will be on our guard. We will stand firm in the faith. We will be courageous. We will be strong! And we thank God and are proud to be citizens of the great Free State of Florida!” he concluded.