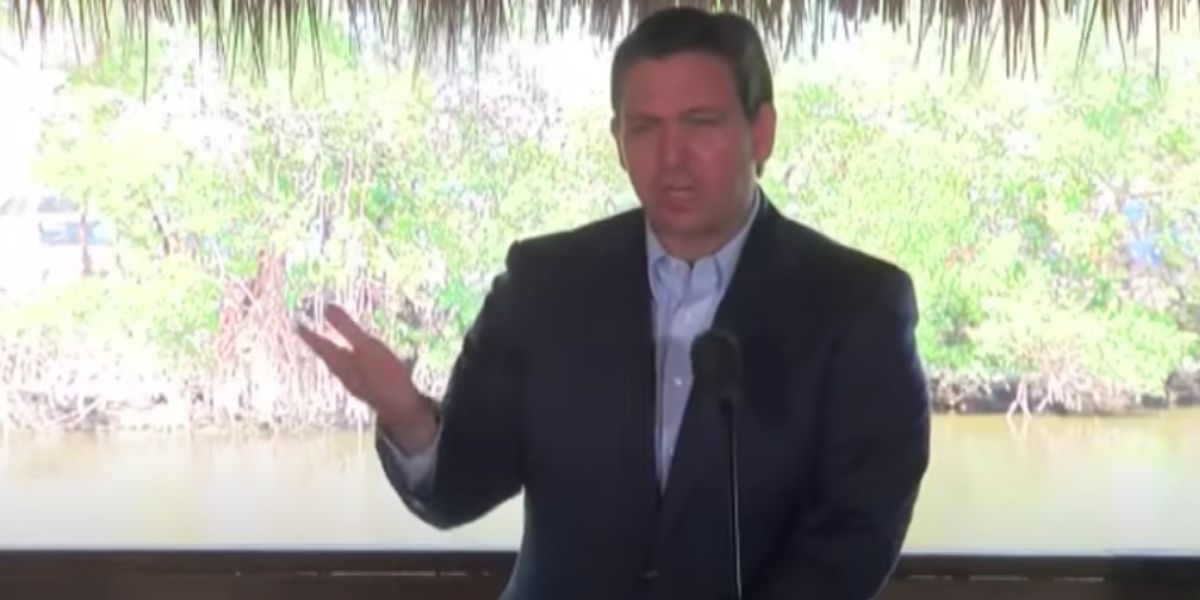 Ron DeSantis set himself apart from other Republican Governors over the past two years by defending freedom and waging war on the Left’s woke ideology.

The Democrats and left-wing media attacked and smeared him every step of the way.

But Ron DeSantis just released one list that shows exactly why Florida voters handed him a landslide reelection victory.

Ron DeSantis took a lot of fire over the past two years from the Democrats and Fake News Media for his bold leadership and willingness to fight for his conservative values.

During the pandemic, DeSantis rejected Fauci and Biden’s lockdowns orders, reopened the businesses and schools, and banned masks and vaccine mandates.

The Left attacked him the entire time, nicknaming him “Ron DeathSantis” and claiming his pro-freedom policies would lead to countless deaths in the Sunshine State.

Of course, this never happened.

Not only was DeSantis proven correct, but his policies also led to massive economic and financial benefits for the Sunshine State.

And thanks to DeSantis’ leadership, Florida is leading the nation in several important areas.

“In 2022, Florida’s unemployment rate continued to decline, dropping to a low of 2.6 percent in November — the lowest among the nation’s top ten largest states and 1.1 percent lower than the nation’s,” a press release from DeSantis’ office read.

DeSantis also delivered on his promise to make 2022 the “year of the parent” in Florida.

“This year’s accomplishments include record funding for students, teacher pay, school safety, and mental health, achieving the highest National Assessment of Educational Progress (NAEP) rankings in Florida’s history, becoming the #1 ranked state in education freedom, continuing to secure the title of #1 higher education system in the nation, and implementing multiple groundbreaking laws and rules to uphold and expand parental rights and support veterans,” the release continued.

According to the Heritage Foundation’s rankings, Florida is number one in Education Freedom for “issues including education choice, regulatory freedom, academic transparency, and return on investment.”

From his “data-driven response to COVID-19” to defending the rights of the unborn to “protecting Kids and Ensuring Parental Rights from Agendas Pushed by WOKE Ideologists,” Ron DeSantis delivered on the promises he made to voters during his first term.

And voters rewarded DeSantis with a landslide re-election victory mandate to continue pushing forward with his conservative agenda.