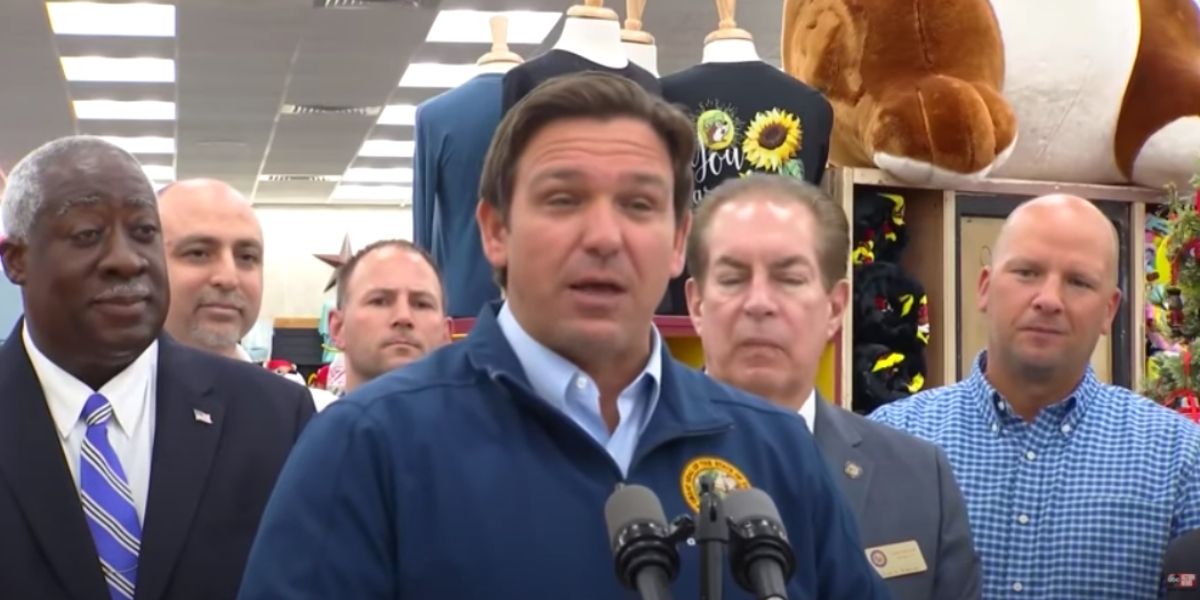 That’s bad news for the Left.

And Ron DeSantis just sent one big message that every Democrat should pay attention to.

Woke corporations are now a key pillar in the Left’s political coalition.

And this is not the first time Major League Baseball intervened in a political debate on behalf of Democrats.

Last year, Commissioner Rob Manfred yanked the All-Star Game out of Atlanta at the urging of Joe Biden and Stacey Abrams based on the lie that the election integrity bill the state legislature passed was “Jim Crow 2.0.”

But Florida Governor Ron DeSantis created the template for conservatives to fight back against woke corporations.

The Tampa Bay Rays were the latest to learn it’s not wise for woke businesses to stick their noses in the political arena.

Outkick.com exclusively reported, “DeSantis’s decision is in response to the Rays politicizing recent shootings in Buffalo and Uvalde ahead of a matchup with the Yankees in May . . .”

The report continued “. . . The decision follows DeSantis’ response to Disney earlier this year. In April, DeSantis revoked Disney’s special tax and self-governing privileges after the company injected itself into the debate over a Florida parental rights law, inaccurately dubbed as ‘Don’t Say Gay.’”

Governor DeSantis is sending the message to woke corporations that it’s one thing to side with the Democrats on every major policy fight, but they shouldn’t then expect Republicans to vote for tax breaks and government handouts for them.

Ron DeSantis made it absolutely clear how he believed the Supreme Court should’ve ruled on Roe v. Wade

Conservatives have waited years for this moment. Abortion-on-demand is no longer the law of the land in America. And Ron DeSantis made it absolutely clear how he believed the Supreme Court should’ve ruled on Roe v. Wade. On Friday, in a 6-3 decision, the Supreme Court...

Ron DeSantis is growing more and more popular with Republican voters nationwide. The left-wing media is determined to start a feud between DeSantis and Trump over the 2024 GOP nomination. But Ron DeSantis just told the press three words about 2024 that will put a...

Of all the failures of the Biden Presidency, gas prices have had the biggest direct impact on American families. Since his first day in office, Joe Biden has stood in the way of domestic oil production. Now DeSantis' spokeswoman Christina Pushaw is calling out Biden's...