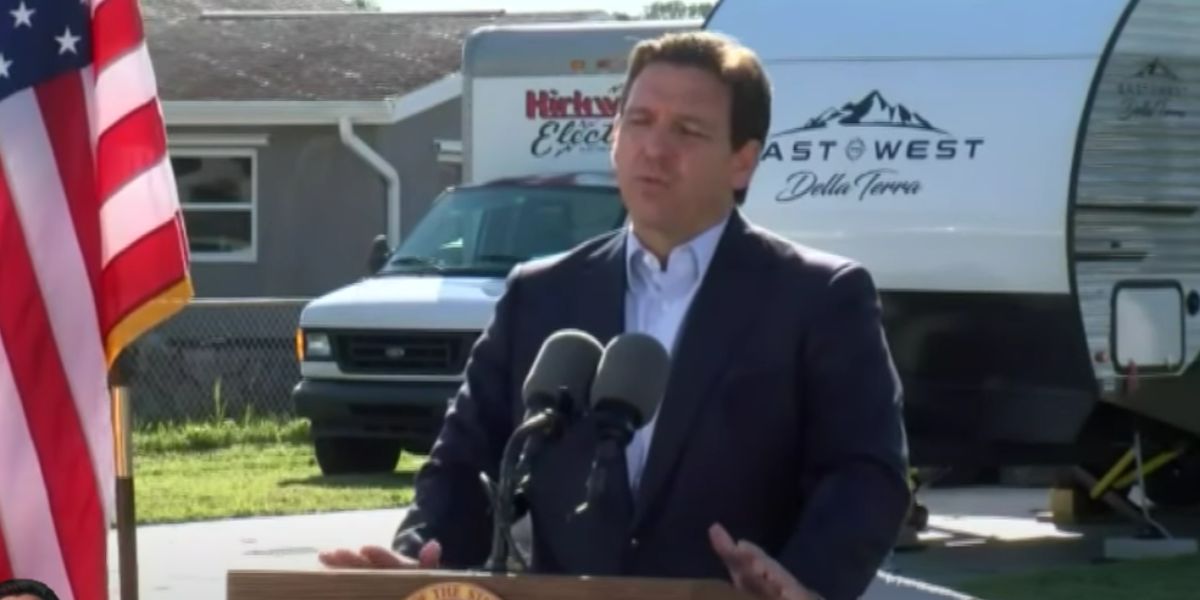 After the FBI raided Trump’s home in Mar-a-Lago in August, Joe Biden and the Democrats called for the former President to be arrested over it.

But now Biden is under the microscope over stolen classified documents from his time as Vice President.

And Ron DeSantis revealed one truth about Hunter Biden that put a big smile on Donald Trump’s face.

Joe Biden’s re-election announcement plans got put on hold after news broke that his attorneys found classified documents in several locations that he took with him from his Vice Presidency.

For the past several months, Democrats have attacked and smeared Donald Trump for allegedly taking classified documents with him and storing them in Mar-a-Lago.

Of course, Joe Biden is not receiving the same treatment as Donald Trump, who had his home raided by 30 armed FBI agents.

When the FBI raided Trump’s home in Mar-a-Lago back in August, Ron DeSantis defended the former President and pointed out how America has a two-tiered system of justice.

“The raid of (Mar-a-Lago) is another escalation in the weaponization of federal agencies against the Regime’s political opponents, while people like Hunter Biden get treated with kid gloves,” DeSantis said at the time.

On Wednesday, DeSantis offered his thoughts on Joe Biden stealing classified documents from his time as Vice President and hiding them at several locations over the past six years.

One of the locations where Biden stored some of the classified documents was at his home in Wilmington, Delaware.

Republicans are especially concerned about what information he stored in Wilmington since Hunter lived there and claimed to own the home in a document found on his laptop.

DeSantis blasted Biden as “reckless” for where he stored the documents.

“Look, he [Biden] said it was incredibly reckless to have classified documents,” DeSantis began. “He said all this stuff, you know, on 60 Minutes, and now you find out he had them stashed behind his Corvette at his house that Hunter had access to, which is definitely a security risk in my book.”

DeSantis then pointed out the blatant hypocrisy in the way the media treated Joe Biden differently than Donald Trump.

“And so, I think it just shows you what some of these folks do,” he said. “They had all this stuff to say,” DeSantis continued, adding that “now they’re acting like this is something, like it’s not a big deal.”

The Florida Governor said the Justice Department should give Joe Biden the same treatment they gave Donald Trump in order to be fair.

Ron DeSantis and Donald Trump are the two most popular Republicans in the country.

The two are expected to lock horns over the Republican nomination in 2024.

But that is not stopping DeSantis from pointing out the clear difference in how Merrick Garland treated Joe Biden compared to Donald Trump.