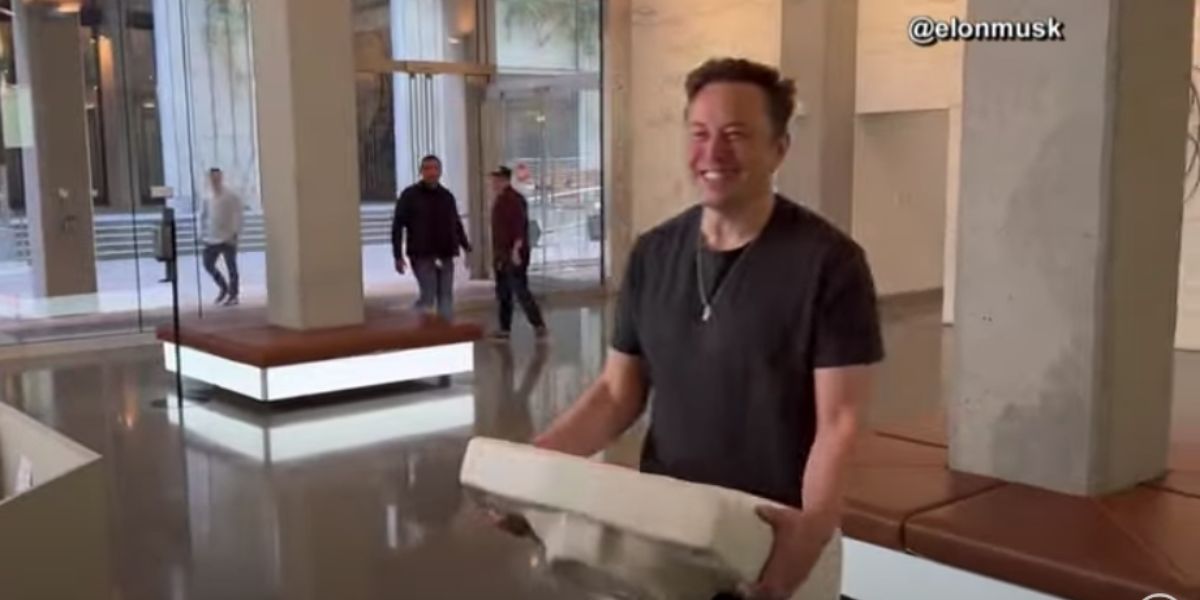 Left-wing Twitter users had a collective meltdown over Musk becoming the new owner of the social media platform.

Ron DeSantis revealed the real reason why the Left is furious about Elon Musk purchasing Twitter.

Back in April, Elon Musk sent the Left into a frenzy when he announced he was planning to purchase Twitter for $44 billion and turn it into a free speech platform.

After several months of back-and-forth negotiations, Musk finally completed the deal last week to become the new owner of the social media giant.

As expected, the Left had a collective meltdown online over the news, with many claiming they are leaving the platform for good.

NBC’s This Is Us producer Ken Olin was among the first to declare his Twitter exodus.

“I’m out of here,” he tweeted Friday.

But the Left really lost it when one of the first moves Elon Musk made as the new owner was firing several of the company’s top left-wing executives.

As the head of “trust and safety,” Gadde was notorious for her fanatical censorship agenda, which included suspending former President Donald Trump’s account.

While the Left melted down over Musk purchasing Twitter, Florida Governor Ron DeSantis celebrated the news.

During a campaign event in Franklin County, DeSantis pointed out why the Left is furious over Musk owning Twitter.

“It’s not like he’s a super-conservative, but he understands the woke elites in this country are trying to shove an agenda down everyone’s throats,” DeSantis said.

“They want to silence you and stifle you,” he continued, before adding that Musk “takes umbrage at that.”

DeSantis then blasted the woke elites, who he said are bankrupt and have nothing to offer America.

“Obviously he realizes these woke elites are bankrupt and they don’t have anything to offer our country,” DeSantis said. “By opening up platforms, it will allow the truth to disseminate more freely.”

The Left needs to control social media platforms in order to control the flow of information to the American people.

With Elon Musk taking over Twitter, the Left will no longer be able to silence and censor anyone who speaks out against the regime’s agenda.

And as Ron DeSantis pointed out, that’s the reason why the Left is furious about Musk owning Twitter.