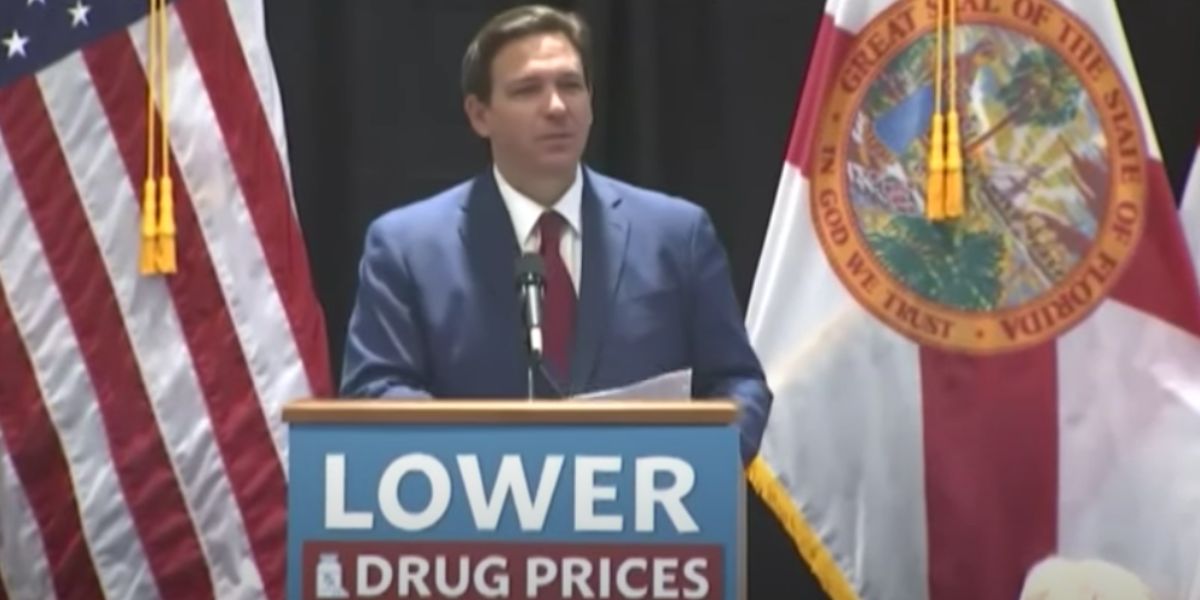 For years, the corporate-controlled media controlled the flow of information to the American people.

But that all started to change when Donald Trump exposed the Fake News Media during the 2016 Presidential election.

Now Ron DeSantis sees no need for sit-down interviews with the corporate-controlled press and they’re furious about it.

Ron DeSantis is a rock star in the Republican Party and is considered a top contender for the GOP Presidential Primary race.

Republican voters rallied behind DeSantis over the past two years when he emerged as the leader of the fight against COVID tyranny and against the Left’s woke ideology.

Naturally, DeSantis’ bold conservative leadership and his rock star status among Republican voters nationwide made him a top enemy of the corporate-controlled press.

During the pandemic, left-wing activists in the press labeled him “Ron DeathSantis” over his refusal to enforce lockdowns and mandates.

MSNBC’s Joy Reid even accused DeSantis of “risking the lives of children, children’s parents, their grandparents, anyone they may come into contact with” and called him a “negligent, homicidal sociopath.”

After the Left falsely labeled the Parental Rights in Education Bill as the “Don’t Say Gay” bill, the corprorate-controlled media viciously attacked and smeared DeSantis as “anti-gay” and accused him of harming the LGBT community.

Over the past two years, the left-wing media has done nothing but insult and smear the Florida Governor.

But members of the left-wing press are arrogant and believe they are more important than the rest of the public.

And in a recent op-ed for The New York Times, Michael M. Grynbaum ranted and raved about DeSantis refusing to conduct sit-down interviews with the same press who spent the past two years insulting him.

“Florida reporters have complained about a lack of access to Mr. DeSantis since he was elected governor in 2018, a victory fueled in part by dozens of appearances on Fox News,” Grynbaum wrote. “His anti-media hostility intensified during the pandemic, when he faced criticism for reopening Florida early; in March 2020, a staff writer for The Miami Herald was barred from a news conference about the virus.”

The left-leaning group Florida Center for Government Accountability shared the article attacking DeSantis in a post on social media.

But Christina Pushaw is not one to ever back down from a fight.

And Pushaw ripped the corporate-controlled press for attacking DeSantis for not giving them special treatment.

“Governor DeSantis holds official press conferences several times a week; all local media outlets are invited and generally all local TV channels live stream these press conferences,” Pushaw wrote in response to the media’s outrage. “Reporters have an opportunity to ask questions,” she continued, before adding that it’s “far more transparent than sit downs with NYT.”

Pushaw also pointed out that “all the official @GovRonDeSantis press conferences are live streamed on @rumblevideo, Facebook, and Twitter” for anyone to watch.

But as Pushaw noted, the corporate-controlled press doesn’t like live stream press conferences because they can’t do “selective editing” to make conservatives look bad.

And that is why the left-wing press is throwing a temper tantrum over DeSantis refusing to do a sit-down interview with them.

From the looks of it, they’ll just continue to have to deal with it.