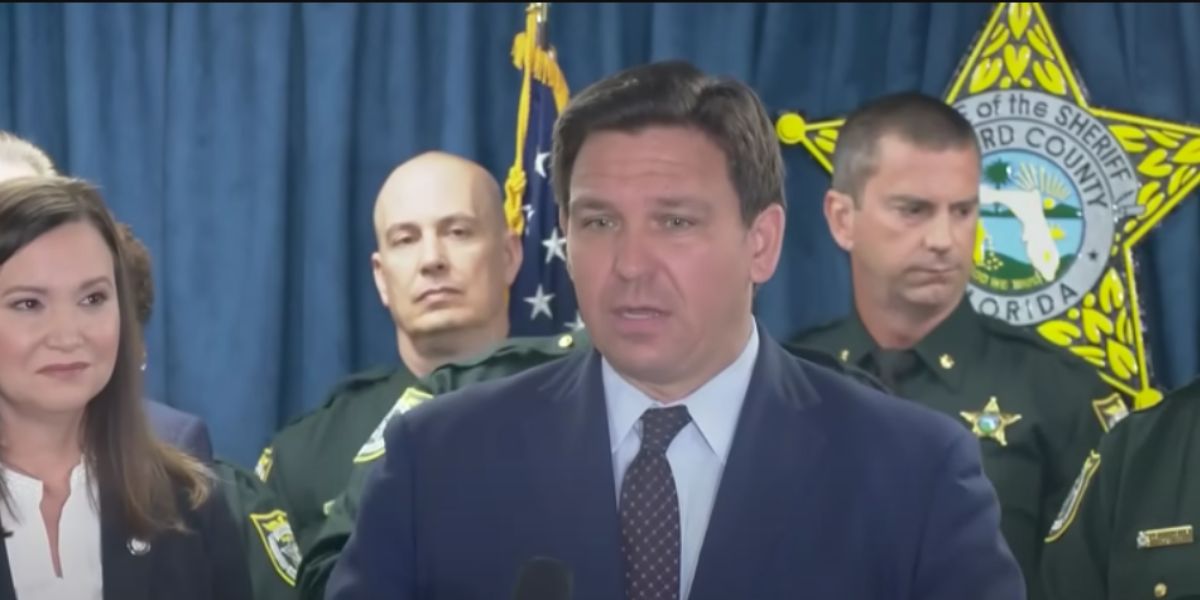 Rush Limbaugh was the first conservative to open Americans’ eyes to the liberal bias in the so-called “mainstream” media.

And Ron DeSantis told a truth about the Fake News Media that everyone needs to hear.

Florida Governor Ron DeSantis became a star in Republican circles in large part due to the fact that DeSantis refused to roll over for the Fake News Media’s hit pieces.

Whereas establishment RINOs like George W. Bush, John McCain, and Mitt Romney would play nice with the press and not fight back when reporters smeared them, Governor DeSantis realized Donald Trump was correct when he blasted the Fake News Media as the “enemy of the people.”

In an interview with Florida Voices, Governor DeSantis slammed the liberal media’s coverage of Hurricane Ian and how media activists rooted for death and destruction to hurt him politically.

”Quite frankly, you have national regime media that they wanted to see Tampa, because they thought that that’d be worse for Florida. That’s how these people think,” DeSantis explained.

DeSantis added that the press wanted mass death and the storm to level high-density population centers so they could turn the devastation into a Hurricane Katrina moment in the hopes of derailing DeSantis’ re-election bid.

“They don’t care about the lives here,” DeSantis continued. “If they can use it to pursue their political agenda, they will do it.”

Corporate-controlled media activists were furious the storm did not destroy Tampa Bay.

After Ian hit the press tried to fabricate a Katrina moment by zeroing in on Lee County not issuing an evacuation order until the day before the storm.

The press hoped to blame deaths in Lee County on DeSantis administration incompetence in not ordering an evacuation sooner, but the simple fact off the matter is the storm track continually showed Ian getting ready to pummel Tampa 48 to 72 hours out before shifting direction and hitting the southwest Florida.

After Katrina, the press only covers hurricanes with two political frames of reference.

One is to try and hurt Republicans politically by making it seem like they let people die.

Second, they falsely claim there are more numerous and more devastating hurricanes hitting because of so-called “climate change.”

The press advances this hoax to help Democrats create another crisis they can exploit to turn America into a socialist nation.

But Ron DeSantis is willing to call out the Fake News Media for pushing these lies.

And in doing so he shows conservatives they don’t need to roll over and just accept the Fake News Media’s phony narratives.