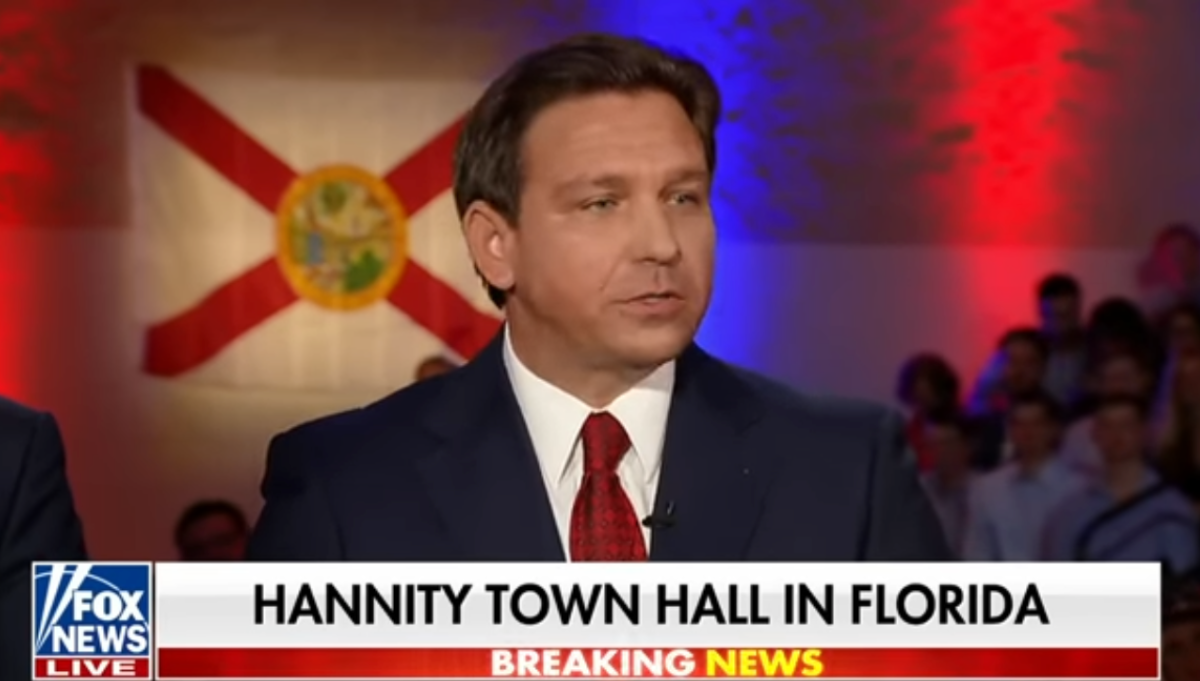 Ron DeSantis is leading Democrat Charlie Crist by double digits with just over one week left until Election Day.

But the battle in Florida extends beyond Ron DeSantis.

Ron DeSantis became a rock star in the Republican Party over the past two years for standing up to Joe Biden’s COVID rules and mandates, fighting the Left’s woke agenda, and restoring parental rights in education.

DeSantis is facing re-election to a second term on November 8.

After his rise to stardom in the GOP, Democrats were hoping to remove the threat of Ron DeSantis by defeating him on November 8.

Since DeSantis narrowly won in 2018 by 0.4% of the vote, Democrats were confident of their chances early on in the race.

However, that confidence quickly faded.

DeSantis destroyed Crist in fundraising, bringing in more than $130 million for his re-election efforts.

Polls have also shown DeSantis with a lead throughout the entire race.

But the Governor surged in the polls over the past few weeks and now enjoys a double-digit lead over Crist in the final days of the campaign.

DeSantis is not the only concern Democrats have about Florida.

Florida has always been known as one of the top swing states in America.

But the Sunshine State is shifting red under DeSantis’ leadership, with Republicans now outnumbering Democrats in voter registration for the first time in state history.

During Thursday’s episode of his show on Fox News, Sean Hannity held a town hall with Ron DeSantis in Palm Beach County.

DeSantis told Hannity that a massive red wave is building in Florida that will rock the country on November 8.

“We have a situation where voters are responding to a failed administration,” DeSantis said. “There’s just no way to sugarcoat it,” he continued, before adding that “things have gotten worse since Joe Biden was President.”

DeSantis then listed off a string of Biden’s failures over the past two years.

“The inflation is at a 40-year high,” he said. “He’s waged war on American energy,” DeSantis continued, adding that Biden has “bungled the southern border like we’ve never seen before.”

Instead of focusing on the important issues, Democrats are focusing solely on abortion and January 6.

“The Democrats are still in lockstep with him,” DeSantis said. “They will not break with their extreme policies, and our candidates are offering a better vision.”

DeSantis then made a bold prediction about the elections, saying “I think this will be one of the best Midterm elections of our lifetime.”

'VOTERS ARE RESPONDING': Florida @GovRonDeSantis tells "Hannity" why Republicans are gaining momentum ahead of the midterms. https://t.co/M5seFHIlPy pic.twitter.com/QiOnWIod6g

“The red wave in 2022 starts in the state of Florida,” DeSantis concluded as the audience erupted into cheers.