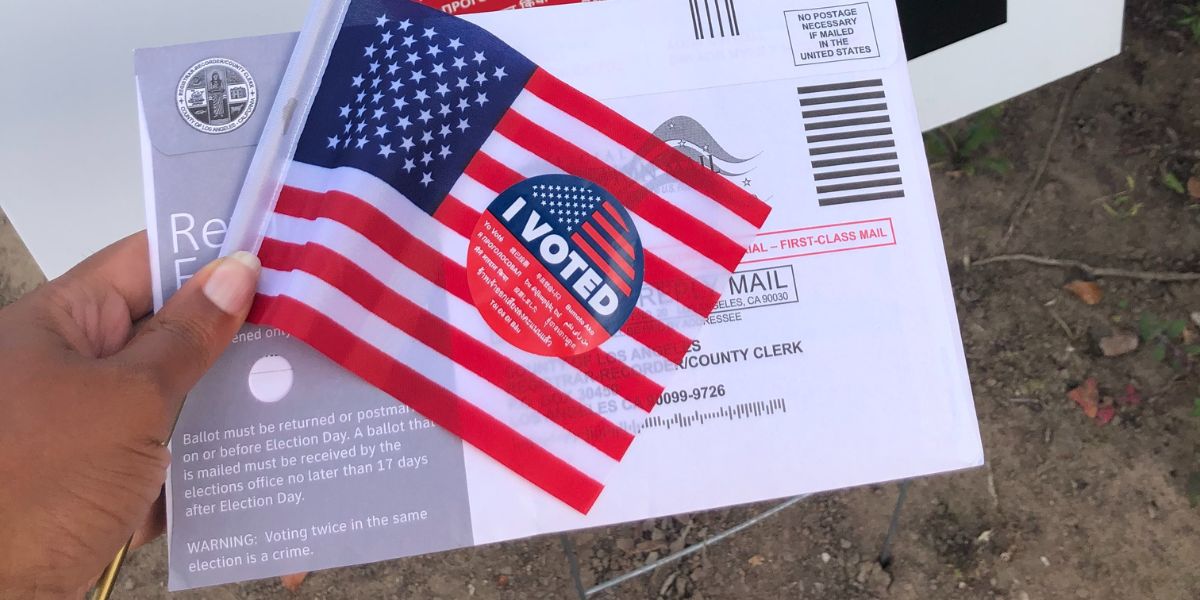 Election integrity was a top issue for voters in the 2022 Midterms after the madness that ensued during the 2020 Presidential race.

Ron DeSantis made election reform a top priority of his administration.

And Ron DeSantis turned Florida into the gold standard on the top issue to most Trump supporters.

After the controversies surrounding the 2020 Presidential race, Ron DeSantis spent the next two years strengthening election integrity in Florida.

In May of 2021, DeSantis signed legislation that banned ballot harvesting, stopped mass mailing of ballots in Florida, and enhanced voter ID protections.

Ballot harvesting is where individuals go out and round up mail-in ballots and drop them off at drop boxes, often during the late hours of the night.

It’s a preferred tactic of the Left and is ripe for fraud and abuse.

Byrd worked hard and visited all 67 counties in Florida ahead of the Midterm elections to ensure efficiency and integrity of the results.

And on Election Day, Florida finished counting all the votes by midnight and without any controversies or scandals.

During a press conference after the elections, DeSantis pointed out that Florida declared a state of emergency for Hurricane Nicole 24 hours before Election Day and still counted 7.7 million votes by midnight.

“How is it that the state of Florida, the Monday before the election we can declare a state of emergency for [Hurricane] Nicole, conduct an election, count 7.7 million votes by midnight, next morning we’re at the EOC [Emergency Operations Center], storm hits, you have washouts of A1A, other parts, we repair that by the weekend, and these other states are still counting their votes from the election – how pathetic is that!” DeSantis said at the time.

And now the Florida Department of State is thanking Ron DeSantis for his “unwavering support” for ensuring election security and integrity in the Sunshine state.

“During this election year, Governor DeSantis once again ensured that Florida’s elections are the gold standard for the nation, despite the challenges caused by two major hurricanes,” Secretary of State Cord Byrd said. “Governor DeSantis’ leadership and vision have once again led the way for the Department to support critical programs statewide that affect the lives of Floridians and Florida business owners in positive ways.”

Ron DeSantis promised to clean up and ensure the integrity and security of Florida’s elections.

And as a man of his word, DeSantis delivered on his promise and now Florida is the gold standard for elections.