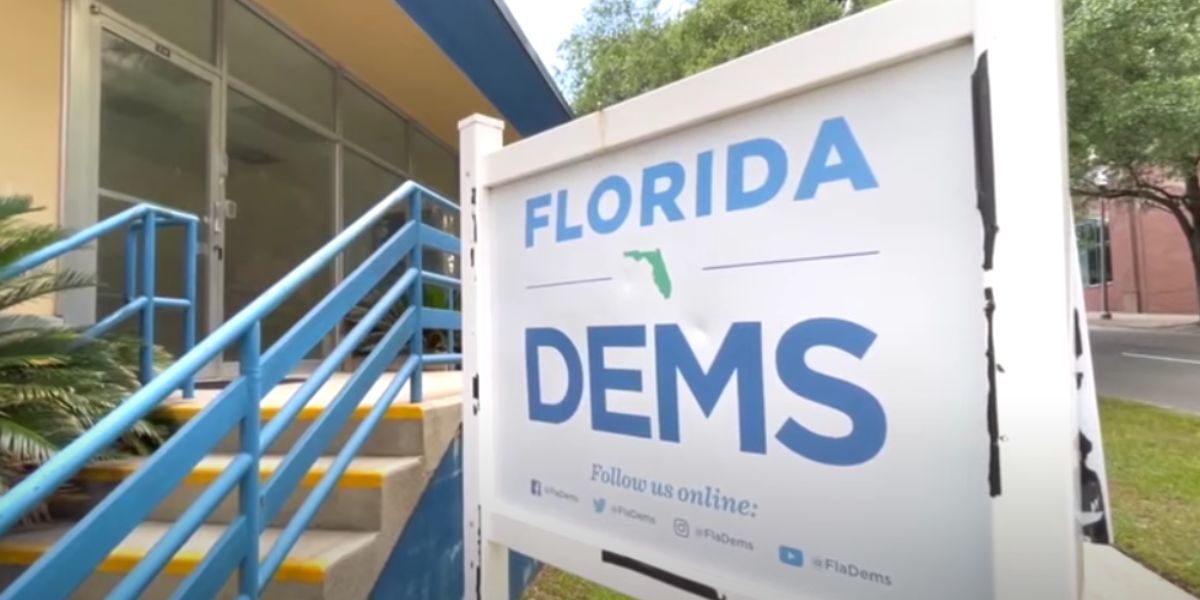 His bold leadership is remaking the political landscape.

And Ron DeSantis was all smiles after a top Democrat waved the white flag of surrender.

Florida was one of the few bright spots for Republicans during an otherwise disappointing Midterm election.

His nearly 20-point win was the largest margin of victory for a Republican Governor in Florida’s history.

Republicans in Florida also routed their Democrat opponents for every statewide elected office.

The GOP gained four seats in Congressional races and secured supermajorities in both chambers of the state legislature.

The Florida Democrat Party is in ruins after it was trounced up and down the ticket on Election Day.

For the first time in 150 years, Democrats don’t hold a single statewide elected office in Florida.

DeSantis’ bold conservative leadership is turning what was once the premier battleground state in the country into a dark shade of Red.

In the aftermath of their disastrous election, the top Democrat in Florida is throwing in the towel.

Florida Democrat Party Chairman Manny Diaz resigned from the job, saying that the major losses the Party suffered in the Midterm elections were “the final nail in the coffin.”

Diaz, a former Mayor of Miami, presided over a historic change in Florida politics.

For the first time in the state’s history, there are more registered Republican voters than Democrats.

When DeSantis was first elected in 2018, Democrats started out with a registration advantage.

But Republicans now have 300,000 more registered voters and that number is only likely to increase.

In a letter announcing his resignation, Diaz said the Florida Democrat Party “has been rendered practically irrelevant to the election of Democrats.”

He said that he struggled to raise money, recruit volunteers, and produce a winning message.

Diaz subtly suggested that Democrats’ embracement of socialism and other radical ideologies are a turn-off for Florida voters.

“If we continue to divide the electorate on self-described ideology, or insist on messaging that appeals only to a very narrow sliver of the population, we will continue to lose,” Diaz said.

When DeSantis was asked about Diaz’s resignation, he said Florida Democrats were preaching to the “woke choir.”

“I think they have a knee-jerk reaction to anything I do,” DeSantis said. “And I think it’s put them in a corner where they’re basically playing to the woke choir, which is a very small minority of people.”

He predicted that Florida Democrats wouldn’t change course from their woke ways.

DeSantis said that he was happy to be “leading the charge” during the Republican victories in the Midterm elections.

“There ain’t as many Democrats around as there used to be in the state of Florida,” DeSantis said. “And we had something to do with that.”

Ron DeSantis’ leadership has remade the political map in Florida and put the Democrats on a path to irrelevance in the Sunshine State.