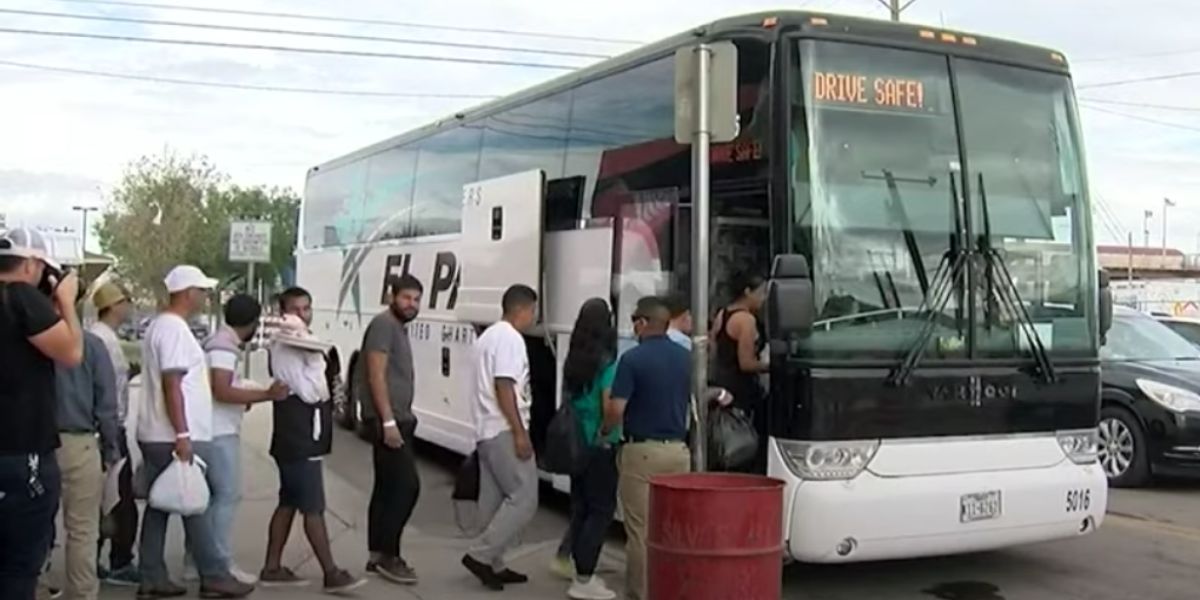 President Joe Biden has never visited the southern border and refuses to do so because “there are more important things going on.”

But Gavin Newsom recently took a trip to the southern border.

And Ron DeSantis was floored when he heard what California Governor Gavin Newsom admitted about Joe Biden.

During the trip, Newsom stunned reporters when he ripped the federal government – which is controlled by his Party – for not providing more funding to help the state take care of illegal aliens.

“The federal government is sending more and more flights, and more and more buses directly here to California because this state is doing what no other state’s doing,” Newsom told ABC’s Matt Guttman. “And that’s absorbing and protecting and preserving our values and advancing them by doing healthcare screenings, and taking care of folks, but the more we do, the more the burden is placed disproportionately on us.”

Thanks to Biden’s border crisis, Newsom said they’re “already at capacity at nine of our sites.”

However, even Newsom understands it’s about to get much worse when Title 42 expires.

Newsom said California will not be able to handle the massive influx expected when Title 42 expires.

“The reality is, unless we’re doing what we’re doing, people will end up on the streets,” Newsom said.

Although Newsom criticized the federal government’s response, he absurdly blamed the border crisis entirely on the Republican Party.

“He criticized the GOP and conservative news pundits for exploiting immigration as strictly a border security issue and ignoring the need for sweeping reform,” the Los Angeles Times reported.

After calling on both parties to work together to solve the border crisis, Newsom turned around and attacked Ron DeSantis for flying illegal aliens to Martha’s Vineyard.

Newsom admitted he is willing to work with Governor DeSantis and Texas Governor Greg Abbott if they are willing “to put aside their cruelty and their zest for demonization.”

Of course, what Newsom means is he will work with them if they go along with amnesty and taxpayer handouts for illegal aliens.

But the fact that prominent Democrats are talking about the border shows how out of control the situation has become.