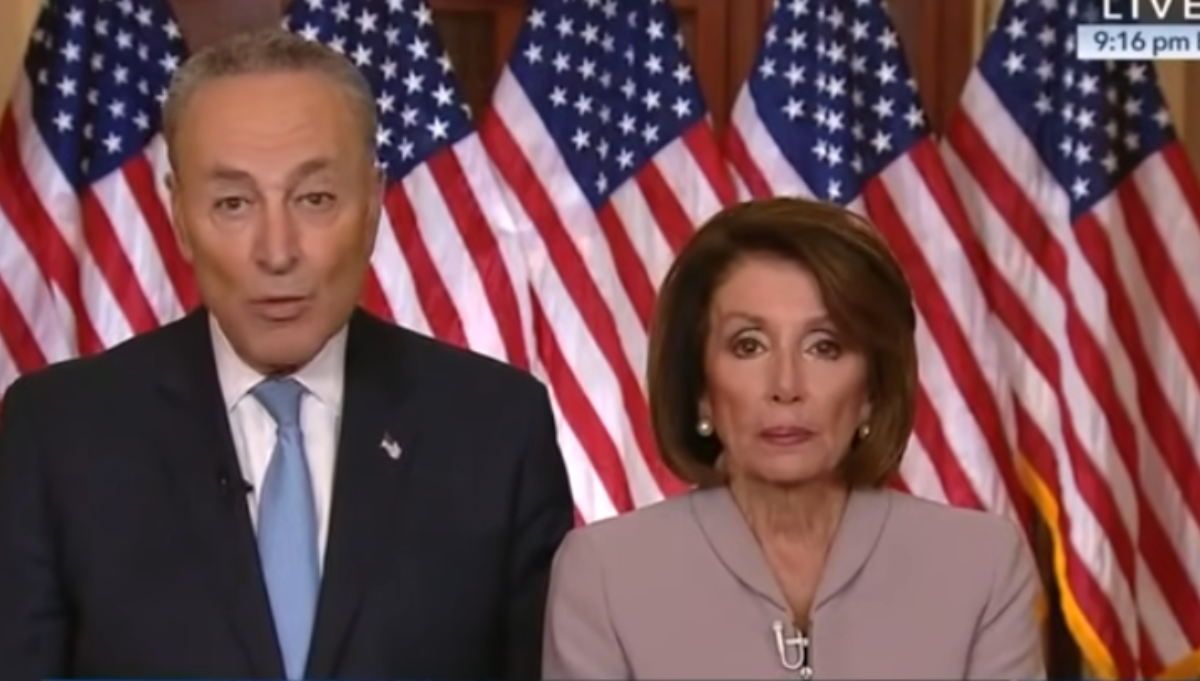 The political atmosphere is white hot across the country in the final stretch before the Midterm elections.

And Ron DeSantis was just handed one set of numbers that Nancy Pelosi and Chuck Schumer will find terrifying.

Ron DeSantis is running for re-election on November 8 against Democrat Charlie Crist.

Even though DeSantis got elected in 2018 by a razor-thin margin of 0.4.%, the Florida Governor is now a rock star in the Republican Party.

It all started when DeSantis stood up and rejected Joe Biden’s rules, restrictions, and mandates during the pandemic.

Once the pandemic was over, DeSantis then showed Republicans how to take on and defeat the woke Left.

Because of his willingness to fight back against the Left, DeSantis is now the most popular Republican elected official in the country and is considered a top contender for the GOP nomination even if Trump runs again.

Democrats were hoping Charlie Crist would stop DeSantis’ surge by defeating him at the ballot box on November 8.

But Crist has failed to gain any traction with voters in Florida.

And with only two weeks left, DeSantis is destroying Crist in the critical area of fundraising and leading him by double digits in the polls.

But a new Telemundo/LX News poll out of Florida will have Nancy Pelosi and Chuck Schumer terrified about losing control of Congress.

The Telemundo/LX News poll shows DeSantis leading Crist by 51% to 44% statewide among Hispanic voters, with 56% approving of the job the Governor is doing, compared to only 41% who don’t approve.

This is a huge flip since the last Governor’s election.

Miami is known for its large Cuban population, and the Telemundo/LX News poll shows 72% of Cuban-Americans favor DeSantis over Crist, who earns just 22% of their support in the poll.

The Democrats and corporate-controlled media viciously attacked DeSantis over it.

However, the poll found that 50% of Hispanic voters approved compared to just 43% who disapproved of the illegal alien flights.

Democrats have depended on Hispanic voters to give them the upper hand in Hispanic-heavy areas like South Florida, Texas, and Arizona.

But Hispanic votes started shifting to the GOP under Donald Trump.

Since Florida has one of the largest percentages of Hispanic voters in America, if Ron DeSantis helps bring enough into the Republican Party on November 8, it could help him achieve his goal of turning Florida into a solidly red state.

And it could also be a trend that causes Pelosi and Schumer to lose their majorities.