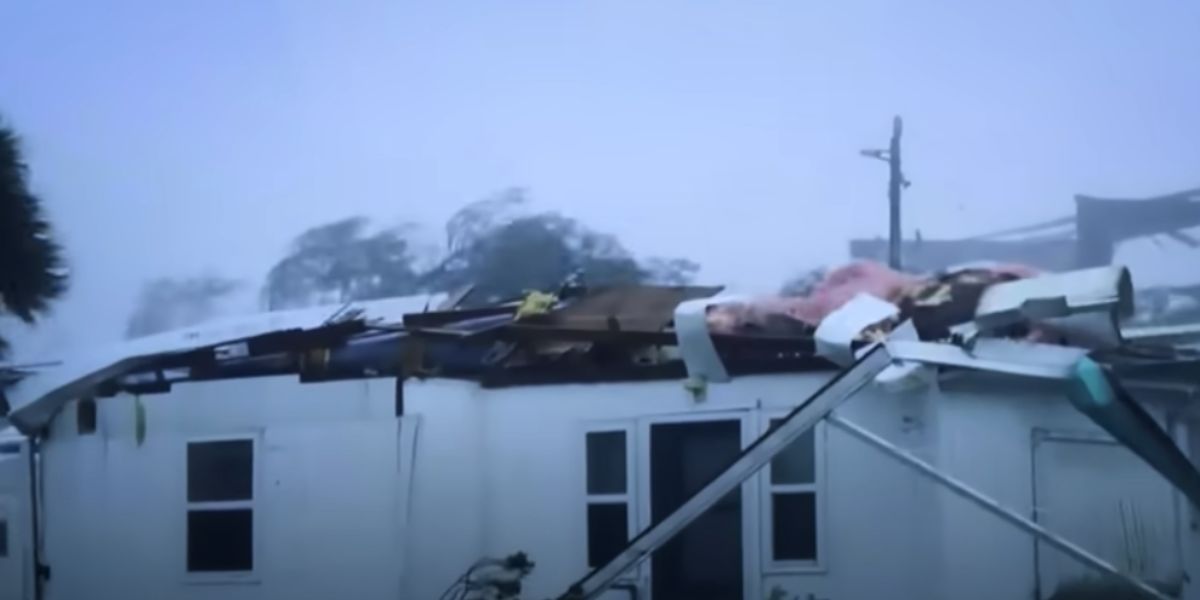 Apparently it’s not just Democrats who adhere to the “never let a crisis go to waste” motto.

And the disgraced Never-Trumpers at the Lincoln Project just dropped a nasty attack ad on Ron DeSantis that will have you seeing red.

Floridians are still recovering from the destruction Hurricane Ian inflicted on the state when it made landfall as a Category Four storm on September 28.

Billions of dollars in property was damaged and dozens of lives were lost as a result of the storm.

Governor Ron DeSantis is leading the recovery efforts in the Sunshine State.

Thanks to DeSantis’ leadership, power was restored within a matter of days and bridges were rebuilt in record time.

Originally, DeSantis had concerns that Joe Biden would put politics ahead of FEMA disaster relief and deny or slow-walk the approval of funds.

But Joe Biden was willing to put his political differences aside in the aftermath of the storm and swiftly approved DeSantis’ requests for federal aid.

Biden even visited Florida with his wife Jill to see the damage on the ground, where he praised DeSantis for his leadership in the recovery efforts.

Unlike Joe Biden, the Never-Trumpers at the disgraced Lincoln Project refused to put politics aside and seized the opportunity to use the crisis to attack Ron DeSantis.

The Lincoln Project is a group founded by Jon Weaver, who previously served as the chief strategist for RINOs such as John Kasich and John McCain.

During the 2020 Presidential election, the Lincoln Project ran ads nationwide using the millions of dollars they raised from Never-Trumpers and Democrats.

Weaver was forced to resign after it was discovered that he had groomed young men for sexual relationships, including one who was 14 years old at the time they first talked.

But that hasn’t stopped the Lincoln Project from continuing its war against conservative Republicans.

“The Lincoln Project released a new ad today asking voters to imagine how many lives could have been saved if Ron DeSantis had spent the weeks before hurricane season doing his job to prepare, rather than trafficking Venezuelan migrants, trolling the media, and planning his 2024 Presidential campaign,” read a press release from the Lincoln Project.

The attack ad claims DeSantis was too busy pulling “publicity stunts” instead of preparing for the Hurricane’s landfall.

“Ron DeSantis wasn’t ready for hurricane season because he was too busy planning an inhumane publicity stunt to further his Presidential ambitions among Trump voters,” Rick Wilson said.

“Ron desperately wants to get out of Trump’s shadow, but like Trump, he’s only concerned with his image and doesn’t care about governing,” he continued, before adding, “and now people have died and the state clearly isn’t ready for the hurricane season.”

Rick Wilson and his cronies at the disgraced Lincoln Project are grifters.

The people in Florida are smarter than they believe.

They see DeSantis on the ground leading the state back to recovery.

And the Lincoln Project’s tasteless ad only nine days after the hurricane only makes them look even worse.