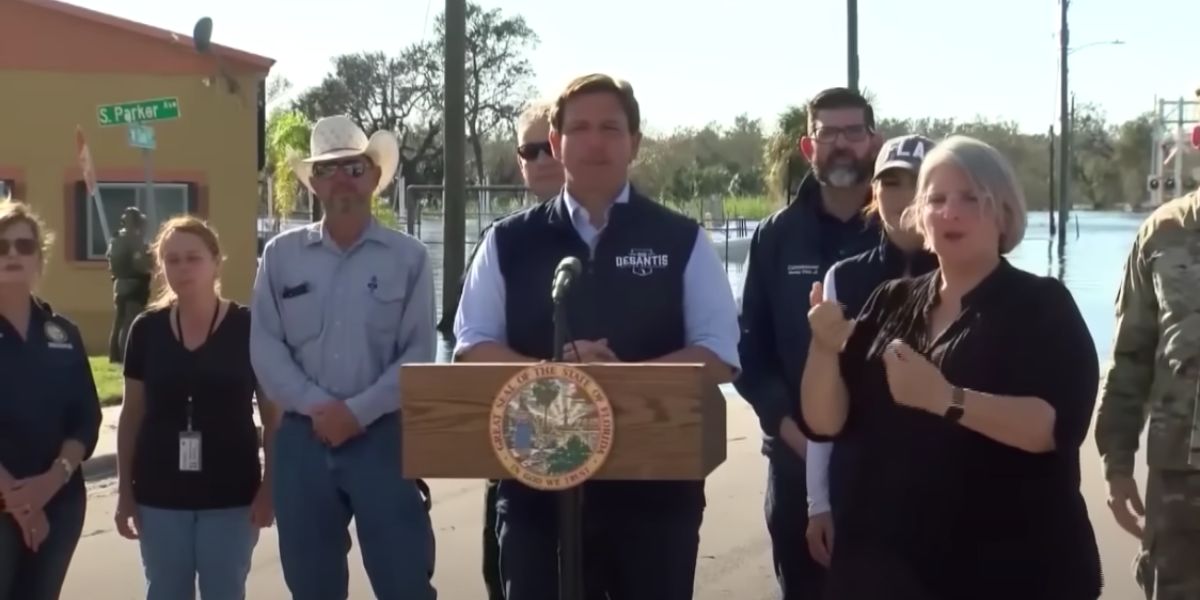 Democrats can always count on the corporate-controlled press to do their political dirty work.

And the Fake News Media just attacked Ron DeSantis in the most disgusting way possible.

Before Hurricane Ian smashed into Florida the press set up the narrative that the storm was a political test for DeSantis.

So-called “journalists” were rooting for death and destruction in the hopes they could run the smear campaign against DeSantis that they did against President George W. Bush in the aftermath of Hurricane Katrina devastated New Orleans.

But DeSantis capably and competently oversaw the state’s response to the tens of billions of dollars of destruction Ian inflicted on Florida.

DeSantis held multiple daily press briefings where DeSantis showed he was in command of the facts and every aspect of the state’s response and recovery effort.

That led the corporate-controlled media to switch tactics and instead attack DeSantis’ wife Casey as a political opportunity for leading the fundraising effort for the state’s disaster relief fund.

It is not unusual for politicians running for office to give their spouses a prominent role in an attempt to soften their image or portray themselves as family oriented. Barack Obama did so with Michelle, as did Joe Biden with Jill. It’s slightly more unusual for a governor in a moment of state crisis to elevate his spouse to a prominent speaking role during disaster press briefings, as Ron DeSantis has here.

It is a reflection, however, that Hurricane Ian has struck at a moment of high political drama, just weeks before Florida voters will pass judgement on Mr. DeSantis’ re-election bid – a contest that could also position him as one of the front-runners for the Republican presidential nomination in two years.

Mr. DeSantis has the nation’s attention at the moment, and it is an opportunity for him to introduce himself – and his wife – to potential voters far beyond Florida’s borders.

But despite the media sniping, Casey DeSantis went above and beyond raising over $20 million dollars in just 48-hours.

$20 million in 48 hours is a testament to the generosity, compassion and good will from people across the county. @GovRonDeSantis and I are incredibly grateful for the outpouring of support, thank you 🙏 pic.twitter.com/AT2kqBM2Qi

Democrats view Ron DeSantis as a threat to their power.

That’s why the media has run an unrelenting avalanche of hit pieces on DeSantis over the last several years.

Now that campaign to destroy DeSantis extends to his wife.

DeSantis Daily will keep you up-to-date on any new developments.