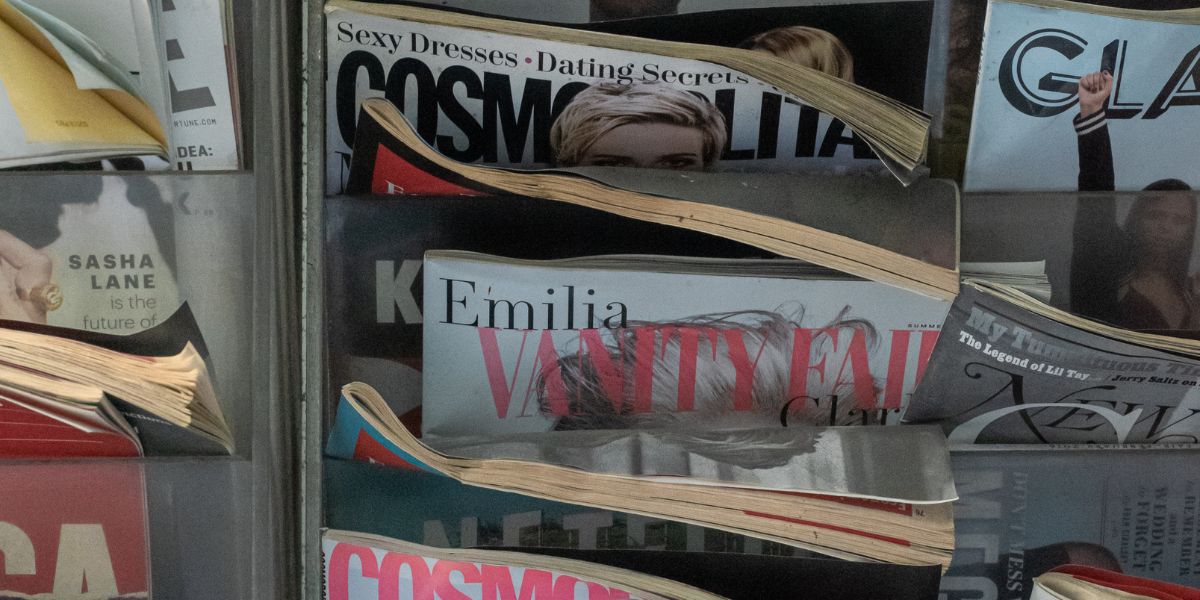 It’s causing them to lose their minds.

And the Fake News Media just told the most mind-blowing lie about Ron DeSantis ever.

It’s just as predictable as the sun setting in the west and rising in the east.

The corporate-controlled media will always claim the next Republican frontrunner for President is a Hitlerian monster who dwarfs the threat posed by the last Republican President.

Leftists in the press spent eight years attacking George W. Bush as a fascist dictator pushing America one step closer to morphing into a Christian theocracy.

But as soon as Donald Trump won the White House, the media presented George Bush as the picture of decency and a stalwart support of democracy to build up Trump as a tyrant in embryo looking to impose autocracy on the nation.

Now that polls show Florida Governor Ron DeSantis is one of the top contenders to win the White House, DeSantis is getting the “worse than Trump treatment.”

Bess Levin of Vanity Fair was not the first to write that story, but hers was probably the most hilarious.

In a piece entitled “A COMPREHENSIVE GUIDE TO WHY A RON DESANTIS PRESIDENCY WOULD BE AS TERRIFYING AS A TRUMP ONE” Levin ticked off all the reasons why DeSantis was actually more of a fascist than Trump.

“But wait, you say: Wouldn’t DeSantis be a hell of a lot more preferable to send to the White House than Donald Trump? Shouldn’t we be happy about the fact that, at the very least, he doesn’t seem like the type of guy who would Sharpie over a hurricane map to cover his own ass or force people to think about what he gets up to in the bathroom? And the answer is no! We shouldn’t be!” Levin exclaimed.

Levin then listed all the usual complaints: DeSantis is a bully because he refused to allow woke corporations to run roughshod over the state, DeSantis hates free speech because he signed legislation banning Critical Race Theory in classrooms, and that he engaged in human trafficking by flying 50 illegal aliens to Martha’s Vineyard to highlight Joe Biden’s open borders policies.

But probably the most absurd attack Levin launched was that DeSantis was “anti-science.”

He enacted a law prohibiting businesses from requiring proof of vaccination, including in petri dish environments like cruise ships. He withheld pay from school board members requiring masks; held a press conference with a guy who claimed COVID vaccines change your RNA; and offered unvaccinated cops $5,000 to relocate to Florida. In September 2021, he appointed Joseph Ladapo to serve as surgeon general of the state, apparently having appreciated the flurry of op-eds the doctor had written promoting hydroxychloroquine and ivermectin, opposing masking and lockdowns, and questioning the safety of vaccines. Ladapo later recommended that healthy children not get vaccinated against COVID-19, despite the CDC and American Academy of Pediatrics advising they do so and cited what experts said was a deeply flawed study that also recommended men between 18 to 39 not be vaccinated.

What makes this so preposterous is the fact that DeSantis was the only Governor in America who actually followed the science.

DeSantis led the opposition to COVID mandates and lockdowns precisely because he followed the science.

While Dr. Fauci and others were falsely claiming there was a way to stop the spread of COVID, DeSantis looked at the actual data and chose another path.

DeSantis protected the vulnerable population and rejected widespread lockdowns, school closures, mask mandates, and vaccine passports to allow the rest of society to get on with life.

COVID hysterics in the Fake News Media flipped out, but DeSantis won the argument and re-election by 19 points.

And now that the polls show DeSantis is a threat to win the White House, left-wing activists in the media are hyping him up as a scarier threat than Trump.