The New York Times tried to smear Ron DeSantis. Here is how it backfired 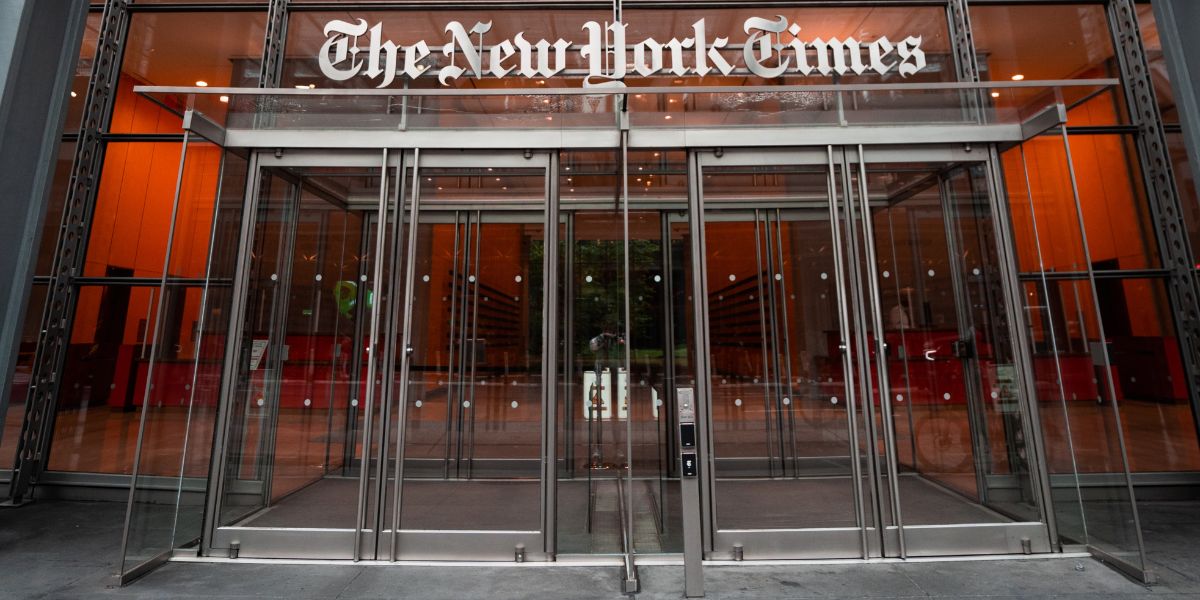 The corporate-controlled media continues to show that Florida Governor Ron DeSantis scares them more than any other Republican in America.

Activists in the press drew out the daggers after Governor DeSantis rolled to a nearly 20-point landslide re-election win.

That’s why The New York Times tried to smear Ron DeSantis. Here is how it backfired.

Ron DeSantis’ political strength derives from the fact that Americans see the Florida Governor as the leader against COVID lockdowns and mandates.

In anticipation of DeSantis’ expected 2024 presidential campaign Democrats sought to turn DeSantis’ strength – his COVID response – into a weakness.

Can Ron DeSantis effectively challenge Trump? I have no idea. But one thing I hope doesn't get forgotten in the horse-race coverage is DeSantis's major achievement as governor: the unnecessary death of around 20,000 Floridians 1/

Krugman claimed he arrived at these numbers by adjusting for population and then compared Florida to California and New York – two blue states that locked down and imposed strict COVID mandates.

Conservatives slammed Krugman for using fuzzy math to lie about Florida, noting that Florida has the nation’s second oldest population and that age was one of the leading indicators of a bad COVID outcome.

“How on earth do you not adjust for age unless you’re trying to be a complete liar?” Townhall.com web editor Rebecca Downs tweeted.

“Florida has the second oldest population in the nation. And the vaccines don’t work as promised. You are a hack partisan buffoon on this issue, like everything else. LOL at ‘anti-tax propaganda’ though,” Rubin Report host Dave Rubin declared.

Democrats always show you who they are afraid of by who the press lies about and smears.

DeSantis won a nearly 20-point landslide because he kept schools and businesses open without requiring masks or vaccines.

Democrats know that is a winning message in 2024.

And the press is trying to get ahead of the game by trying to smear DeSantis as a serial killer to blunt that narrative.