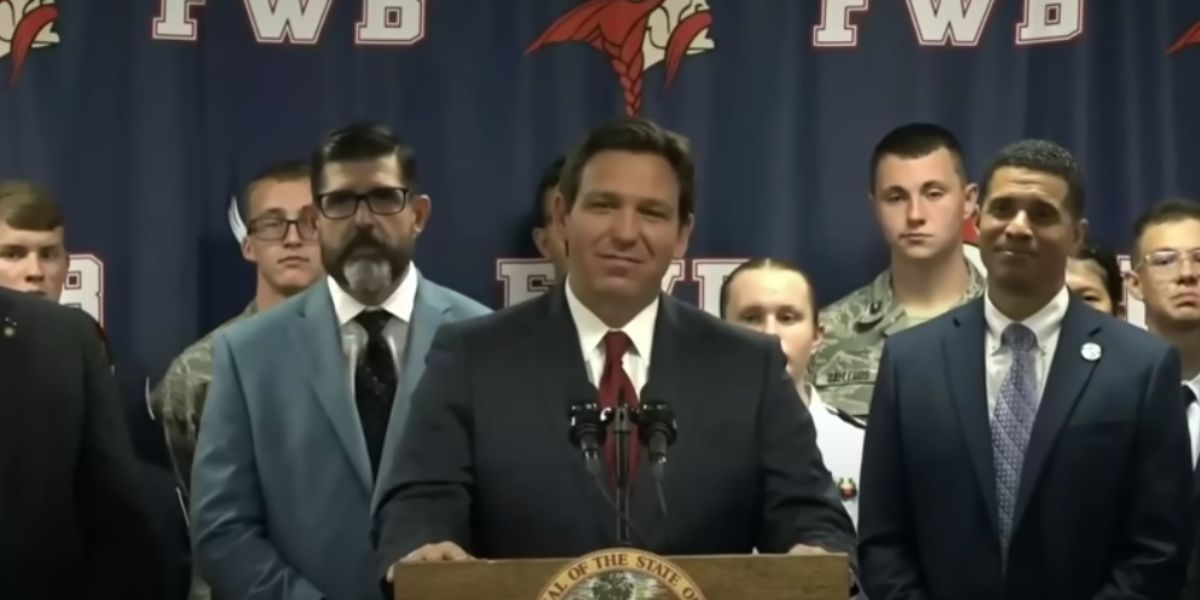 Florida Governor Ron DeSantis was one of the big Republican winners from the Midterm election.

DeSantis’ nearly 20-point win established him as a star on the rise.

And these shocking new polls had Ron DeSantis grinning from ear to ear.

The big stories coming out of the Midterms were DeSantis turning the perennial swing state of Florida into a ruby red bastion where Democrats can no longer compete and some conservatives blaming Donald Trump for the dismal showing nationwide.

Trump endorsed a slate of candidates in gubernatorial, Senate and Secretary of State races that largely fell short with only two out of 18 emerging victorious.

Conservative discontent with Trump and fascination with DeSantis manifested itself in polls recently taken by the Club for Growth and the Texas Republican Party.

Conducted between November 11-13 after the midterm election, the poll surveyed voters in New Hampshire, Iowa, Georgia, and Florida to discover that Ron DeSantis now leads Donald Trump in all four.

The Texas Republican Party’s poll found a 31-point swing towards DeSantis from the survey the party took on October 23.

None of this is to say that Trump is finished or that DeSantis is guaranteed to win the 2024 GOP nomination.

But what this polling data does show is that if Ron DeSantis runs for President in 2024 he starts the race in the front-runner position alongside Donald Trump.