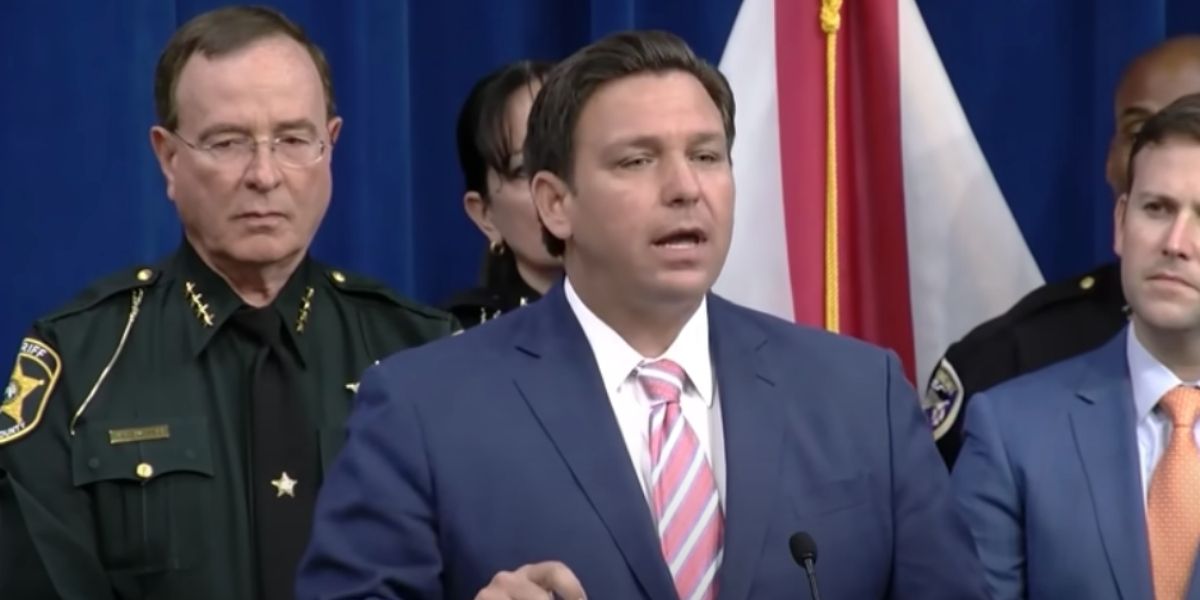 The left-wing press spent the past year trying to start a feud between Donald Trump and Ron DeSantis.

But Ron DeSantis is not one to play along with the media’s narrative.

And this reporter instantly regretted asking Ron DeSantis to comment on the brewing GOP civil war.

In the days leading up to the Midterm elections, Donald Trump threw gas on the fire of the feud rumors by taking several shots at Ron DeSantis.

Trump called him “Governor DeSanctimonious” during one of his rallies.

He followed that up by releasing a full statement calling DeSantis an average Republican Governor and noting that without his endorsement in 2018, he would have never been elected as Governor.

DeSantis mostly ignored the criticism, but on Tuesday he told reporters it was “only noise” and was just part of the job.

As for him being an average Governor, DeSantis said he “would just tell people to go check out the scoreboard from last Tuesday night.”

However, the next day a reporter tried to get DeSantis to get further and mention Trump directly by name.

During a press conference on Wednesday, a reporter asked Ron DeSantis to comment on the post-election “GOP civil war” that was brewing after Republicans underperformed at the polls last week.

And DeSantis was not shy about telling the reporter exactly how he felt.

“We just finished this election, ok?” DeSantis shot back. “People just need to chill out a little bit on some of this stuff,” he continued, before adding, “I mean, seriously, we just ran an election.”

Instead of fighting with one another, DeSantis said right now Republicans should be focused on winning the December 6 Georgia runoff election between Herschel Walker and incumbent Democrat Raphael Warnock.

Although Republicans no longer have a chance to take the majority in the Senate, if Herschel Walker wins the race in Georgia then the Upper Chamber will be split 50-50 with Kamala Harris serving as the tie-breaking vote.

DeSantis said instead of running his mouth and arguing with everyone, he is focused on producing results.

“I think what we showed in Florida is just to produce results, lead with conviction,” DeSantis said. “I never put my finger in the wind or took polls.”

“I just did what I thought was right,” he added.

Ron DeSantis is not one to change his views based on the latest poll numbers.

And Florida residents rewarded him with a landslide re-election victory and four more years as Governor.