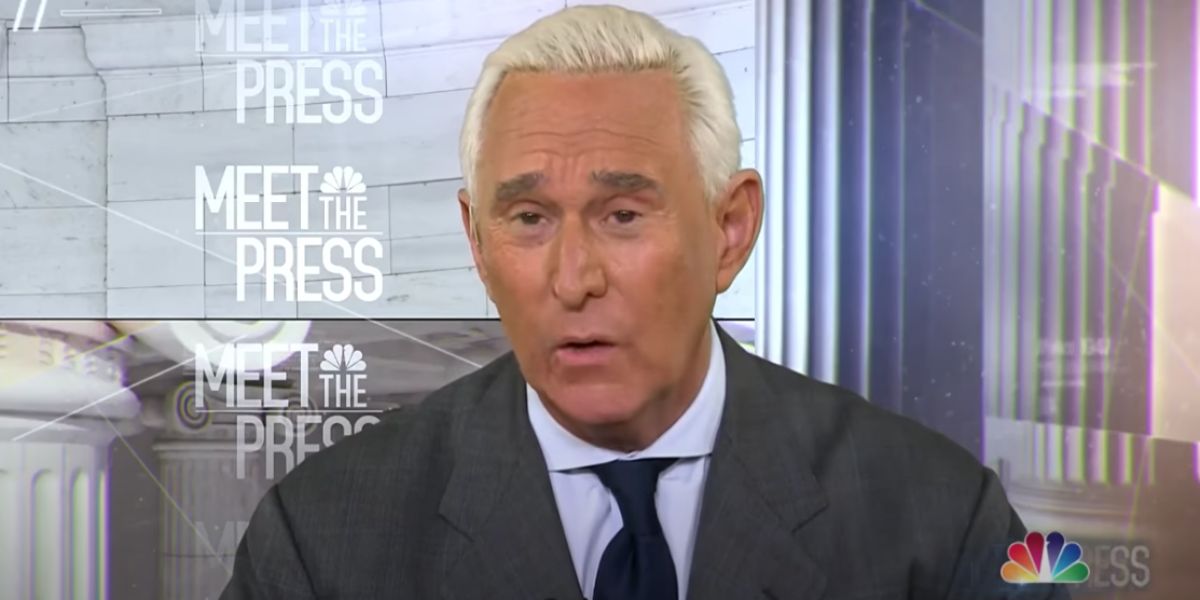 Polls show they are the top two contenders for the GOP Presidential nomination.

And what a top Trump ally just said about Ron DeSantis will leave you speechless.

Political operative Roger Stone is a Florida resident and one of Donald Trump’s closest advisors.

During an interview with Real America’s Voice David Brody, Stone slammed the idea of DeSantis running for President.

Stone claimed “it would be an extraordinary act of political treachery and disloyalty” if DeSantis challenged Trump in two years.

Then Stone said when DeSantis ran for Governor in 2018 Donald Trump’s endorsement rocketed DeSantis from the back of the pack to the nomination.

“Ron DeSantis became Governor solely because of Donald Trump,” Stone added. “He was an unknown Congressman, his campaign was mired in single digits, he was having fundraising problems.”

But then Stone veered into outrageous falsehoods claiming DeSantis would be working at a Dairy Queen and never would have defeated Democrat opponent Andrew Gillum in the 2018 general election without Trump’s support.

“Ron DeSantis’ campaign was turbocharged by a tweeted endorsement by Donald Trump,” Stone ranted. “Otherwise, he would be working at a Dairy Queen right now. Trump had to campaign here in Florida in the last two weeks of 2018 to drag DeSantis over the finish line.”

Polls show Ron DeSantis is the strongest Republican to run against Joe Biden in 2024.

Other polls also show DeSantis leading Trump both nationally and in key early primary and caucus states like Iowa and New Hampshire.

Some conservatives believe the GOP needs to move on from Trump in 2024.

Conservatives believe Trump was a great President, but that after the Midterm election the party needs a new voice.

Trump supporters attacking DeSantis avoid any discussions of policy or ideology due to the fact that DeSantis owns a rock-solid conservative record.

DeSantis’s strength – rejecting COVID lockdowns and vaccine mandates – play to Trump’s biggest vulnerability as Trump promoted Dr. Fauci, had “15 days to slow the spread” occur on his watch, and developed the risky and ineffective COVID vaccines.

That’s why Trump supporters like Roger Stone instead attack DeSantis for acting disloyal by not waiting his turn to run for President.